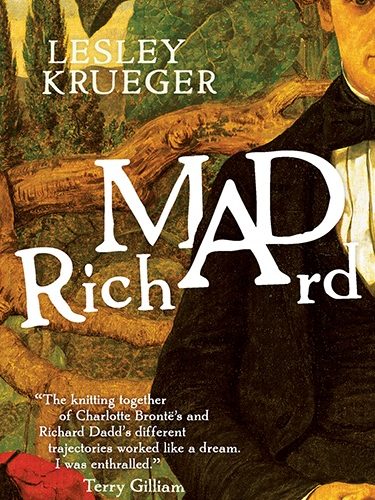 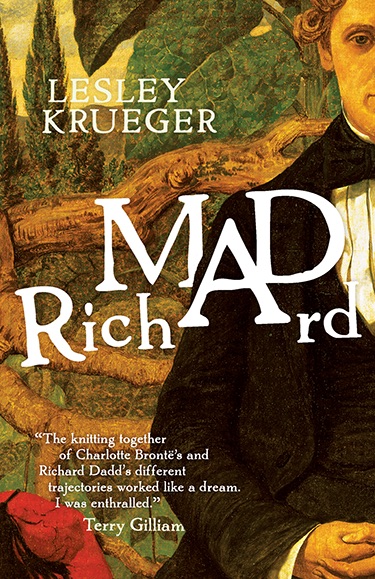 Lesley Krueger’s novel tracks the rise and fall of painter Richard Dadd; the latter years of Charlotte Brontë’s life, after she lost the last of her siblings; and touches on the success and personality of Charles Dickens. Mad Richard is a book of elaborate character sketches; but by being episodic, it sometimes snuffs its own momentum and is inconclusive about many questions it raises. Regardless, my patience was rewarded, and I came to love Krueger’s writing.

There were early soundings of the source of Richard’s neurosis. When remembering his family tackling Shakespeare, Richard thought his father had read all the parts, “until last year, when he’d caught a weird fireside flicker of their mother’s smile on [his elder sister] Rebecca’s lips and realized their mother must have read parts as well. It came to him that he had no idea what she’d been like.” Inverse to such sad thoughts, when comparing himself to Dickens, Richard later portrays himself as unfettered: “He began pausing as he painted, worried that he hadn’t any anger in him, no chip on his shoulder he dared you to knock off, no sense of neglect to nip his bollocks and give him a raging, urgent sense of momentum.”

Psychology is for Krueger a matter of intricate detail: as Richard gains skill, she writes knowledgeably about painting techniques, as she does about the literature and theatre of the time. Kreuger’s technical insights into art accompany other ones into political and social trends of the time, which connect Dadd to Brontë and her literary and personal dilemmas.Impending spinsterhood forces Charlotte to consider a suitor “beneath” her, Nicholls. His proposal, made pale and trembling, “she’d been touched to find was entirely based on his love for her private self rather than her reputation.” After scenes where Nicholls is rejected by Charlotte, as well as browbeaten by her proud father, comes one of my favourite passages in the book: when she invites him back to her and he says, “Hullo then. You came… Belatedly hearing what he said, Charlotte realizes that Mr. Nicholls had walked forty miles without being certain she would meet him.”

We feel Charlotte’s loneliness just as strongly, and her story is the lone arc telegraphed from start to satisfying resolution. That its tidy progression is in contrast to the other subplots implies the main flaw of a marvellous novel, a flaw absent from many inferior books. (Feliks Jezioranski)