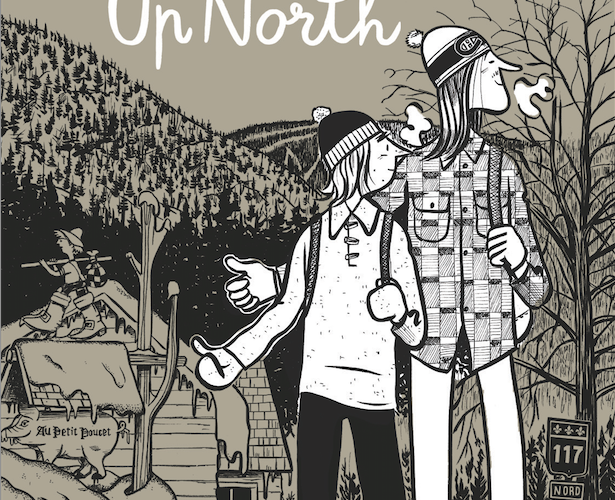 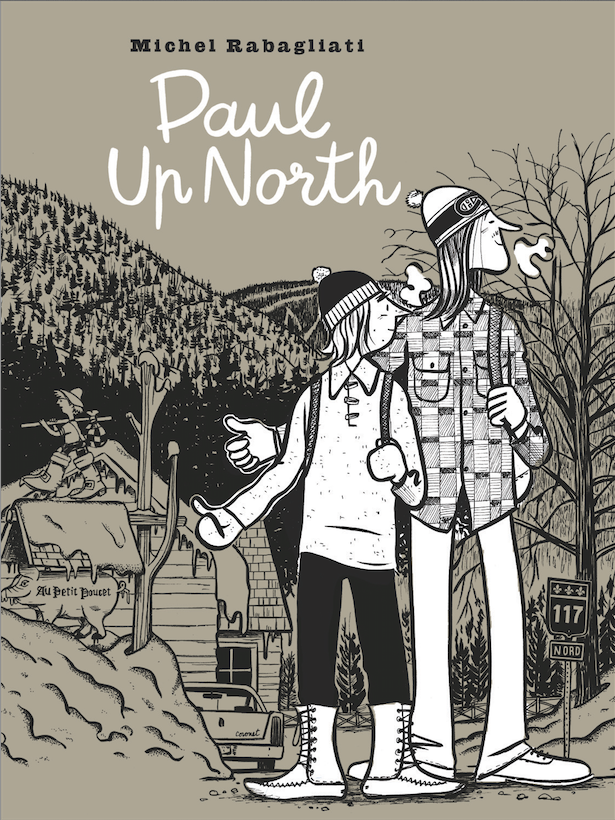 When I first started this novel, I knew I had seen this scawny teenager before. Rifling through my back copies of Taddle Creek, I found a scene from this work’s second chapter, featuring Paul squirm as his obnoxious uncle cat-calls two women. One of them fires back at his invitation to ‘sit on his face’ with the zinger “How come?…Is your nose longer than your dick?” That’s when I knew this was going to be good.

The newest installment in the semi-autobiographical graphic novel series featuring Rabagliati’s Paul Rifiorati, Paul Up North begins with Paul’s first day at a new high school in 1970’s Montreal. All the usual teenage bases are covered- drugs, strippers, and cathartic burning of childhood club houses, while staying creative; time passes with scenes only narrated by song lyrics, asking readers to hear the musical scene on their own, showing the possibility for dual sensory experience on flat paper.

Rabagliati’s Paul gets into trouble. Getting lost in the frozen Mont-Laurier wilderness and caught up in shouting matches with his Dad, Paul experiences the frustration of having all the emotions and none of the perspective. However, the literal body language and reflective thoughts of Rabagliati’s protagonist steers the narrative toward comedic hyperbole and away from the usual angst. Paul sees himself with four shoes in his mouth after rejecting his girlfriend’s homemade banana bread ,and is lifted into the air, arms flapping, to show her he can be carefree. The teenage years do end, and whether it involves a speeding motor cycle or not, there’s a humour in this work that sees a bright future. (Grace Bueler)