This year, Broken Pencil is proud to be a sponsor for the annual Doug Wright Awards, celebrating the best in Canadian cartooning and comics, held every year during the beloved Toronto Comic Arts Festival. With large gatherings a no-go, the illustrious Saturday night ceremony will be held virtually, but with no less pizzazz than the comics crowd has come to expect.

The 16th annual Doug Wright Awards will air this Saturday, May 9th, at 8 pm via the Awards’ homepage or its YouTube channel.  The awards show is known for being properly entertaining and thoroughly professional, a rare balance in the comics world. Watchers can expect lots of special guests as always, including this year’s host, Canadian actor Don McKellar.

“Obviously, we’d rather be celebrating with everyone in person, but we’re hardly alone in that,” says Conan Tobias, the Executive Director of the Doug Wright Awards. “Everyone from our host, Don McKellar, to the nominees and all of our special guests pitched to help put together a virtual ceremony and we’re grateful for that… This may not be the ideal, but it’s something different and that’s not always a bad thing. I’m proud of the on-the-fly event we managed to put together.”

Here at BP, we’re especially excited about The Spotlight Award (a.k.a. “The Nipper”), created to recognize emerging talent. We spoke to three of the Nipper nominees about their work and how self-isolation has impacted them. 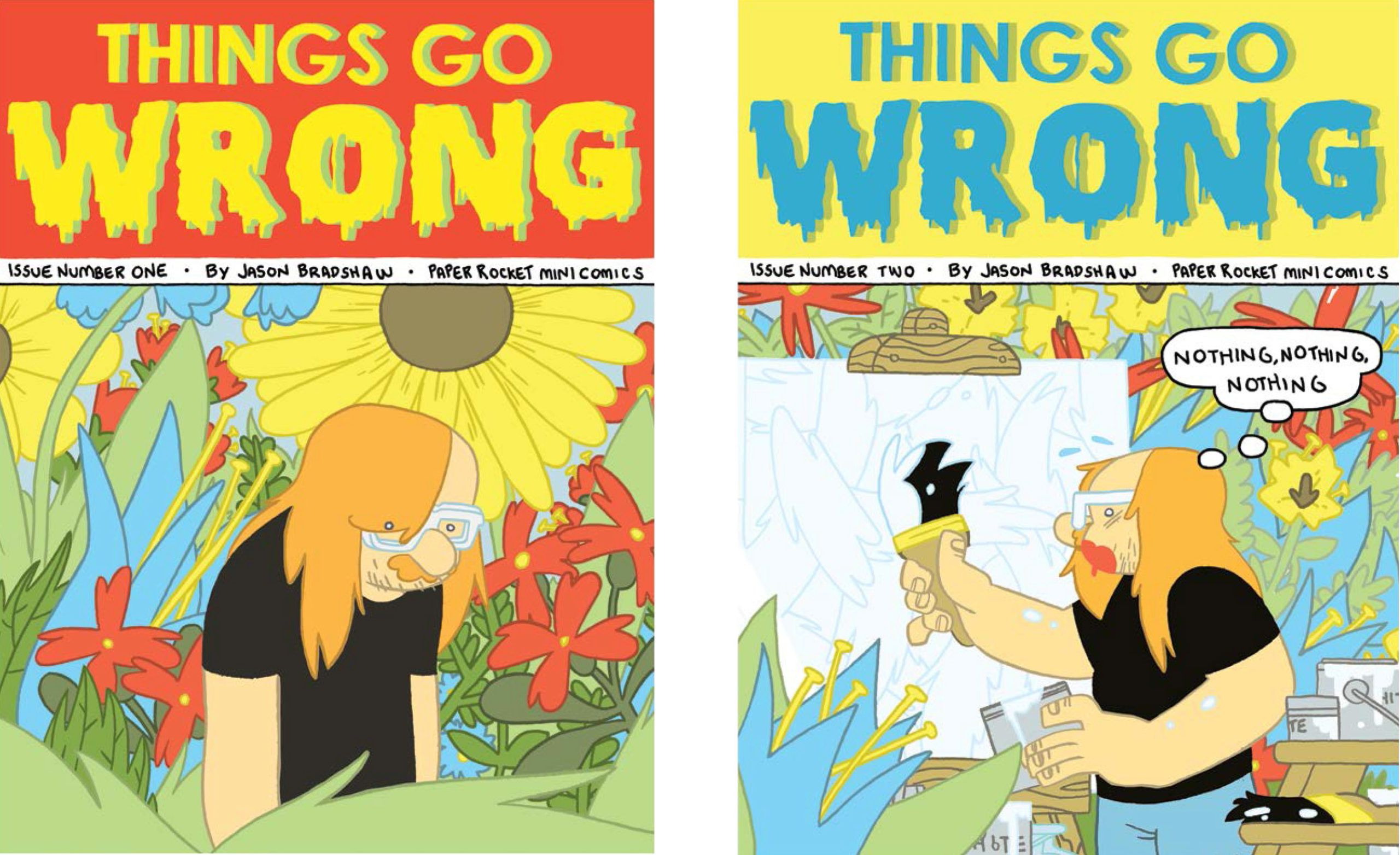 Jason Bradshaw, 35, has been working on his self-published comic zine, Bore, for the past 10 years and is nominated for his first full-on foray into graphic novels, Things Go Wrong — a title that feels particularly poignant nowadays.

“I really love the Doug Wright Awards. I go to it every year,” he says. “It’s probably the most meaningful award ceremony for me. It’s really local and my type of community, it means a lot to me.”

His says his experience with depression and anxiety has been a major source of inspiration for his comics.

“It’s almost like a form of a catharsis for me to actually do the work,” he says, adding that such affective energy was particularly at play his nominated work. “The subject matter is very heavy. Doing a graphic novel takes forever, and staying within this negative emotional state the entire time working on it was challenging.” 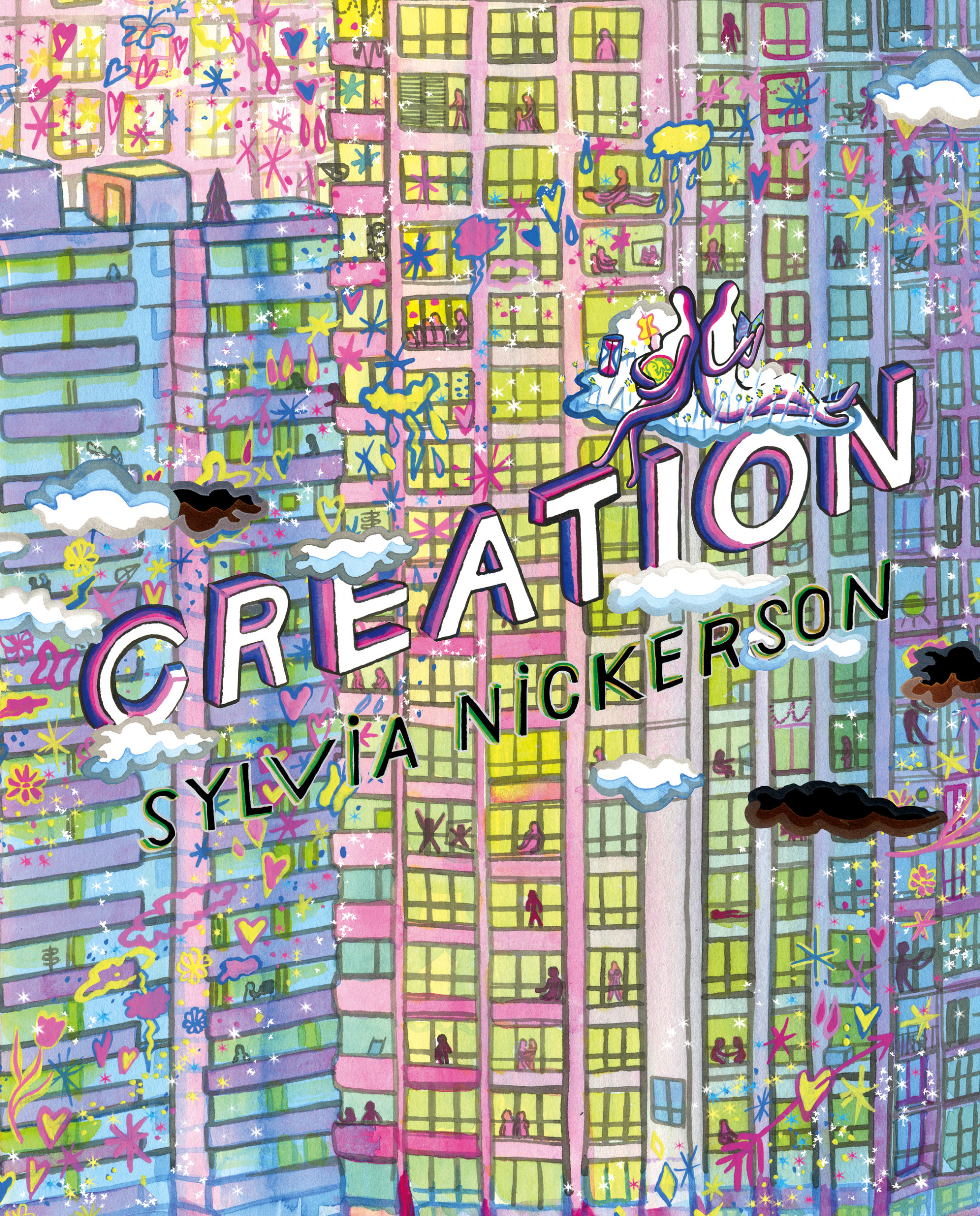 Sylvia Nickerson, 41, has done her fair share of moving around Canada. Now residing in Hamilton with her two kids, she went down the road of illustration after she finished art school and freelanced for about 10 years. When she went to grad school for history,  she started thinking about the stories we tell and don’t tell, a threshold that bears out in her nominated book Creation (Drawn & Quarterly).

The book is a tour through contemporary Hamilton in all of its complexities and paradoxes, from the rough but resilient working class roots of the Rust Belt city to the wave of artist and yuppies it now finds in its midst.

Nickerson found out she was nominated a week after her family began self-isolating,  COVID-19 having cancelled her in-person job and her children’s schooling.

“It was very meaningful news, after TCAF was cancelled and so many other things I was supposed to be doing right now as an artist got cancelled,” she says of the nomination. “I feel like the comics community is a fairly tight knit community and I feel like it runs on a lot of love.”

“Hopefully I can contribute as much as I take away from that,” Nickerson continues, reflecting on her return to the medium after taking time for her family and career.  “I think I’m in the comics community to stay. I want to write some more books so, it’s definitely encouraging to stay on that path.” 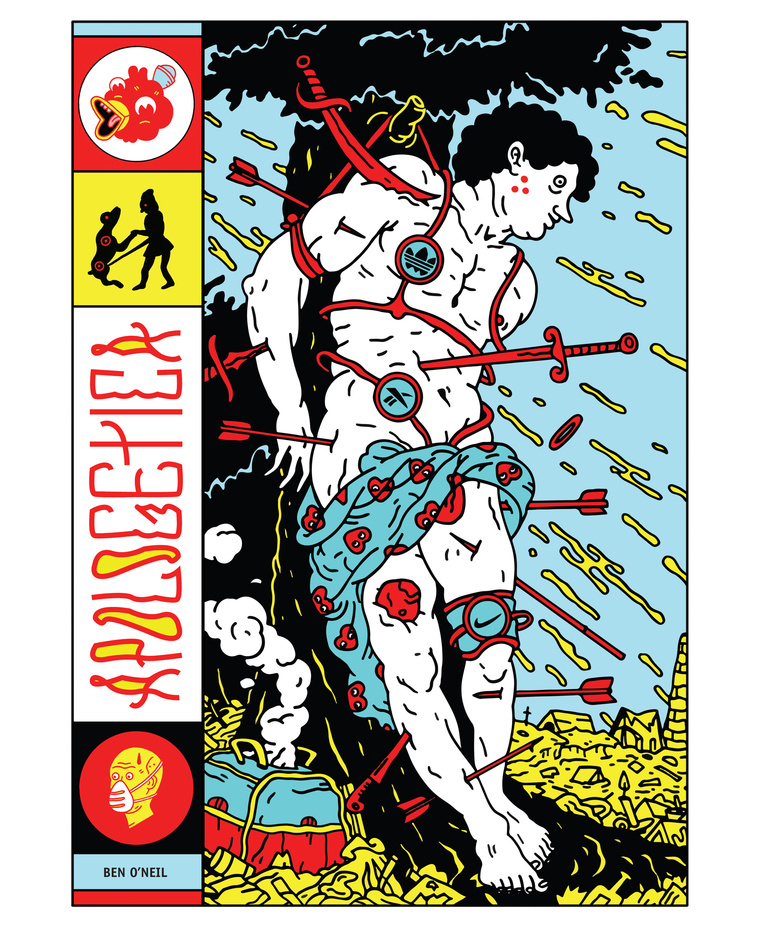 Ben O’ Neil started making comics about six years ago when he was attending school at OCADU. Despite studing in the curatorial program, he emerged from the degree much more interested in pursuing his own comics and illustration. So, like so many others, he self-published a few pieces and started tabling at festivals. While he worked on his own projects, he also made a name for himself as a freelance illustrator and designer, most recognizably for Sweet Jesus, a hip Toronto-born ice cream shop. He also did a stint as an intern at Broken Pencil, and his work has appeared on our site and in our pages more than a few times. Now, his book Apologetica (PopNoir Editions) joins the ranks of Nipper nominees in 2020.

“Apologetica is my first published collection of comics, exploring our feelings of guilt towards the natural world, and the strange rituals we adopt to ground ourselves ethically,” O’Neil explains. “The comics in Apologetica are pretty bleak, so it was nice to see that some people actually enjoyed them!”

O’Neil is already working on his next book, an interactive tarot deck with multiple storylines and endings. He plans on finishing the project early next year.

“I think the medium of comics is probably regarded with a little more respect than it was 20 or 30 years ago, and that the idea of a ‘serious’ or literary long-form comic is something that more people might consider reading,” O’Neil reflects ahead of the Awards.  “Impact can be sort of a hard thing to pin down, but I do think that comics have continuously allowed us to innovate how we visualize stories, and that it’s an important and valuable medium.”

The other nominees for this year’s Nipper award are 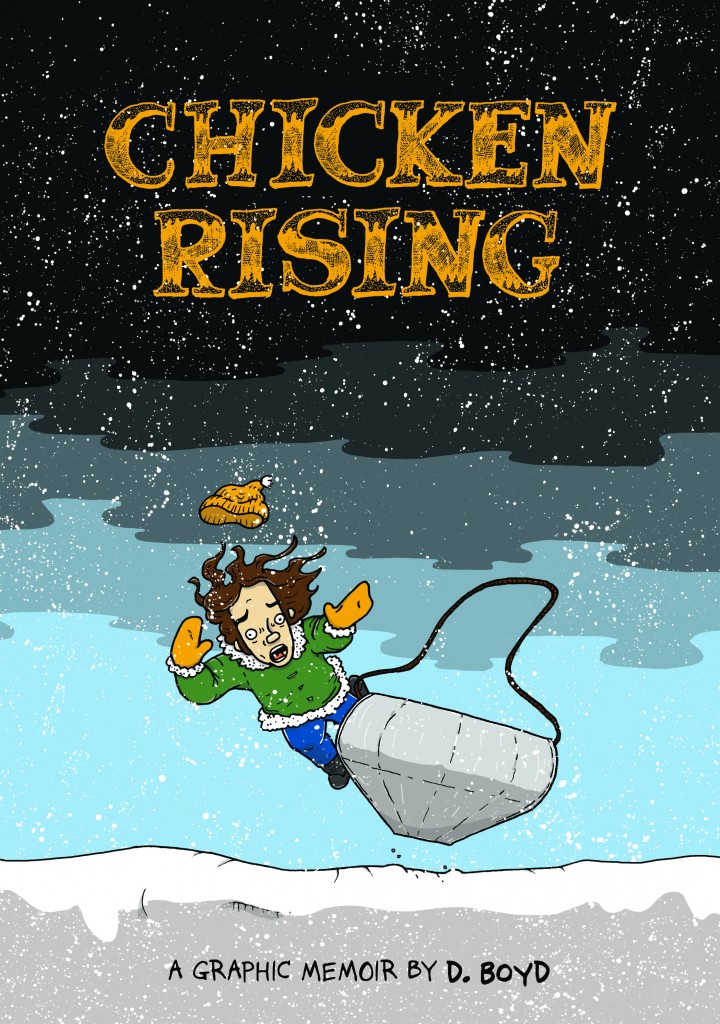 Check out an interview with D.Boyd, nominated for his memoir about growing up in St. John. [/column][column size=one_half position=last ]Dakwakada Warriors (Conundrum Press) by Cole Pauls 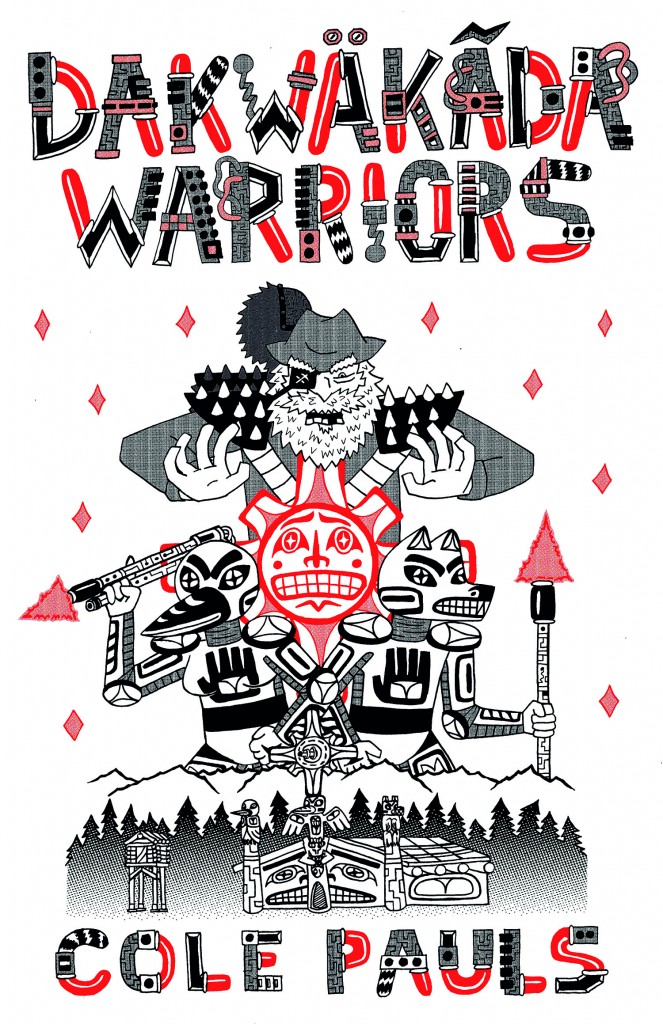 Cole’s self-published zines, including his the comic that was the winner of the first ever Broken Pencil Zine Awards back in 2017, are collected and re-mastered in this collection from Conundrum, complete with an all-new comic.  [/column]