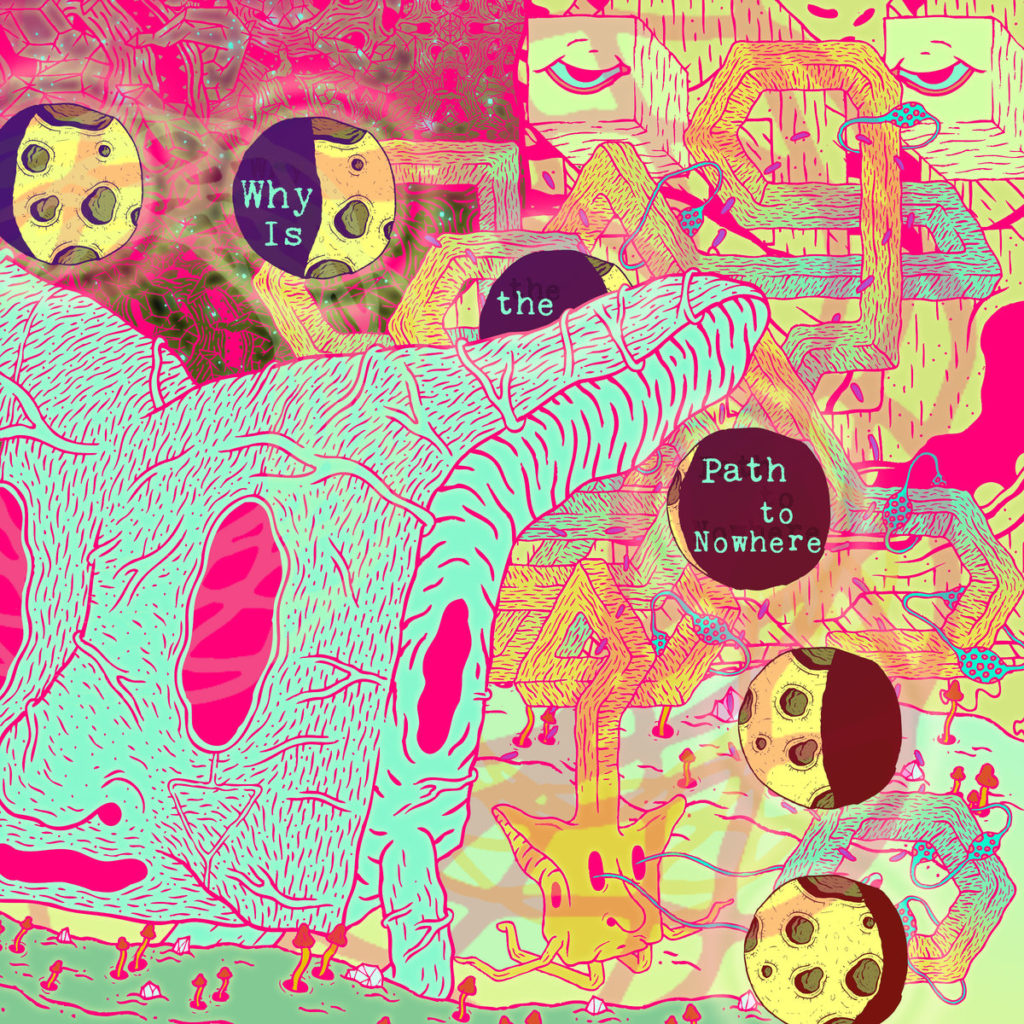 Why is the Path to Nowhere

You’ve heard of the visual album. Now, get ready for the comic album. This psychedelic folk record comes with a comic book companion, which can be enjoyed alongside the music or separately. I read along while listening to the accompanying tunes, which only took about 20 minutes.

The experience of reading a companion comic while listening to an album took some getting used to. For the most part, the pacing of the book and the music is synchronized, and the lyrics cut out to give you time to read the dialogue. There are, however, a few parts where I had to pause the album to catch up, and others where I read a little bit ahead. These stories are meant to be parallel, not necessarily the same thing presented through different media, so I can’t fault them for not perfectly lining up.

The book, with its typewriter text on white, blocky speech bubbles and occasional overlays, looks like a cut-and-paste-style zine, which is a neat touch. It’s printed using offset lithography, further adding to the old-school analog aesthetic. The art style is complex and often somewhat grotesque, all of which matches well with the weird, psychedelic sounds on the album. And the music is often weird, have no doubt about that.

Well, everything about this is weird. I mean that positively, though I admit I’m still not totally sure about what was happening in a few scenes. Don’t let that put you off though. Why is the Path to Nowhere is a charming set, and it’s clear a lot of love went into its production. The format of an album with a companion comic is something I’d like to see a lot more of, and I thank Michael McGlennon for introducing me to it. (Pat Reddick)