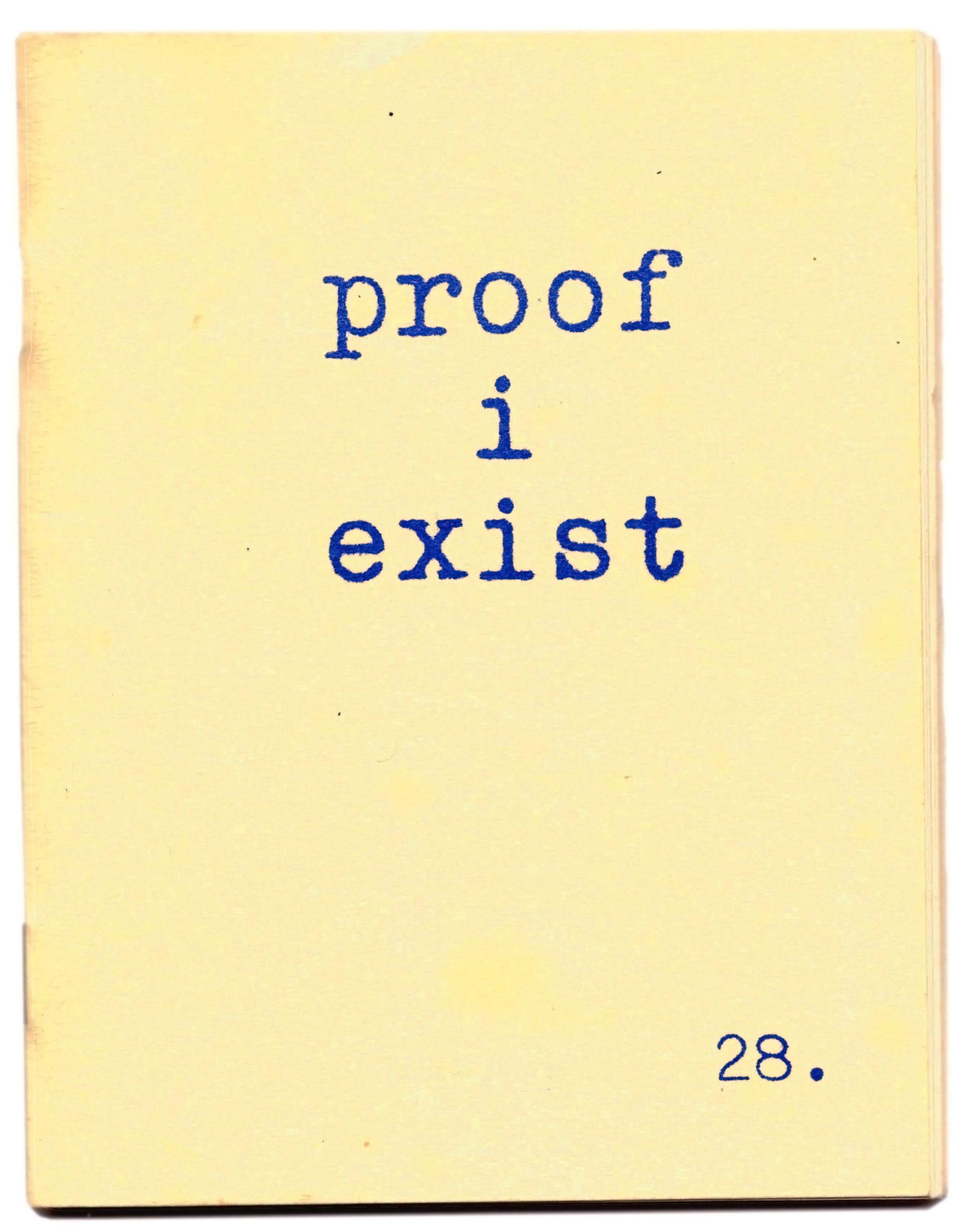 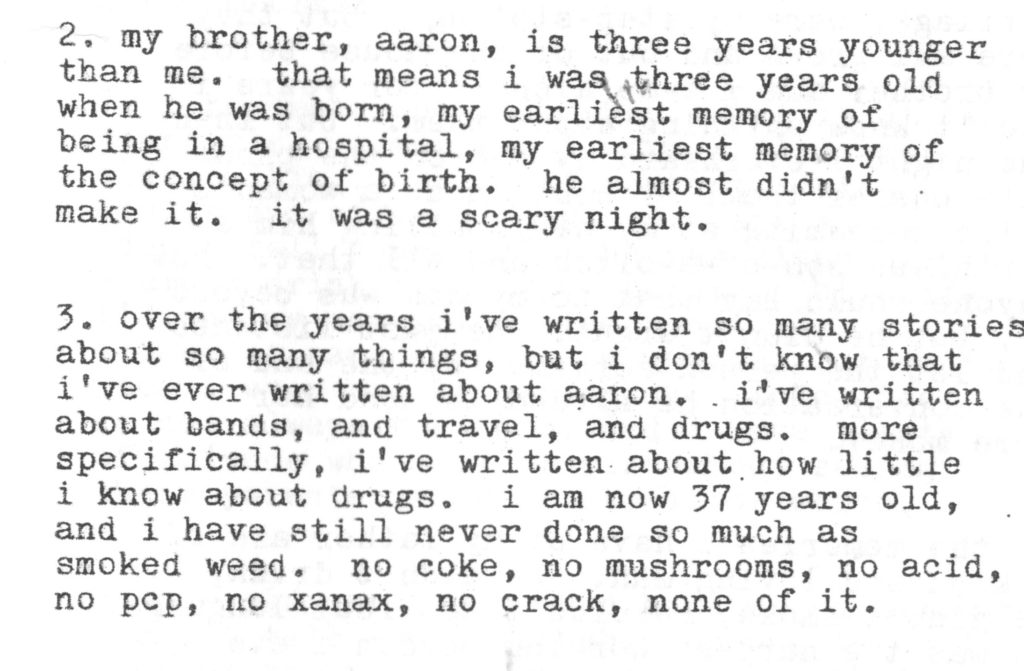 With three presently ongoing series, dozens of publications to his name, and a whack of festivals and other projects under his belt, his commitment to DIY publishing is genuinely admirable.

Full disclosure, we didn’t yet know much of that about our 2019 winner when he was selected to be champ. It’s a little embarrassing to admit it now that we know what an anchor he’s been in the perzine scene. At the same time, it shows just how much there is left to discover in this weird, wiggly constellation of paper we call zine culture.

Proof I Exist #28 is damn good. Numbered text fragments summon memories, reflections and inquiries about abstinence, stigma, and the impact (and insight) McCall carries as a result of his brother’s troubled relationship with substances. It’s uncomfortable, even haunting. It’s sometimes funny, other times dreamy. It is always honest.

If you haven’t already, get your copy for $3 at the Broken Pencil Zine Store. You won’t regret it.

With enormous thanks to the Perzine category sponsor,
Langara College Publishing Program 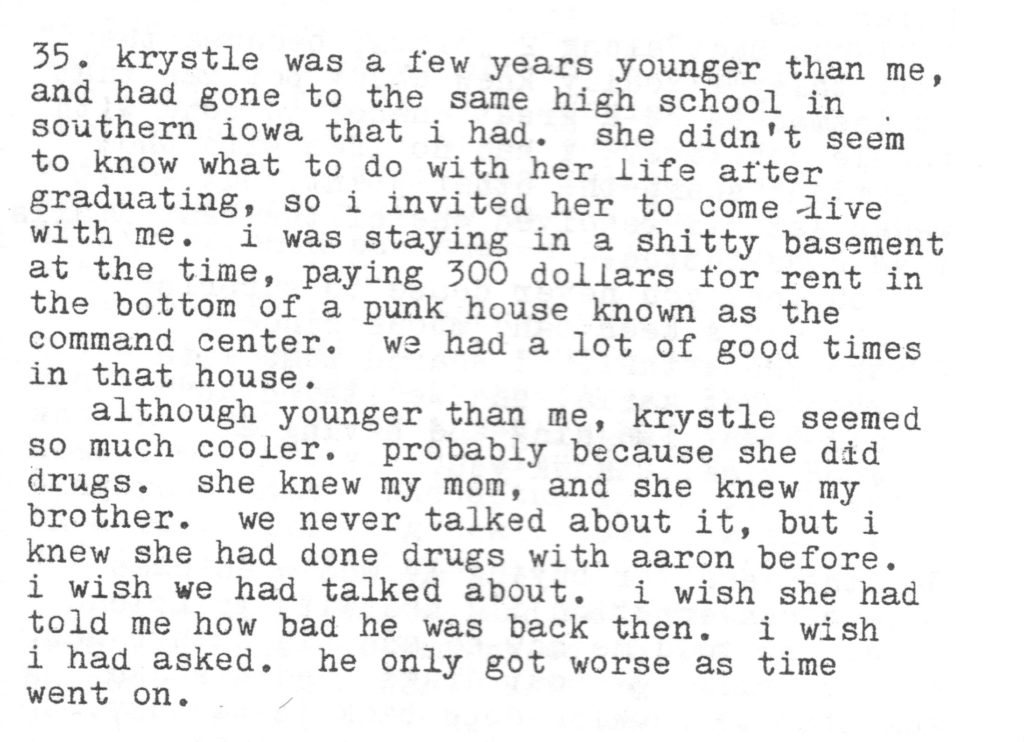 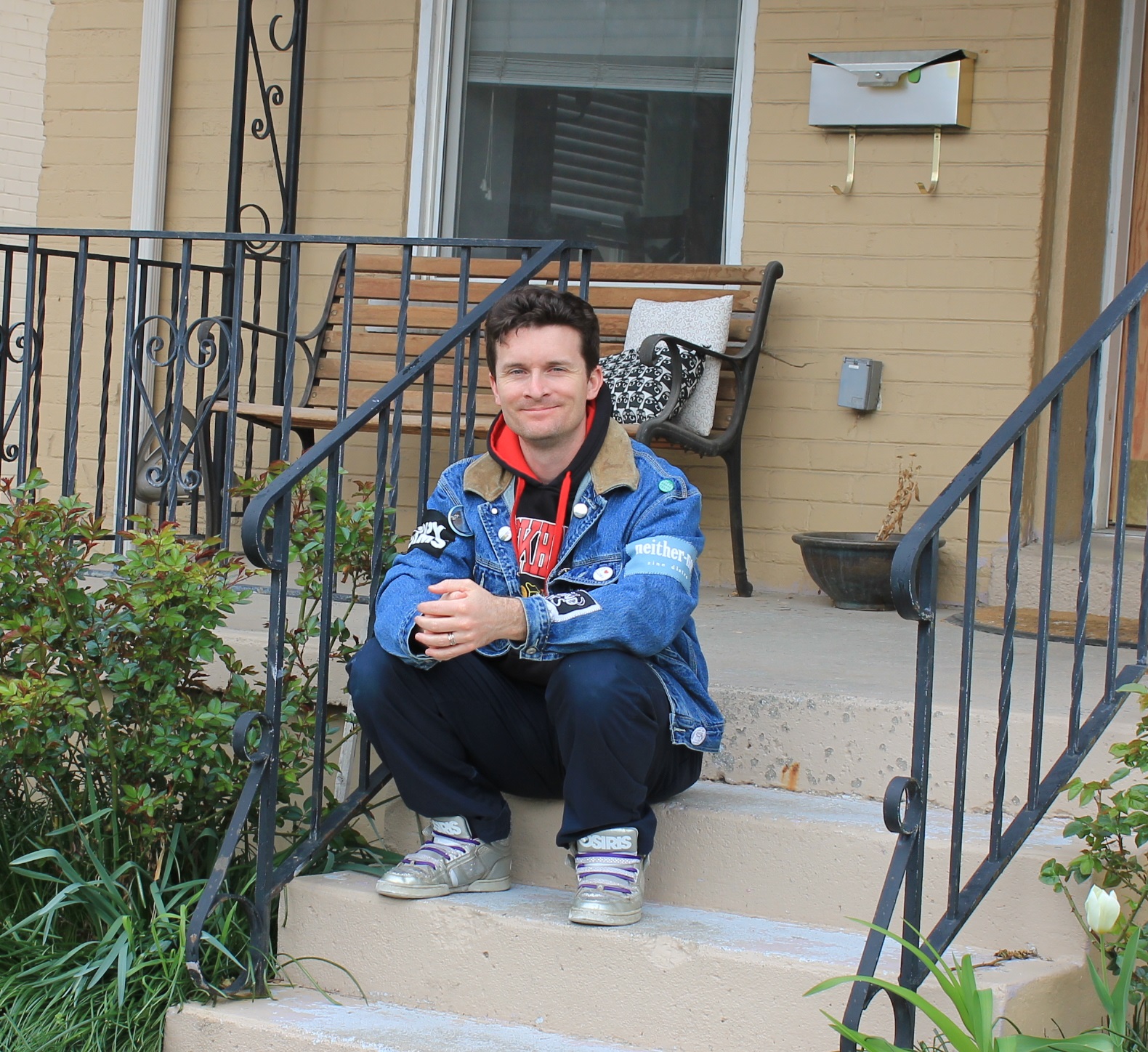 What do you think about the zine awards, you know, besides having won?

I think it’s great. I understand the hang-ups some people have about it, but to me it’s fun and it also adds a new level of legitimacy to the artform of zine making.

What are some of highlights of your pretty long zine history?

I’ve been making zines for a really long time. I’m 39, and when I was in my 20s I assumed I’d grow out of zines. But at some point in the last like five years I just said, you know, I’m just gonna always keep making them. Zine writing is my favourite kind, and you have the most options to really express yourself I think.

I have the typical high school story of  “I made a zine before I knew what a zine was.” I would just write stories and photocopy them to staple together and give out to my friends. Then I went to a punk festival and someone gave me a zine. I was like, “What’s this?” “Oh! It’s Happy Go, everyone in Iowa reads this.” I was like, oh my god! And then the list of addresses for other zines on the back was the key that unlocked the door for me. 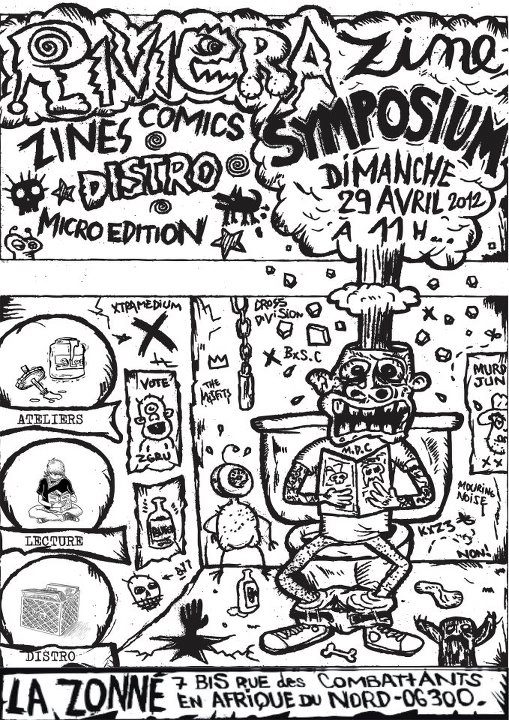 Seems like you say yes to a lot of zine things. What surprising places have zines taken you?

I do, as much as I can. Probably the funniest was when I went to a zine fest on the French Riviera. I was in Europe and I had been talking to this guy Giz who does Cheap Toys. Super nice dude, and he’s like, “Oh we’re having a French Riviera Zine Fest at that time.” So we go, and I’m thinking it’s gonna be this fancy amazing thing… and then it was like six tables, all punk rock in this dimly lit side room at a community space and everyone only speaks a little bit of English. I sold like three zines. It was really fun!

What’s exciting to you in zine world right now? What are you reading?

Well, the Zine Awards are exciting, and they create excitement too. One of my favourite new zines is The Paruretic. It’s a guy who lives with paruresis, the condition where a person has a deep fear of urinating in public restrooms. It’s a good example of what zines can be, it puts me in the life of a person with a way different existence.

Where is it based out of?

Hawaii. The most recent issue is about vacation. and think, for him to fly between Hawaii and the mainland, that’s like a five-hour flight.

Part of me felt nervous and weird about telling all these intimate, secretive stories without getting his permission, but then part of me was like, you know what? Fuck him. I don’t even know where he’s at. If he doesn’t want me to write these stories, then he should fucking call me.

Tell me about Proof I Exist.

The first issue was in 2001 or 2002, after I moved to Chicago from rural Iowa and all of a sudden I had a big city with Quimby’s and tons of people making zines. In this zine Seemingly So, she ends with, “this zine is proof I exist,” which I thought was so cool, so lifted it as the name for my zine. It’s just whatever I’m going through, 29 different issues and they’re all unique. I intentionally do different formats for each.

Your winning zine, Issue 28 is all about your brother and it’s pretty raw. Did you think about how your family would interact with it ?

When I write a zine, I don’t think about who’s going to read it. Then I decide who I  do or don’t want to give the finished product to. I’ve avoided talking about my brother for a long time, partially to protect his privacy, and partially because it was a difficult topic for me. But I had talked to my brother a year before writing this. He said I could write what I want to write about him, that it didn’t bother him.

Then he got in trouble and went missing. At the time when I wrote Proof I Exist #28, I didn’t know where my brother was. The idea of not even knowing if he was alive, I just got it in my mind, how long am I going to wait before I tell his story?  Am I going to wait until after the funeral? I want to tell it now.

There was a little bit of anger too. Part of me felt nervous and weird about telling all these intimate, secretive stories without getting his permission, but then part of me was like, you know what? Fuck him. I don’t even know where he’s at. If he doesn’t want me to write these stories, then he should fucking call me.

And it just poured out. For three days, all I did was write. It was very therapeutic. I wrote the whole thing on a typewriter which lends itself to a different mindset too. You’re not worried about editing, It was maybe three months before I actually decided to make it into a zine. Maybe a month after printing, I got word that my brother had been arrested again. It’s this weird feeling that has happened more than once in my family where we don’t know where he is, and then he gets arrested.  You’re sad that he’s arrested, but you’re happy to know where he is.

it was a while before gave a copy of it to my mom. And just recently, in September, I gave a copy to my brother. I don’t know if he’s read it yet.

At the time of the Zine Awards, we were planning to be in Missouri and staying with my mom and brother on our road trip. He was locked up in this halfway house in Kansas. Alicia and I were like, should we fly back to Toronto and go the the Zine Awards? Ironically, the day of the Zine Awards was the same day that my brother got let out of prison. So I could go to Toronto be a part of this amazing event where they’re going to be talking about this zine about my brother, but I would rather just be in Missouri and actually be with my brother. By the way, he’s doing really well right now. He’s been out for like five months. He’s holding down a job and so far so good.

I’m so glad you got that time, that’s way more important. It sounds like there is kind of something cosmic and special about this zine.

For me, the writing is is totally engrossing, and not in an overly salacious way. I’ll share with you, I disagree with a lot of the framing of drug use in the zine, some of the language used. But it  made me feel complex things, in a really good way. How are other people responding?

Overall, the people who have contacted me about it have been people that connected with it either because they have a family member who has addiction issues, or  they themselves do. One of them was a prisoner who read a review somewhere. He wrote to me and asked for a copy, so I sent it and we’ve exchanged a couple letters since. He said he had put his family through a lot of the stuff that my brother put me through. He told me, “Probably similar to your brother, I wish I didn’t have a drug problem. I don’t want to be where I’m at, but I am.”

Whoa. Yeah, despite my strong reactions to certain parts, overall l found that, contrary to many narratives of drug use, it wasn’t all just episode after episode of harm or drama.

It’s easy for writers to romanticize substance abuse. I get that, adrenaline-filled events happen when people are on drugs. I’ve got nothing against that. But at some point, it’s not fun anymore. I definitely don’t want to tell people don’t do drugs, but I also firmly believe that drugs ruined my brothers life. We all have to make our own choices. I’m not judging, I’m just telling you what my experience is. You as an individual reading this can take whatever lesson you want.