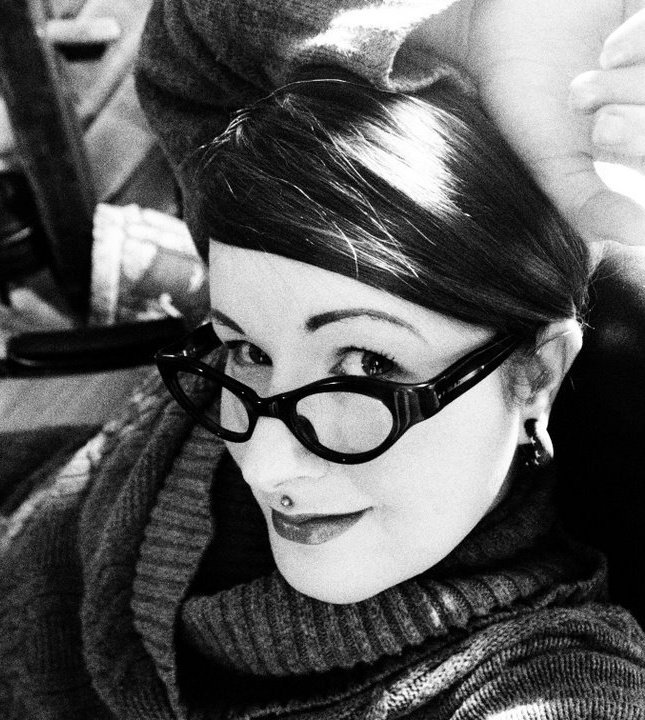 A successful poet and story-writer outside the ring, McKinley M. Hellenes was an unfortunate knockout victim in a close first round of Deathmatch the Second. Today she shares what the competition has taught her, the benefits of competing, and the downside to pulling punches.

Colin Brush: There had only been one Deathmatch before you entered. Did anything surprise you while you were competing?

McKinley M. Hellenes: I was surprised at my own desire to remain cordial. I suppose I just didn’t have the killer instinct that other contestants seemed naturally to have. I’ve never been very good at insulting people just for the sake of it, or even of giving my honest opinion straight to someone’s face when I don’t like something about their work, even in uni when I was in a work-shopping situation.

CB: Did you ever lie on the comment board? Any lies that felt particularly cunning?

MMH: Nope! Maybe I should have, though. I love a clever lie.

CB: What were your most warm-and-fuzzy thoughts on competing while you were actually in the thick of it?

MMH: That people really are funny and witty and that we should say deeply cutting but inherently truthful things to one another more often, instead of bottling everything up and allowing our resentments to fester. Also, that the Deathmatch seemed to be good therapy for a lot of people and that it was an innovative and interesting way to highlight the relationships between readers and writers.

CB: Did you ever feel sorry for any of the other writers?

MMH: Yes, I did, when they seemed to have genuinely hurt feelings and didn’t see the point of what the commentators were saying, even when the criticism was completely warranted. It was like seeing a puppy run over.

CB: What do you get out of being a Deathmatch contestant?

MMH: I think what I really got out of it was a series of confirmations about who I am as a writer, and that I really am not very interested in having a public persona. I prefer the secret midnight grappling with my keyboard, the hiding away from the world. I don’t really want to be a personality, as a writer—I want my work to go forth into the world without me, the umbilicus cut. I also got a sense of the difference between public opinion when it comes to writing, and the opinion of editors. They don’t always see eye to eye. That was interesting. The things that editors choose for inclusion in a magazine are not necessarily the things the public wants to read—an editor is just one person, one reader, with the power to decide. The Deathmatch was an egalitarian arena that allowed everyone and anyone to have a say in what would be published and what would be cut to the blood-sodden ground of the literary Thunderdome.

MMH: Don’t be like me! Get in there, get dirty, get mean, do what you set out to do without flaking out and watching from the sidelines. If you are going to be in this contest, then actually be in it. Don’t be a spectator wringing your hands. I’m sure you will contribute to and gain much more from it than I did, solely because of my own refusal to join in. Really ask yourself if you’ve got the necessary personality to fight for your story instead of sitting back in a detached way to see if it will sink or swim without you.

CB: What have you been up to since the Deathmatch?

MMH: Writing a bunch of short stories and half-novels. I came in second in the 3-Day Novel Contest two years back. I was also awarded a grant from the Canada Council for the Arts for the half-finished novel I will certainly be finishing soon. Also, I have recently begun a new blog on my life as a reader which can be found at www.thisreadinglife.ca

This is the LAST of our intrepid interviewer Colin Brush’s interviews. See more of his interviews with Braydon Beaulieu and Janine Fleri to find out why you should enter your story in the Deathmatch! Extended deadline closes January 8.

12 thoughts on “Former Deathmatcher Tells You to Fight for Your Writing!”