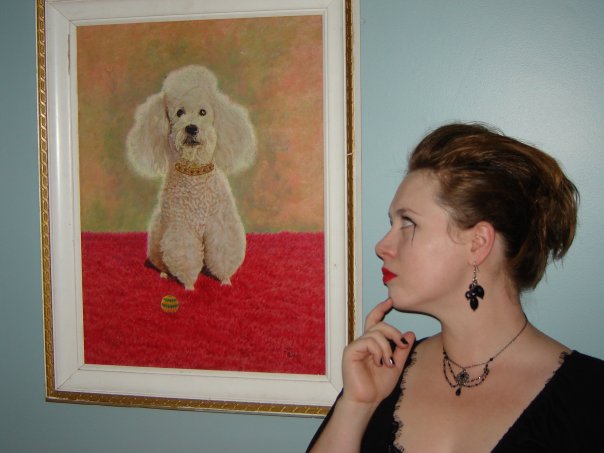 In Praise of Terrible Art: London fest celebrates the “worst of creative expression” 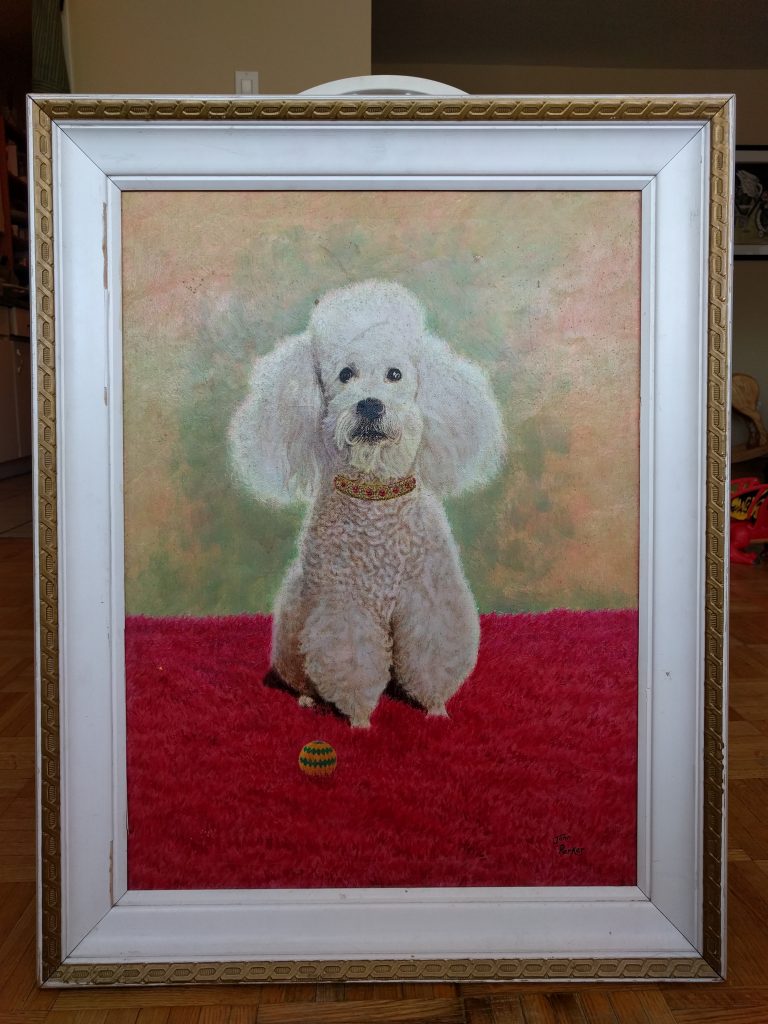 The above dog painting will be displayed (and up for auction) this weekend at London’s Bad Art Festival. Photo by Jason Dickson.

This weekend in London, ON, local lovers of trash culture will find themselves in a veritable heaven as the city launches its first-ever Bad Art Festival.

The festival is a collaboration between local alt-weekly London Fuse and Brown & Dickson, a rare and antiquarian bookshop. The festival is currently open for submissions and is accepting works of bad art in all categories. The fest will open with a bad art exhibition and auction, which is trade-only (patrons can exchange their own crappy talents/items for art, including their worst recipes, dead plants or outmoded technology.) The day will continue with a series of live performances, including Bad Spoken Word, Bad Acoustic Guitar, Bad Theatrical Monologues, Bad Student Films and Bad Interpretative Dance.

Clearly we were obsessed with this idea and emailed Brown & Dickson’s Jason Dickson (he’s also a writer who has published with BookThug) to ask a few questions about how this glorious idea came to fruition. You can check out the Bad Art Festival all day on Saturday June 25, 12pm-midnight at Brown & Dickson (211 King Street) London, ON.

BP: What sparked this idea?

JD: Both LondonFuse and Brown and Dickson came up with the idea independently. We both have spaces in the same building and were just talking one day with Pam Haasen and Nicki Borland of Fuse about an event to collaborate on and somehow we got to bad art. We both share a love for bad culture and told each other about our event ideas, and very quickly decided to do it together.

And yes this is the first year of the festival. When June rolls around in London it is “festival” season. (Brown & Dickson co-owner) Vanessa and I live across from Victoria Park — the central park in town — and our apartment is flooded yearly with both great and terrible music. So the Bad Art Festival is our contribution to London’s seemingly endless obsession with “festivals”.

What’s your history with bad art? What IS bad art to you?

Vanessa and I are both writers and I can’t speak for Vanessa, but at least 99% of my work is awful. It is awful until around the last 1%, the final final final drafts, if it even gets that far. There is something weirdly heartwarming about sharing bad art with someone. It is like sharing juicy gossip.

We often talk at the bookshop with artists in the area about what they are working on. Usually this end up with a ridiculous discussion about how bloody hard it is to make anything worthwhile, about how hard it is to find the real value in what you are doing apart from simply doing it. Why is this work important to anyone else? To me this truth speaks volumes about art production.

So for me bad art is something that aims to be incredible but just totally misses the mark. The “bad” value is created by this discrepancy. It really really has to aim for the stars. And fail completely. Bad art is as unique as great art. It is easy to make something that is just alright. Truly bad work is kind of rare.

Are there any restrictions on what can be submitted?

Not really – just as long as it is painful to look at or hear. Ultimately this is all supposed to be a riot. We had a photographer come into the shop today with his work. He brought us stuff that didn’t print well. They were good photographs! They just didn’t come out right. I was like, “These are too good for the show!” So it really has to be awful. Like embarrassingly awful. That’s about the only criteria.

Art is subjective (haha) and its hard for many artists to view their work objectively. Do you think you will have any issues getting art from artists who are not able to understand that their work is objectively bad?

This whole thing is supposed to be a joke. It is meant to pop the balloon of self-importance, something I really learned from Broken Pencil actually and Toronto zine culture (not to mention London zine culture). Self parody so often goes hand in hand with indie production, don’t you think?

Honestly what I would love is a very established artist to submit their worst work. It is their way of saying, “We’re all trying. We all have to get through the shit to get to the good stuff. I’m just like you.” Honestly I think that goes just as far as saying, “This is how good you can get if you work hard.”

I’m reading first, for example, in the poetry reading. I’m taking the bullet for the team.

Any notable submissions so far?

We’ve received some awful haiku. A really weird painting of a dog. Poetry by James McIntyre. Drawings of horses. That sort of thing. So far just a number of emails from people finding out just how awful the art must be. Those are very fun to reply to. Most people get the joke, so I expect some truly abysmal work to be shared that day.