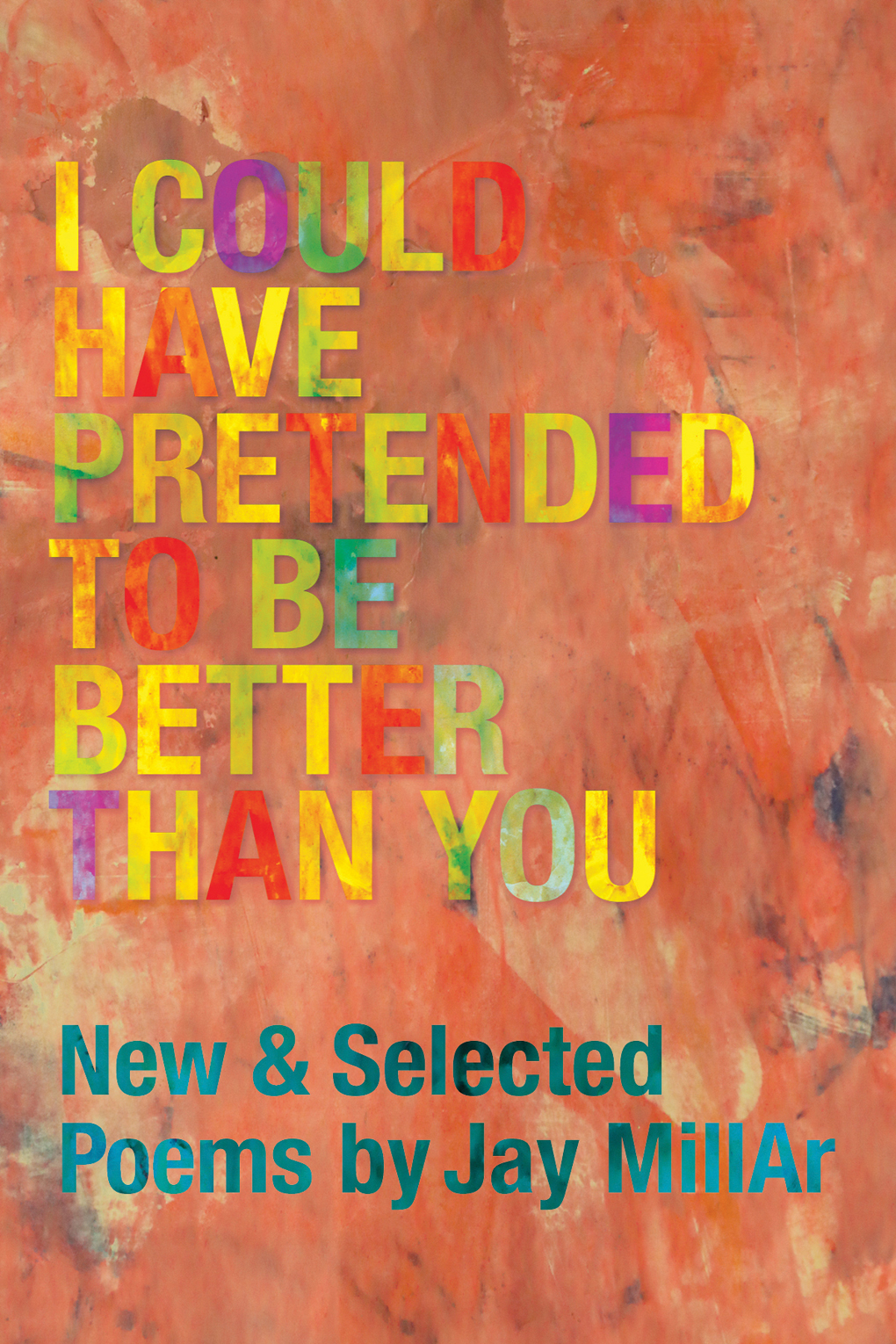 I Could Have Pretended to be Better Than You

A non-exhaustive cross-section of MillAr’s output, this Anvil-published collection constitutes something of a career-in-progress look across his poetry published (often in the tiniest of chapbook editions) over the past three decades. The text is divided into three distinct artistic periods: The years of Stitches and Staples (1992–9), Seriously Taken (2000–14), and New Poems (2014–8).

Some things remain consistent. MillAr’s most lyrical and most self-conscious modes overlap when he wears the Canadian Nature Poet’s cap. Affixing “Canadian” to any of the varied roles he takes on makes his poems blush, and it works. MillAr’s output has always had a sense of humour, and the half-embarrassed voice often ingratiates poems to the reader, which might otherwise be suppositional to the point of collapsing.

But other things change. MillAr himself characterizes his early work as being “written with youthful abandon.” Poems like “Joe Brainard is Dead” feel suited for the chapbooks they likely came from, and I wish I could find a copy to see how they originally appeared. His middle “Seriously Taken” period is no doubt the most abstract of the three, but contains some of his best lines. Take “Data,” for instance, which tasks the poet with transcribing “dreams into poetry by assuming there is absolutely no latent content.” This might account for some of his formal experiments, but there is little denying that the “New Poetry” is the most (deceivingly, perhaps) comprehensible. “The Shiny Things,” for example, reads like a set of Blakean proverbs: disjointed, certainly, but a great deal more prosey than a reader of MillAr’s millennial writing might expect.

In all, this collection offers a well-curated selection of MillAr’s work, fast becoming required reading for those interested in Canadian poets. (Joel William Vaughan)