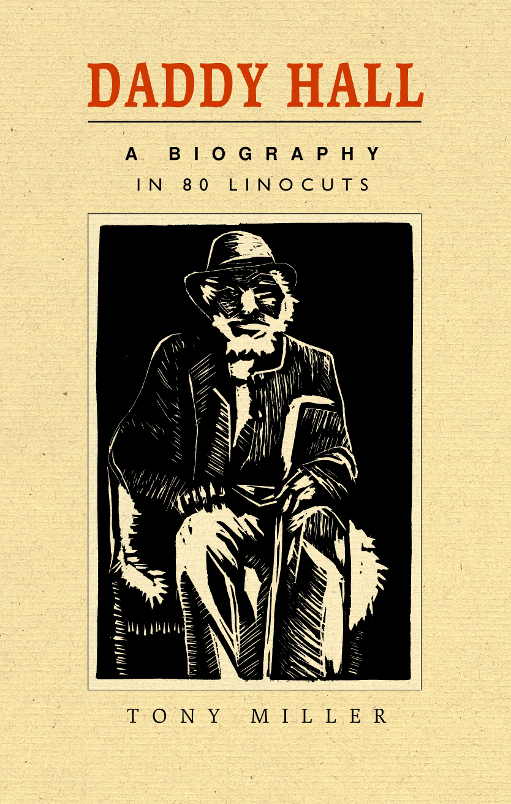 At TCAF this year, I passed by The Porcupine’s Quill table, was thoroughly impressed, and made a mental note to return. Instead, I blew my cash on other books and never made it back. Having now read Daddy Hall, I’ve come to regret my lack of discipline even more.

“Read” is the wrong word to use, since the book itself is a collection of 80 linocuts, which tell the story of John “Daddy” Hall. Hall’s biography is the stuff “of tall tales, folk tales, heroic sagas and epic poems,” according to Canada’s Parliamentary Poet Laureate George Elliott Clarke, who wrote the foreword to this collection. (If you buy this book, don’t skip the foreword. It really helps one make sense of and contextualize the images.) 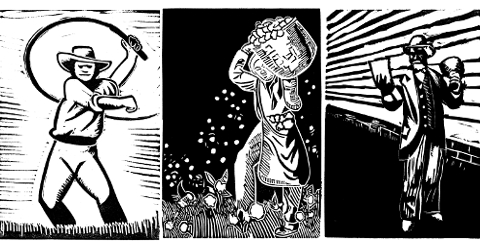 Hall is an undercelebrated figure of Canadian history and the nation’s 150th anniversary is a pertinent time for this book to be released. Hall was a mixed-race (Black and Indigenous) escaped slave who fought alongside Tecumseh in the War of 1812, travelled the Underground Railroad to Owen Sound, became town crier, and begat a literal score of children. He lived from 1783 until 1900. The linocuts begin even before that and depict the kidnapping of Africans by British colonizers. One of these people goes on to become Daddy Hall’s mother.

The images are clear, striking and have remarkable depth that requires a few min-utes of study to fully appreciate. They call to mind work from the Harlem Renaissance, which Clarke also notes in his foreword. The way Miller builds textures is impressive and adds much to each image. It’s hard to believe this is all pulled off using only white and black, which speaks to Miller’s talent as an artist. Everything is beautifully com-posed and emotionally evocative.

Even if it weren’t the sesquicentennial, Daddy Hall would be required reading. But the fact that it is a historic year makes this biography of a Black Canadian hero even more important to read. (Pat Reddick)