One foot in front of the other, just like he’d been taught. That’s what Sam had been reduced to: consciously reminding himself of the mechanics of walking. It was only in part to ensure that he performed the function correctly. Mostly it was to keep his thoughts on something, anything other than the vile sun overhead pissing radiation down on him. Or the sand beneath his feet so hot he could feel it through his weathered combat boots. There was nothing else out here to preoccupy him, just sweltering desert as far as the eye could see, gently rolling dunes without even a goddamn tumbleweed to break up the monotony.

As much as he tried to focus on trudging forward, his mind drifted back to the war. Those bastards had gotten the jump on Sam’s squadron today. How they’d discovered his base and plans to retake the aluminum mine, he didn’t know. Sam was all that was left of the freedom fighters now. Every single one of his comrades had been slaughtered, and all Sam could do was flee into the empty desert with his life.

Or…was it so empty? What was that little patch of blue in the distance? Surely it couldn’t be water. Sam had spent his whole life growing up around here, and he knew there was no oasis in this desert. It had to be a mirage. But as he got closer and closer, the blue remained. Not only did it remain, it sharpened until Sam could see what it was plainly enough: a big blue box. Even before he could make out the single word in big white text, he recognized the circular red, white, and blue logo of the Pepsi corporation.

What the hell was a vending machine doing out here in the middle of the desert? Sam ambled up to the box and ran his hands over the hard plastic to make sure it was real. It was indeed no different than any of the hundreds of such machines he had seen in his life. There were about a dozen various drink options, the little slot for coins, and a can-shaped canal from which your beverage would be birthed.

Sam slammed his fist against the machine, hoping to dislodge a drink. The machine just went on whirring its air-conditioned hum, unbothered by the violence. Sam whimpered a little. His body was weak after days of combat and flight, his muscles watery under sunburned, lacerated skin beneath clothes even more burned and tattered. He tried to shake the machine, praying for a Dasani but willing to accept even the minor healing power of Dr. Pepper. Perhaps the spicy drink would finally live up to its mythos of tasting like everything at once. Sam could barely budge the machine at all.

The sound of a roaring motor behind him caught Sam’s attention. He turned and saw a buggy racing over the dunes, kicking up a little dust devil in its wake. For a moment Sam feared it would be the soldiers who had attacked his squad, and his hand fell to his service pistol. It was just a reflex—his bullets were long since spent, and the gun was a hunk of hot useless metal now. It weighed him down, yet he hadn’t been able to throw it away.

But it wasn’t soldiers coming on this buggy. The vehicle coasted to a stop right next to Sam, and from the driver’s seat hopped a man in a blue jumpsuit with the Pepsi logo on the back.

“Mornin’,” the Pepsi-man mumbled, swinging a keyring on his finger as he strolled past Sam. The Pepsi-man unlocked the machine, opened up the front, and methodically went about restocking it with cans from the back of his buggy.

“What…what are you doing?” Sam asked.

“Just my job,” the Pepsi-man grumbled.

“Please, you have to help me,” Sam said, his eyes darting between the man and the ice-cold beverages inside the machine. “My town, all we wanted was fair compensation for the mine on our land. We didn’t want it to come to violence. Now everyone is dead. Please, if you’ll just—”

Sam staggered. He looked in disbelief at the man who had yet to meet his eyes. “But it was Pepsi who lobbied our government for land rights that should have been ours. It was Pepsi who hired the military contractors who guard the mine. It was Pepsi—”

“Hey, all that boardroom stuff isn’t the real world,” the man said, finally looking Sam in the eye. “The real stuff is right here.” He patted the logo on the front of the machine, which went on humming contentedly under the glare of the relentless sun.

“Listen, I can talk to you about one thing,” the man said. “And that is whether or not you would like a Pepsi.”

“I…” Sam said, dry tongue darting over his parched lips. “I would.”

The man snorted derisively. “Typical.” He reached into the machine and tugged loose a can of Dr. Pepper. “Here, don’t say I never gave you nothin’.”

Sam couldn’t help but eagerly crack open the can with shaking hands and pour the sugary nectar down his throat. The spicy bubbles burned his tender mouth, but he didn’t care. He thought he might vomit it all back up, but it didn’t matter. In that moment, it was the most delicious thing he had ever tasted.

The Pepsi-man snorted again as he went back to his work. “Hypocrite.” 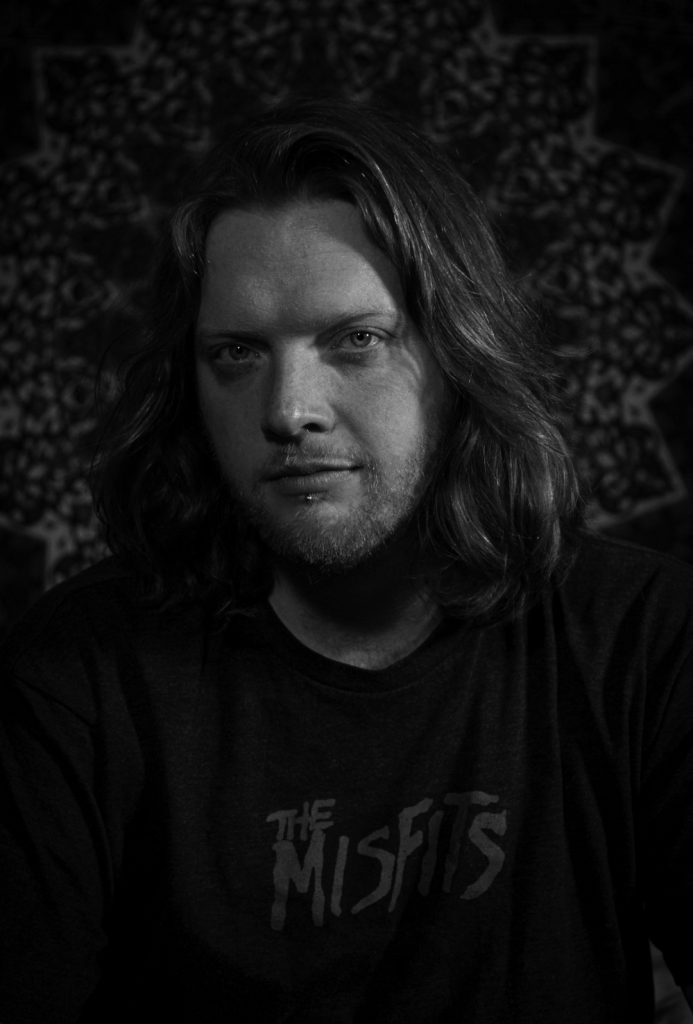 Alex Passey lives in Winnipeg with his wife and daughters. He is the author of the speculative fiction novel, Mirror’s Edge, in addition to the recently released high fantasy Shadow of the Desert Sun.