What exactly are pin and patch shows?

Pin and patch shows are held all over the continent, with one of the biggest in Montreal, and others held across Canada and the United States.

The main focus of the marketplace-style events is, of course, selling (and shopping for) pins and patches. Vendors also carry items including keychains, stickers, buttons, prints, apparel, among many more collectible items — maybe even the occasional zine!

You’ll find different types of people attending these shows, but most visitors are already fans of specific vendors, love collecting wearable art, or are just looking to meet new people and pick up a few low-priced accessories. 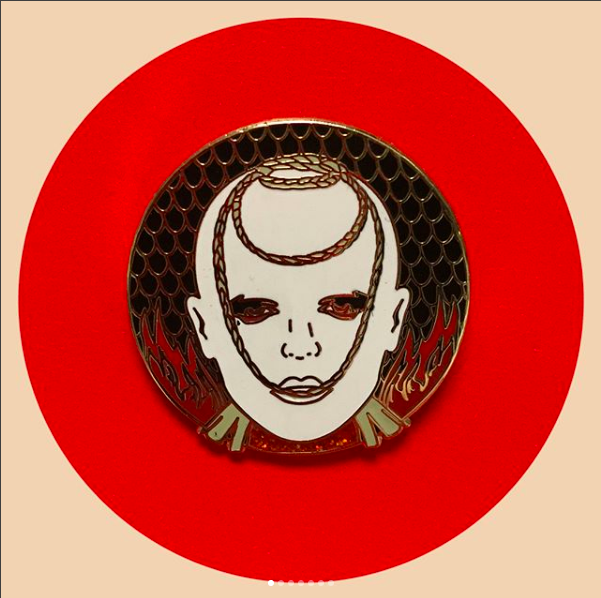 “I think pins and patches are so successful
because of their price point. It’s easy to throw down $10 here,
and another $5 there, and walk away with some pretty great stuff.
It’s also dangerous because, before you know it, you’ve spent more than you intended.”
— Dani, CreatorCollab 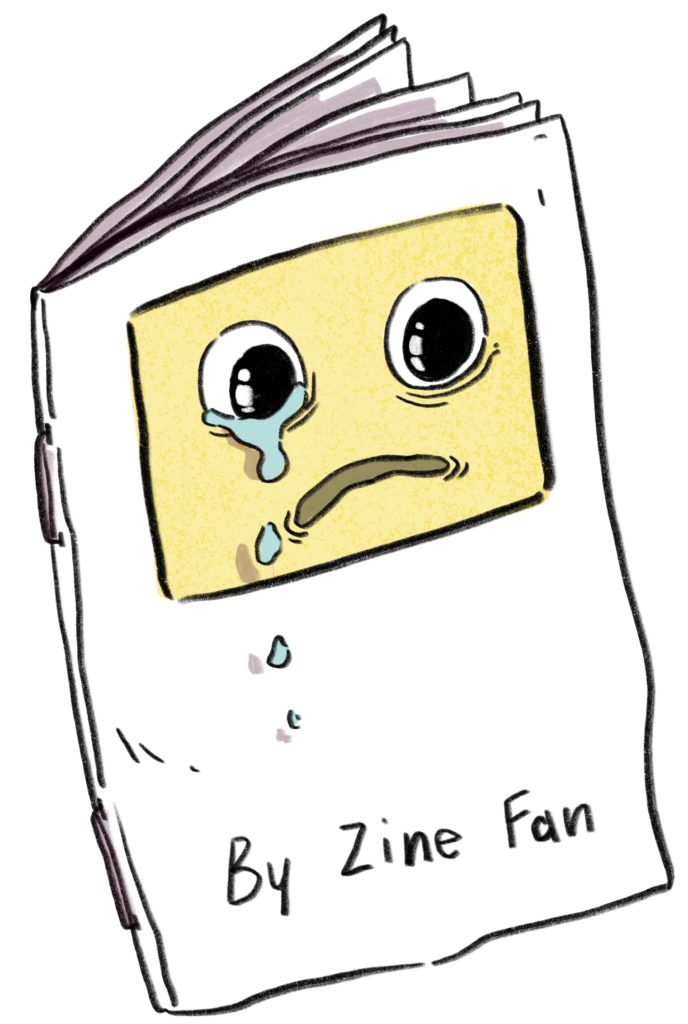 How do artist-made accessories fit in at zine fairs?

Entirely new gatherings have been created for patches, pins, and accessories. Still, many creators table this merch alongside their zines and comics in print-focused spaces, too. So is there room for non-print swag at zine fairs after all?

The community is divided. Some zine fairs don’t really care what you table, but a number of committed zine fest organizers see it as their duty to defend the centrality of the zine. Some events enforce a minimum zines-to-merch ratio, and others ban non-print swag altogether (with occasional exceptions for our beloved punk patches and old-school buttons).

Here’s what some creators had to say about it. 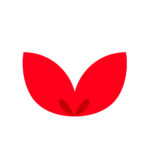 “Zines have always been a way for marginalized folk to make a statement and, to an extent, some pins and patches do that too. For example, a lot of pins have LGBTQ and feminist themes.”
— Jiayi Fu, Red Ribbon Shoppe

“I would feel strange showing up at a zine event with just 3D merch. Zines don’t get enough press and love as is. I wouldn’t want to take any focus away from them… There are lots of places to buy merch, but very few that sell zines. Events for zinesters should be respected as such.”
— Julie Klukas, Ramble on Supply Co

“It is important for people who make zines to make these other things and objects to sell, because a lot of the time that is how we sustain ourselves. I think it is understand- able for fairs to have the rule that you need to at least have some printed and zine material. But then, I don’t really think there should be a cap.”
— Juli Majer, DDOOGG

“When it feels appropriate for the event, we’ll supplement the books with pins and patches, but we try to keep them directly relevant to the event and books we have on the table, and not just be a Hot Topic for Anarchists.”
— Avi, Silver Sprocket

And now, a manifesto 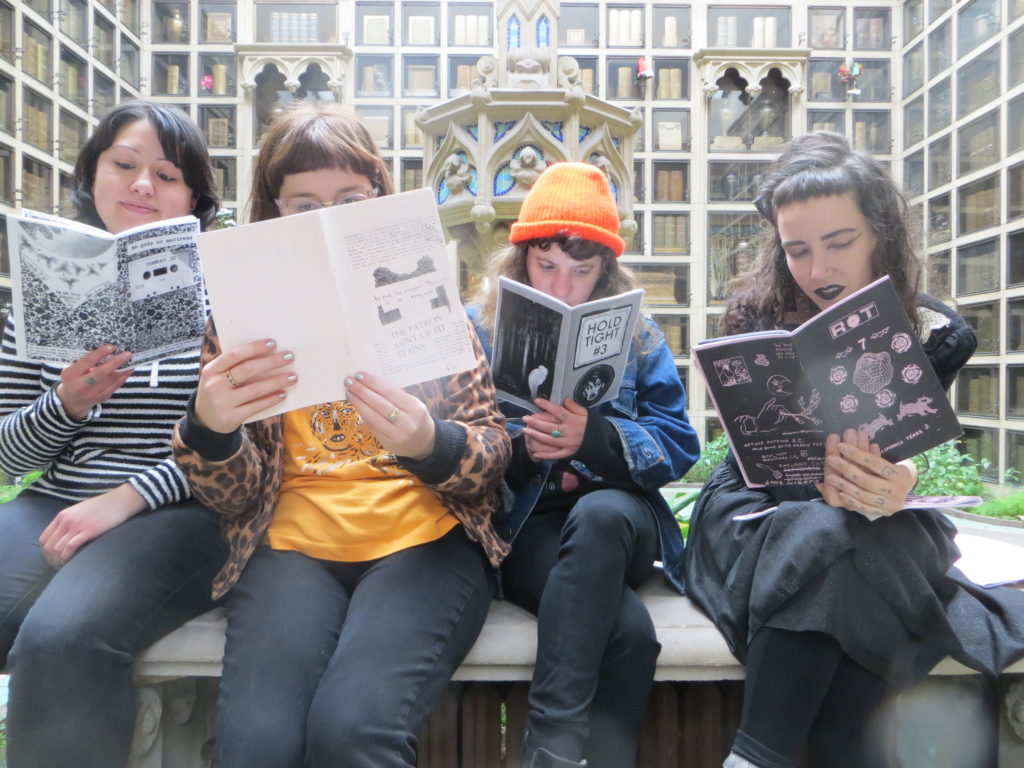 Against pins, patches, & other bullshit at zine fairs

It’s called a zine fest, not an enamel pin fest.

What do we think of when we hear about a zine fest? ZINES!

And that’s how it should be. At a zine fest, don’t people come together over a shared interest in zines? We believe that logically, both vendors and supporters should be interested in and expecting to enjoy zines and should be there for the paper with the staples, for goodness sake! We have even been to zine fests where there are vendors who don’t have any zines at all — and don’t seem to see why it’s weird. 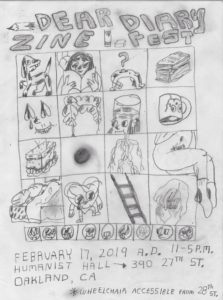 We started Dear Diary Zine Fest because we felt that perzines have been missing from zine fests in recent years, and because we were rejected for lack of an online presence. People no longer want to trade with you if you have a zine that’s made in a typewriter font because their fancy-printed art zines are too expensive to reproduce— which is another issue we have with this new zine culture. Don’t even get us started with the earrings and enamel pins, which, by the way, are really cute, but if you can’t trade someone a piece of plastic for a 40+ page perzine that they poured their heart and soul into, why the heck are you even tabling at a zine fest?