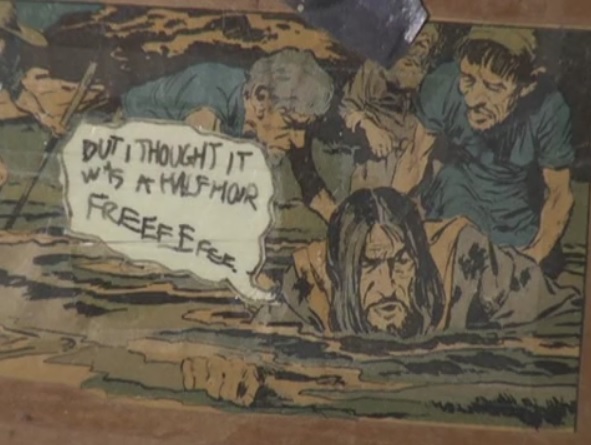 The Parking Lot Movie is a documentary released in 2010 about the Corner Parking Lot in Charlottesville, Virginia. Generally, it’s a documentary about a bunch of weirdos that work in a parking lot and the weird things that happen to them there. It shows the slow parts and the exciting parts of three years of filming in what is otherwise seen as a fairly mundane setting.

I can’t exactly justify why I love this documentary so much. All I know is that I’ve forced partners and many family to watch it over the years because I do. The most ironic of my forced viewings was during the middle of a traffic jam with my Uncle Terry on the drive from Vancouver to Penticton, British Columbia. There’s nothing like watching a documentary about parking when you are forced to park against your will. He enjoyed it, by the way. And you will too! 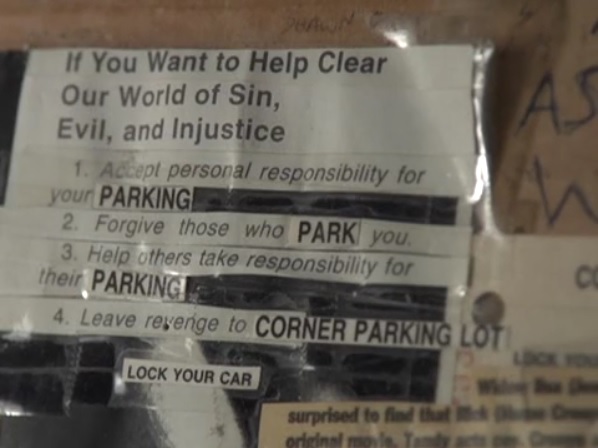 The film has ex-attendants and current attendants recount their tales of rough nights chasing down cars for a dollar twenty-five and, for some reason, convinces you that you totally wanna do that too. The majority of the attendants are students from the nearby university and they use their time in the Corner Lot to think way too much and define themselves based on what they don’t want to be. 11-year veteran attendant John Lindaman  says that “it taught [him] how to be human.” It seems like a lot to ask of a parking lot, until you watch the film and then it makes a lot of sense.

Also they make really cool cut and paste art surrounding parking jokes in the booth and paint a new gate stick every day with whatever inside joke was going around that gets featured a ton. Check out the trailer:

Sidney Drmay is an editorial assistant at Broken Pencil Magazine.