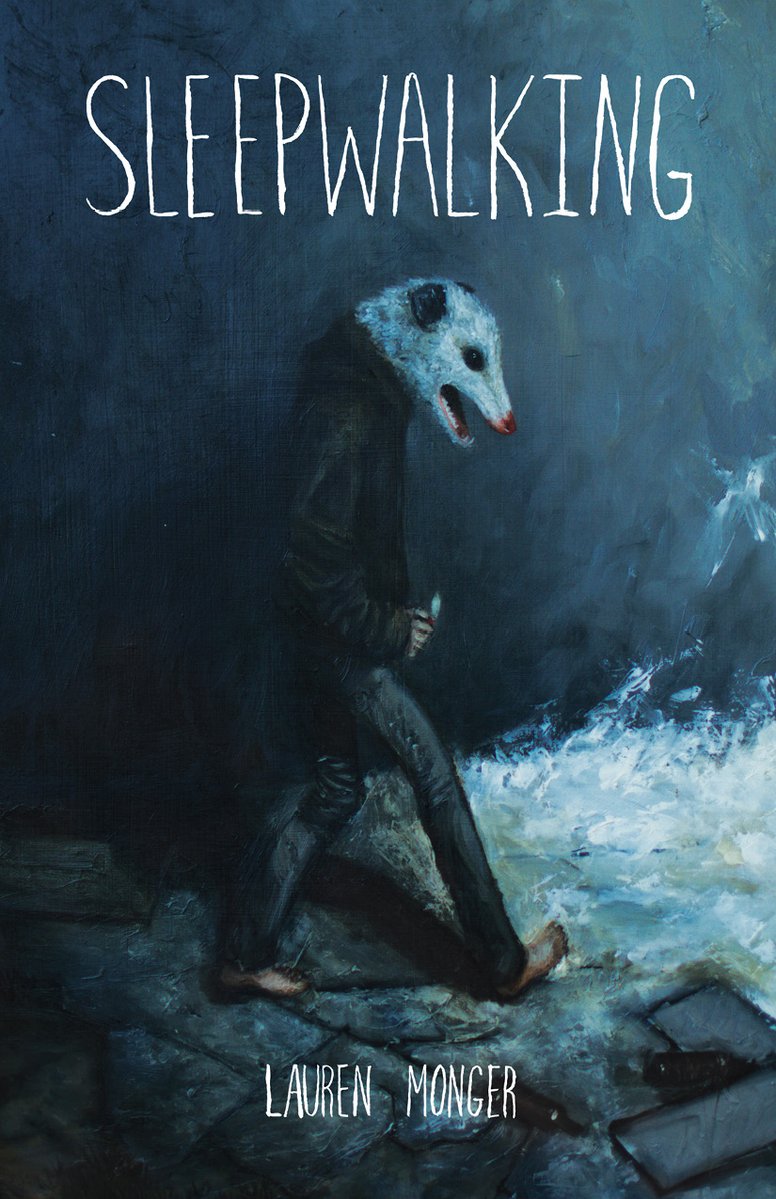 One of the most striking things about following these anthropomorphic, aimless 20-somethings from living rooms to music festivals to house show is that it recalls simpler years where time spent with others mattered more than how that time was spent.

Our main character is Clementine, a 20-something punk Virginia opossum, but Sleepwalking bounces around through the conversations and actions of her friends and acquaintances. While vignettes about aimlessness sometimes miss the mark, Sleepwalking captures honest, small-town struggles.

The dialogue rambles, the cast lays or stands about passing beers and judgment, and everybody feels like they’re doing their best to get by (even if they’re not). There’s a truthfulness to the dialogue that makes me feel listless.

Sleepwalking’s world feels lived in, and if this is a reader’s first encounter with Lauren Monger’s work, it’s easy to catch on — the story may lack finality and structure, but the driving emotions on display are very real.

It’s a difficult balance. And whether a room is crowded with partygoers or a bedroom detailed in one panel but minimal in the next, pages are never overburdened. The pacing accurately conveys the restlessness of the story’s drift.

The characters are casually rude with one another and unable to reconcile their feelings in a productive way, whether because of sexual tension, jealousy, or frustration.

It feels honest in a way that makes me really not miss my early twenties, but long for those salad days filled with unambitious free time. While some might find Clementine and friends’ story somewhat pointless, I can’t help but see it as a perfect encapsulation of the early 2010s — listless and enjoyable, heading somewhere uncertain with your friends.