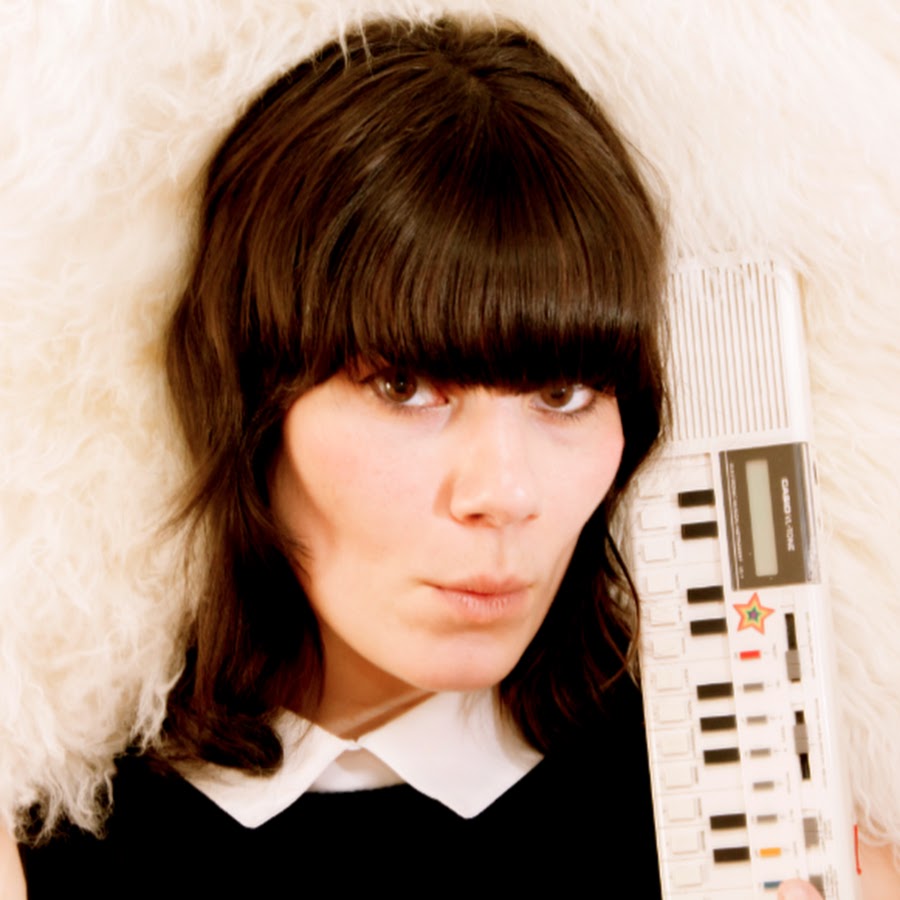 The Smell of Our Own:
Glockabelle

Glockabelle is Annabelle Cazes, a New York City-based musician who gets audiences sweating and dancing with just herself, two Casios, a drum machine and of course her glockenspiel. We first met in New York about four years ago when I was traveling across America by train. Annabelle and I have been friends ever since and I have made it my mission to spread the word about her energetic, Hello Kitty-cute music that is in a genre all its own.

I’ve been trying to label your genre of music but am having a hard time with it. How do you describe it?

I think given how my live show is currently, I would call it synth punk. Some have also called it noise punk with a mix of prog rock, experimental rock, French synth pop…it’s really all of those genres rolled into one. I am currently performing totally solo with just my two Casios and a 1982 Yamaha drum machine and my glockenspiel. It’s a minimalist race against the machine.

You play the glockenspiel with thimbles on your fingers. One question: why?

The glockenspiel thimble technique is something I came up with when my mom mailed the glock to me while I was living in Paris and I had no mallets. I devised a way to play with my hands, which made sense for me since I was trained as a classical pianist. Playing the glock with my fingers makes it possible for me to play melodies and harmonies at the same time. The glock is usually used as an ornamental instrument in most musical arrangements. My technique allows me to make it a lead instrument.

Do people ever get confused when you say you play the glock?

Ha! No I think most of the time they get it and don’t assume I’m playing a gun or otherwise 🙂

Where you do get your creative spark from? Is it other bands or maybe even your own imagination?

Oh definitely from my imagination, which runs rampant! But I think what sparks my imagination most is actual movement. I love taking long walks around NYC, jogging to my favorite tunes… these days I’ve been listening to some old school rap like that of Roxanne Shanté, Queen Latifah, old school reggae like Lady Ann and Sister Nancy, this surf rock band called The Atlantics and then there is the 80s punk band Suburban Lawns which I adore.

I also listen to quite a bit of 80s French electronic music such as Lio, Elli et Jacno and Telex and 1960s French yé-yé pop.

The French yé-yé pop really comes out in your fashion style. What is your song writing process?

There really is no process. I get inspired by an idea and just sit on my bed with my Casio, turn on some beats and bang out some melodies until something sticks.

You recently got a pet bird named Jacques Cousteau that you have been posting videos of on your Instagram. Any chance he will make an appearance on your new work?

Ha! I actually recorded my last bird (who passed last year) over some hip-hop beats… but this new bird is only 6 months old and sings like he’s practicing for Juilliard! I think will definitely be making an appearance, on my record and possibly also onstage. I’m not sure how keen he is on fast beats. He’s more of a jazz crooner. Loves Ella Fitzgerald and Chet Baker.

Shelby Monita is a Toronto-based writer and zine author. Her zines include Hoser Punx and Artificial Life in the Market Place. Shelby has written for Weird Canada, Spindle Magazine, Long Winter, The Punk Site and more. You can find her portfolio at shelbymonita.squarespace.com.