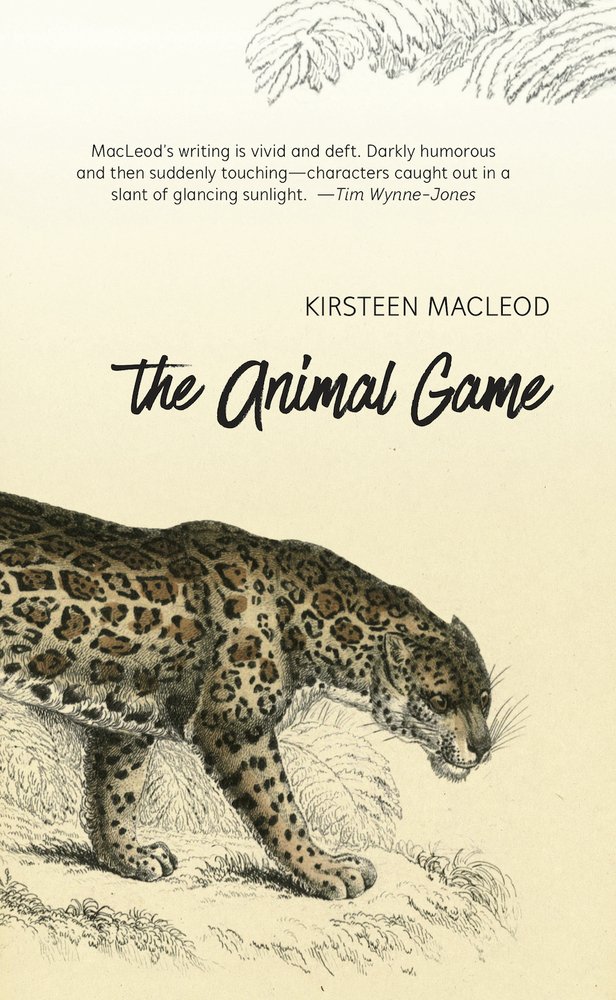 In Kirsteen MacLeod’s debut collection of nine interlinked short stories, characters travel throughout Brazil and India searching for spirituality and interpersonal equanimity. Eight of the nine stories in The Animal Game are told from the perspective of an unnamed woman training to become a yoga instructor, with one story narrated from the perspective of her husband, Antonio, a florist in Toronto.

The first story of the collection, “Island of Witches”, brilliantly lays out some of the chief thematic concerns of the book. While driving home from the beach, the narrator censures herself for being perturbed by the “deep brutality” of nature when she sees a wake of vultures feeding at the corpse of a dog on the road: “Birds at home eat road kill. Why should it be any different here?” The chapter closes with the funeral of the narrator’s friend Wanderlei. Although the narrator had previously admired Wanderlei for his carefree attitude, after his death she learns that he had had an unhappy childhood, and she wonders, “Had he known life’s ever-changing fluidity, lived in tune, as I’d believed? Or had he been running away, perhaps in pain?”. These are just two of many lightbulb moments that take place in the collection, as the narrator comes to recognize her socioeconomic privilege, and appreciate how divergent individual perspectives can be, thanks to her experiences travelling and doing yoga.

Although MacLeod has a gift for writing realistic depictions of mental and emotional states, she tends to forego external conflict to her stories’ detriment. “The Unholy Yogi”, for example, reads like a detailed diary account of a yoga retreat without any significant drama or urgency.

Despite its slow pace, The Animal Game is a fine debut with clear, vivid writing and intensely realized characters. (Alexander De Pompa)