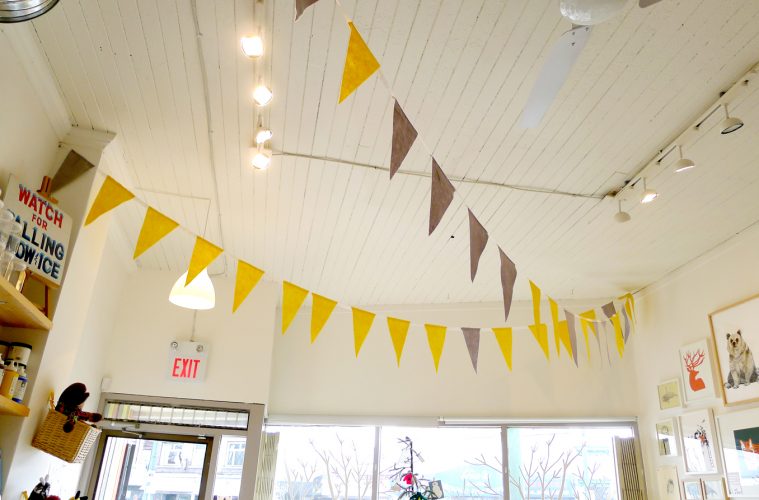 Meet Erin Boniferro, the owner and operator of Collage Collage (collagecollage.ca)  quaint store-cum-classroom on the corner of Fraser and Kingsway in Vancouver, British Columbia. With an extensive background in arts education, Erin started Collage Collage in September 2006. On a cloudy weekday morning Broken Pencil‘s Melissa Luk talked to her as she cleaned up the crafty mess left by half a dozen kids and unpacked plush caribou, raccoons and moose into the domestic wilderness of the store. 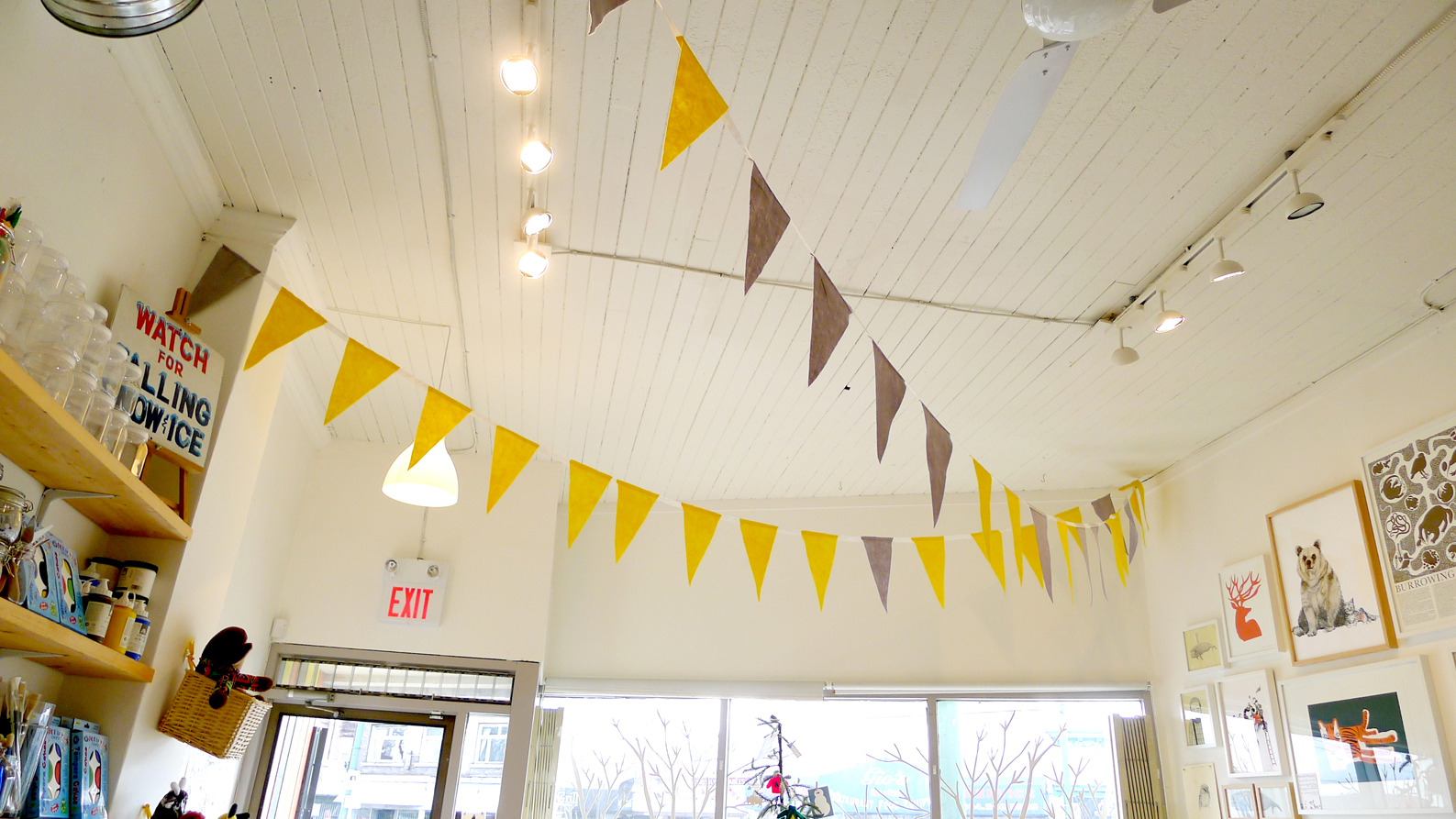 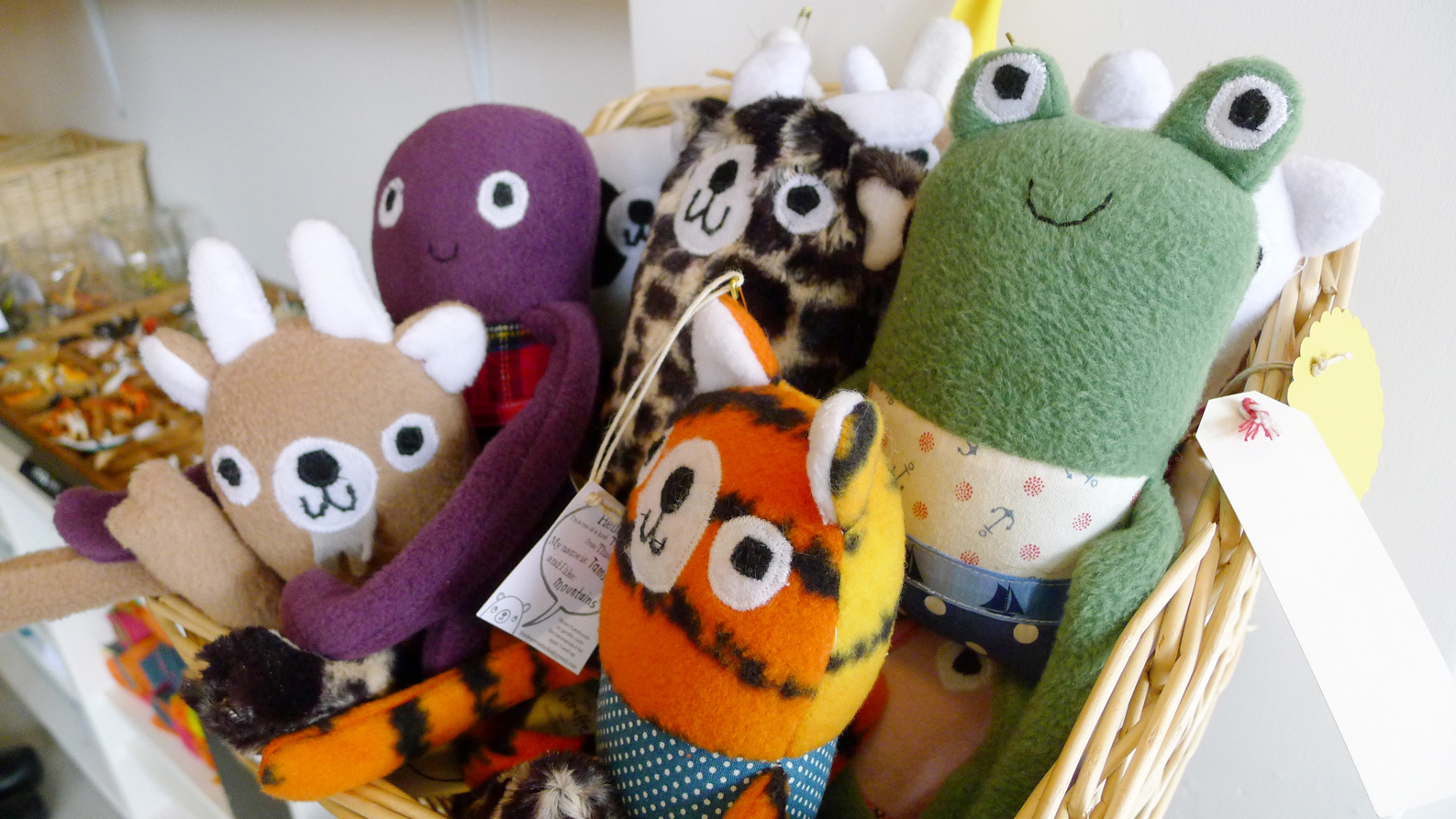 Melissa Luk: So what’s your background?

Erin Boniferro: I grew up in Toronto and then I came out West to go to Emily Carr. In art school I worked for a lot of arts education programs, often when they were hiring artists working as educators. Places like Arts Umbrella, Vancouver Art Gallery, the Contemporary Gallery. Then after graduating from school, I worked as an education programmer for the Richmond Art Gallery. I loved working for gallery programs and watching what was happening with families that came into art galleries together. I think that for some people that was a way for coming into an art gallery. Sometimes families that wouldn’t go to a gallery by themselves would go and let their children ambassador that experience for them. I liked that and I wanted to keep doing it. The long and short of it was that it looked like the best way to keep doing it was to build that kind of space myself. 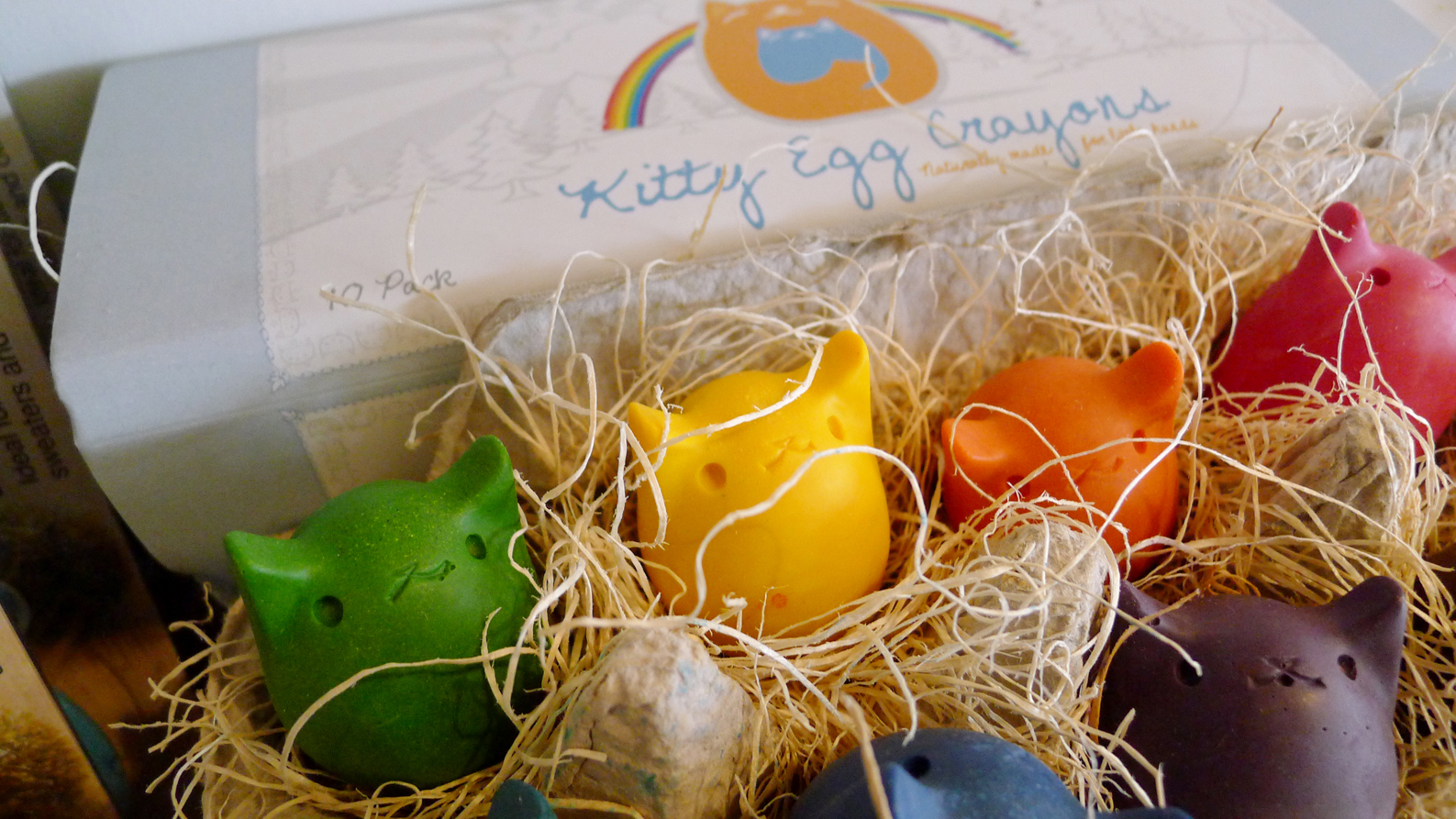 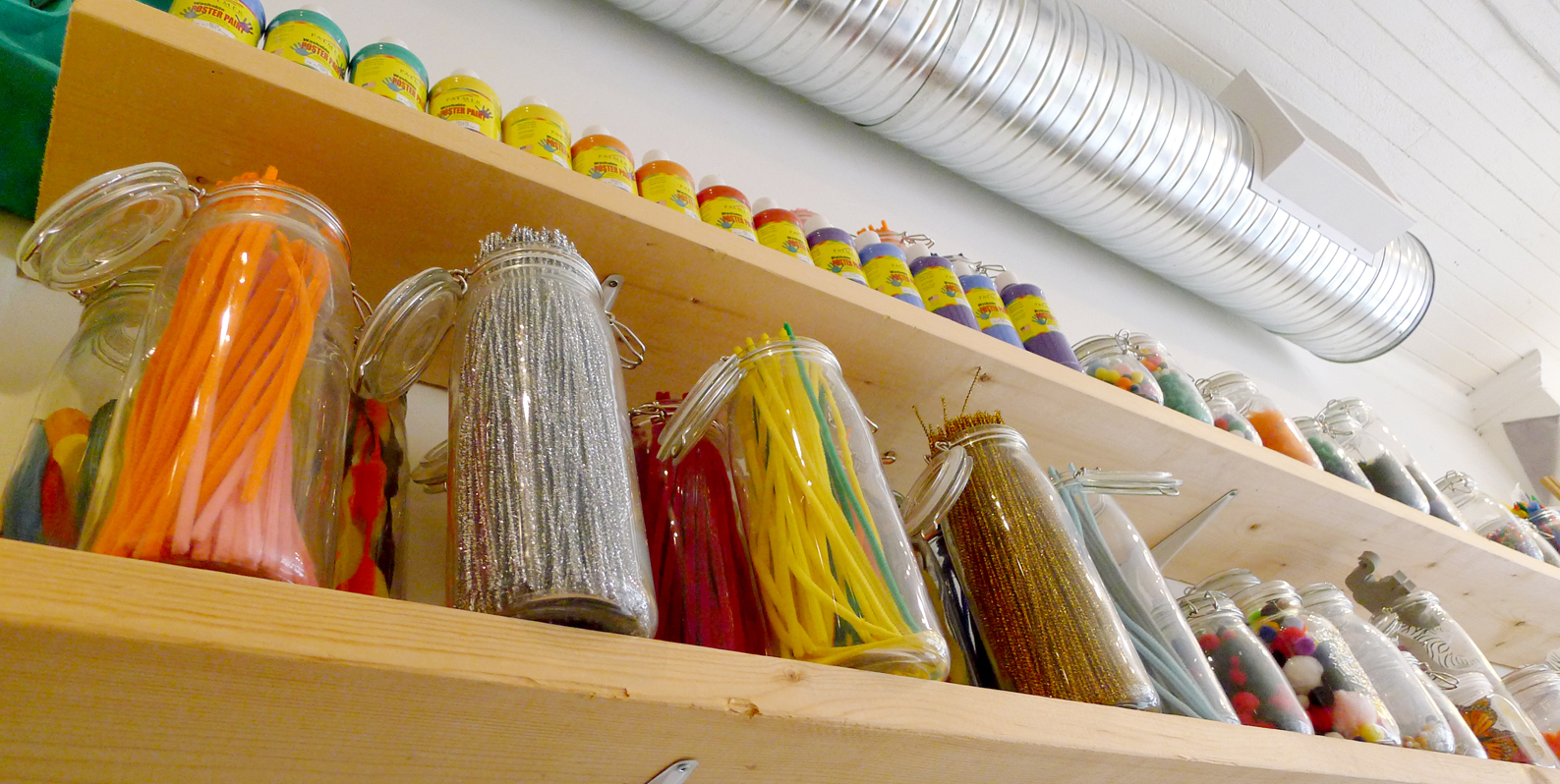 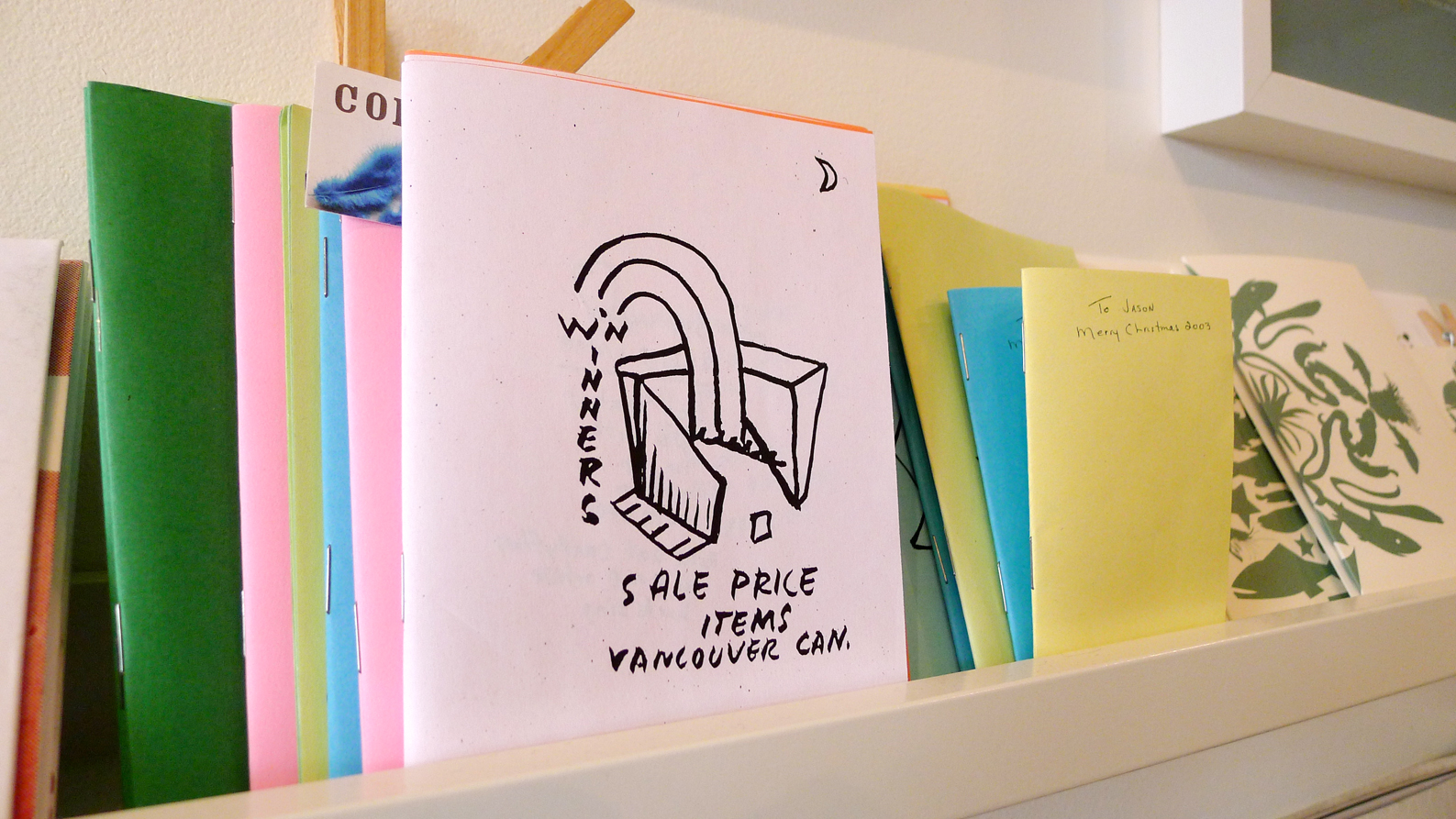 EB: You know, it’s a pretty busy retail time of year with Christmas.

ML: This is true. Do you think its also because of the neighbourhood? Did you choose it taking in mind the people that live here?

EB: That’s funny you should ask. I’ve lived in this neighbourhood for over 10 years. It’s East Van, so it’s a mixed neighbourhood, and also on the edge of Mount Pleasant. It’s just gaining popularity. When we first moved my store in there weren’t a lot of other storefronts open, but I believed that the families in the neighbourhood would embrace it. And I knew there wasn’t anything like this in the neighbourhood. I really wanted to have the space, as you just experienced with the kids being in here. I envisioned this table bench, being apart of the store and not having a store with classes running in the back. I really wanted them to happen beside each other.

EB: Two years ago in September.

EB: It’s going good! It’s still around, so that’s good. I mean, the first couple of years of any business is always hard, but I have a family that’s been a huge help in making it happen. This whole place is built on love and favours.

ML: How do you feel about Vancouver? As a city and as a place for arts and culture?

EB: I think Vancouver’s been a wonderful city to go to school in. It’s not a very big city so your educators were also out in the art world and so you had access to a lot of artists, curators and writers. In any other city I feel like that might not be as accessible. So when the art community goes out in Vancouver, they’re all out at that one place. I think that’s a real asset for people that go to school here. And that very same community is the one that supports my store now. 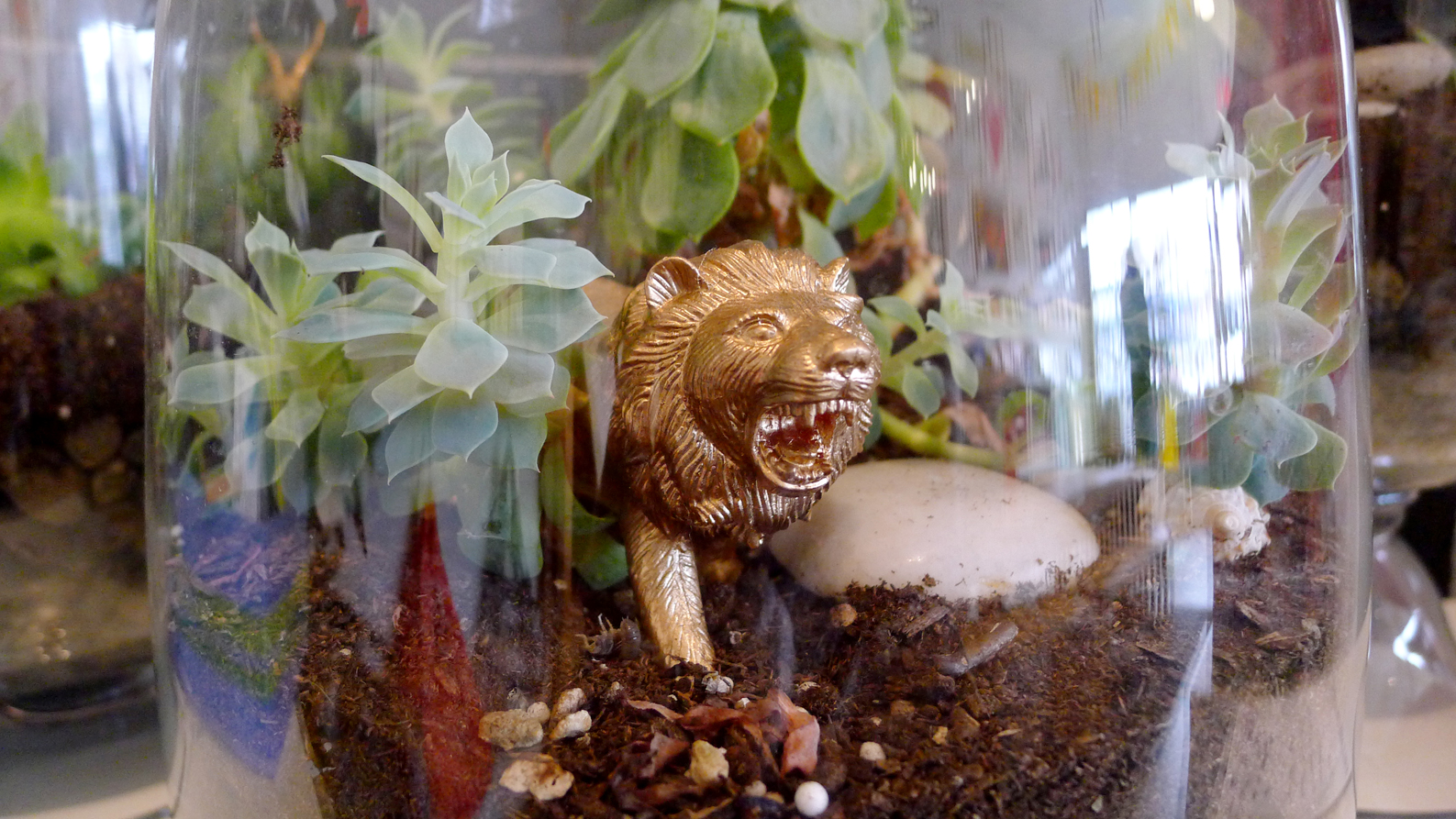 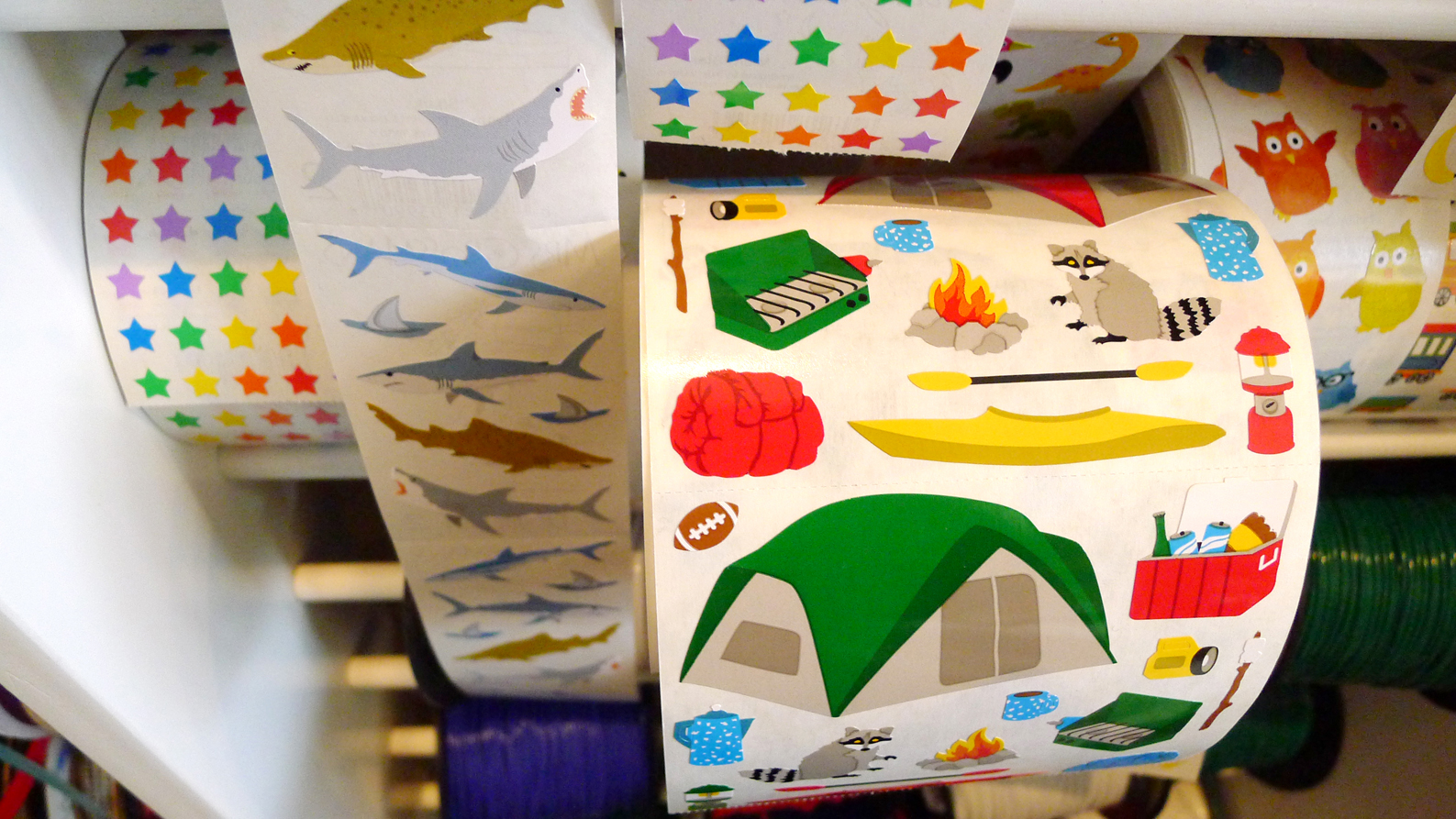 ML: The last question I had was, who are you influences in your practice, in your artwork, in teaching. When it comes to working with children and teaching, as well as art, Lynda Barry for me comes to mind.

EB: Well I have my art practice and I have the store. For the first year I was really worried I was going to lose touch with my own practice. Then a very sweet friend of mine, also an artist, sort of looked around my space and said, just let this be your practice right now. The way that you’re curating it, the way you’re putting projects together… That was a nice thing to hear because I feel like I’m still using my artist self to make this happen. In fact I’m entirely using my artist self to make this happen. [laughs] As far as influences go from an arts education point of view, I’m heavily influenced by the Reggio Emilia approach, which is an approach that comes out of a place in Italy.

ML: Did you learn about that at Emily Carr?

EB: No I learned that through a mentor named Susan Hoppenfeld who used to run the children’s program at the VAG. She’s an art educator and she’s amazing. She put a leg into that path of Reggio practice. Then there was this lovely fellow named Bruno Munari

ML: Oh, I see lots of his books in here!

EB: Yeah, yeah! He was a graphic designer, an Italian graphic designer, and an educator and he’s just amazing. I feel like I can still have an approach that is also engaging for adults, and the Munari stuff is like that. It’s clever and there’s a level there for the children, and there’s a level there for the adults. The things that he makes and what he illustrates in his artwork translates back and forth to what he exposes children to. It’s not changed one for the other. He had an illustration career as well, but then when you look at his artwork the two go hand in hand. They don’t sit so separately from each other. It raises the bar on the things we produce for children. You have to remember that the child is not alone in choosing a book, sitting down and engaging with it. There’s also an adult who’s there to do that with them. When you include both kinds of people in that it is all the more interesting. 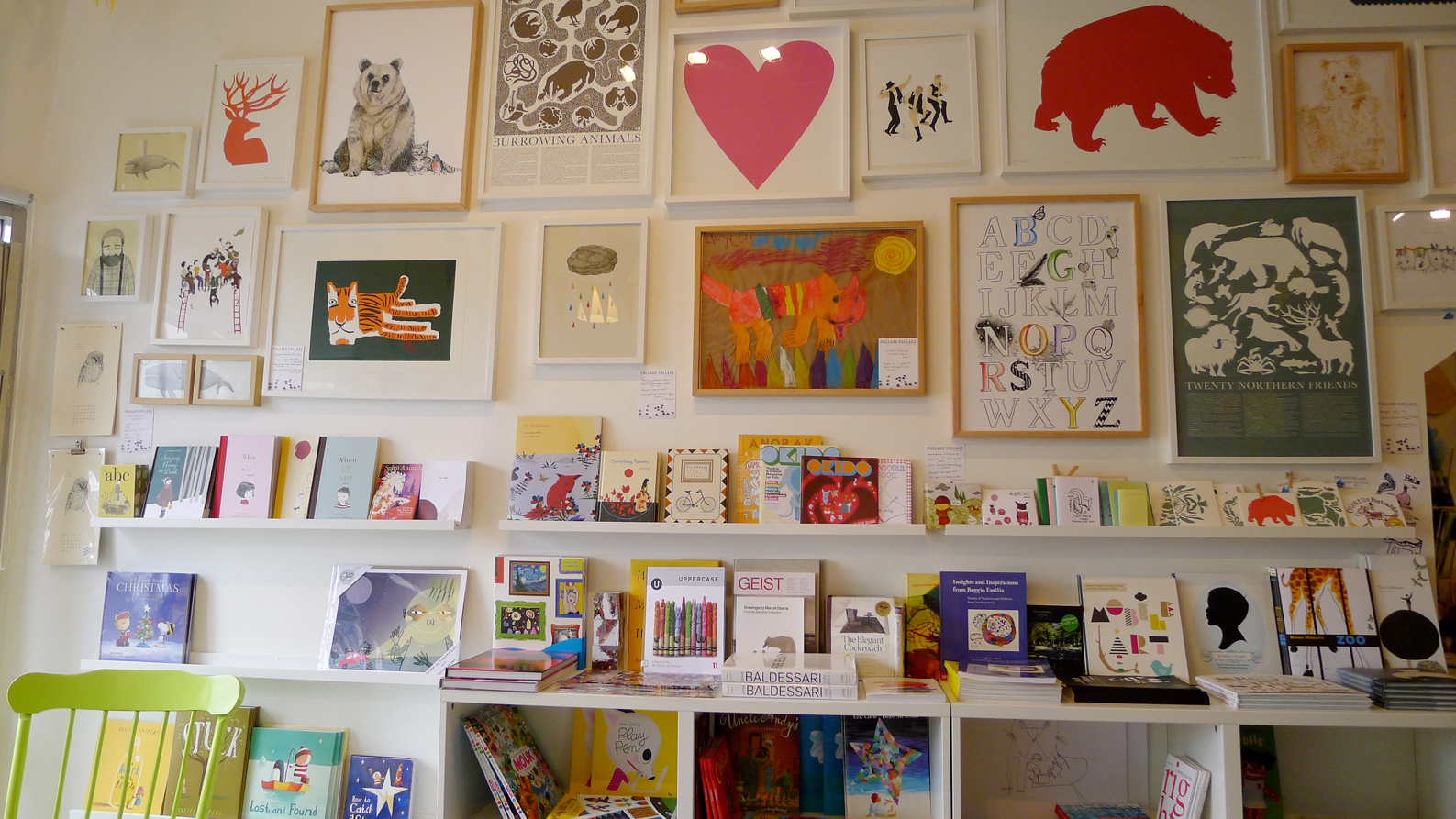 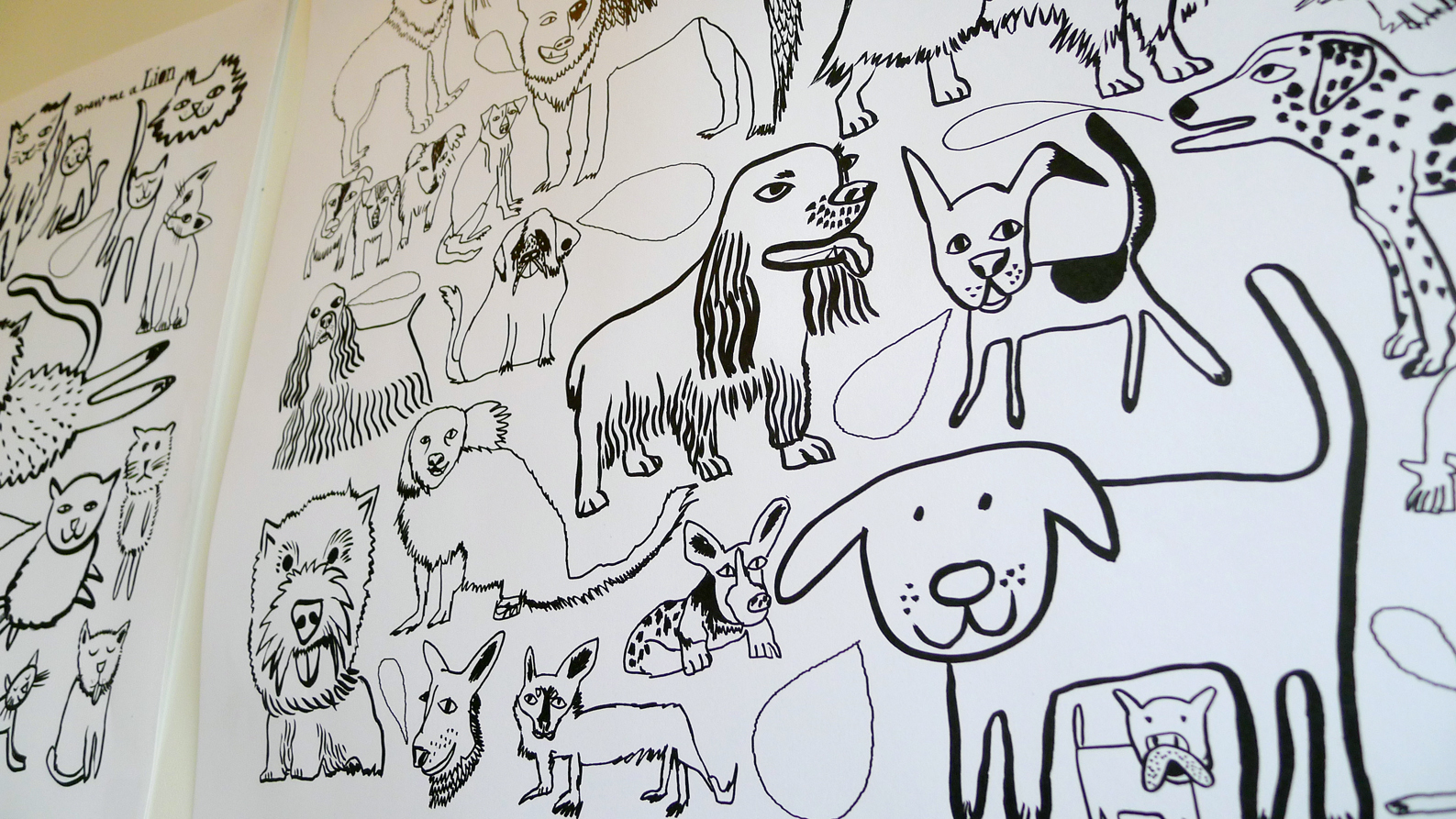 ML: How about as a curator? In displaying and choosing things for the store, is there anyone who influences you in that aspect? Or a certain style?

EB: I don’t know. I mean, this is an educational place, so if anything I don’t want to have one style. I want to have a space where there’s room to see it all. I want to have space where there’s room to expose as much as you can. What I like about my space is that I sell pompoms and I also sell a book about Baldessari and I like that those two things have to live in the same space together. That’s the most fun to me. I like what the Baldessari book does to the pompoms and I like what the pompoms do to his work.

ML: That’s a little bit of a special quality for a store that sells for both children and adults. If this was just a store for adults you couldn’t have a jar full of pompoms almost.

EB: I think you could. Maybe I’m trying to not call it just-for-kids or just-for-adults. It’s the same sort of thing about people asking me if I have children. Well, no… I created this space for people that are interested in the arts. And I have a particular interest in kids in the arts because I respect where they are in their lives and their approach to artist aptitude in their lives is so open. Being able to show the kids all kinds of different work, often times from people that live in their neighbourhood, or at least come from the same city, is really exciting. A few kids last year in the recurring classes, if I told them about an artist or showed them books about an artist, kept thinking that meant we were all friends. 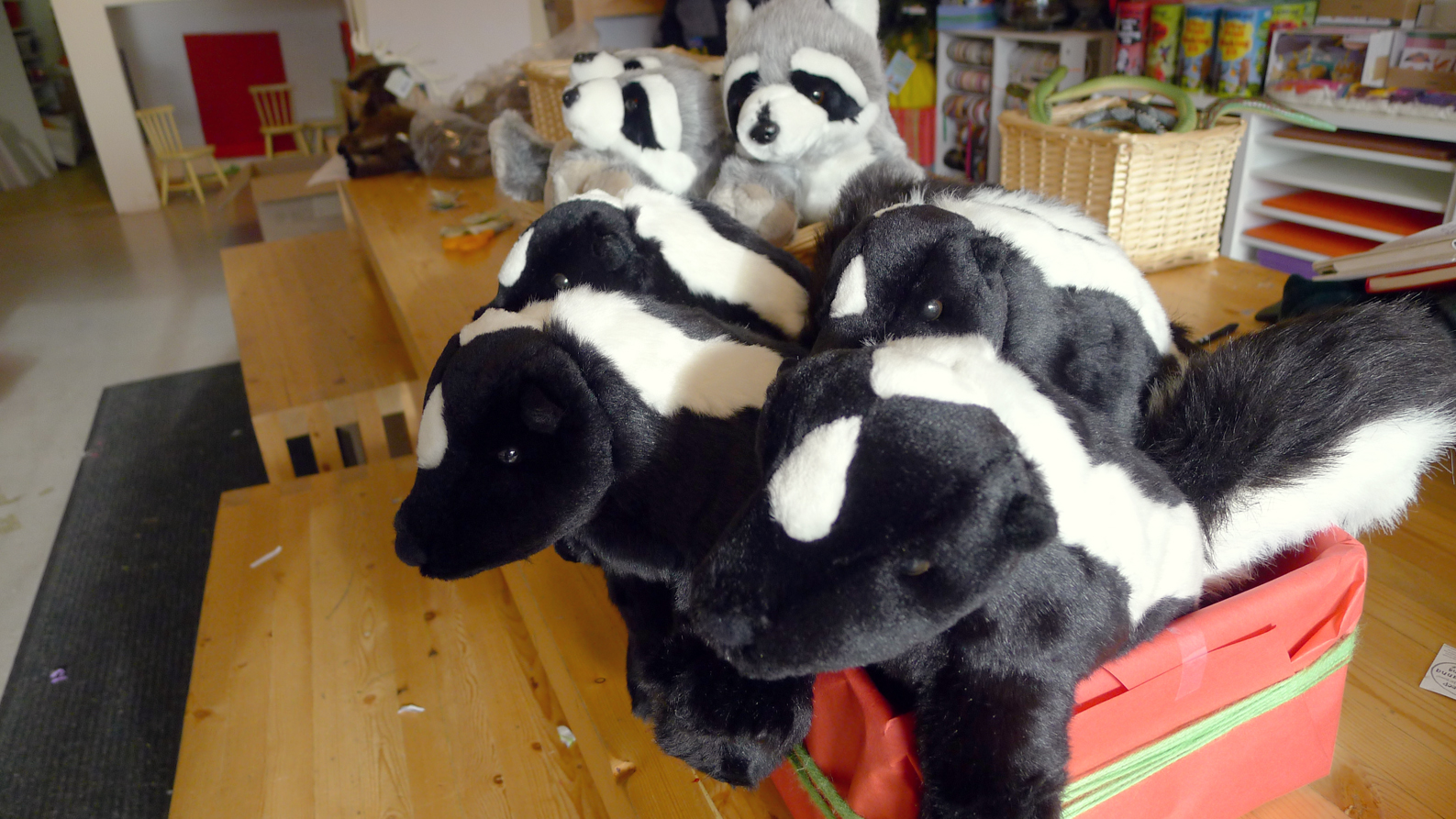 EB: Yeah! Because once in a while artists who were showing their work in the store would come in and hang them. Then it became that, if we talked about an artist, the children would refer to them as my friend. Is your friend Miranda July still making pennants Is your friend Nick Drake still making … and that’s hilarious to me.

EB: And I loved that there was that sort of connection where they would think, ok they’re people, they’re accessible. They’re not dead or from another time…

ML: Or they’re not über-famous, or out of reach…

EB: Well some of them are über-famous, but the kids still thought, ok he’s a guy making things about stuff that also matters to me and my family in this moment. You know? And I think that’s the big deal. The big deal for me about art, in particular for kids, is that it acts as such a strong communicator. They don’t necessarily get a chance in school all the time to exercise all those ways of communicating. If I could offer art as a way to talk about things, or explore things you can’t through language or other experiences… that’s kind of what this place is about. 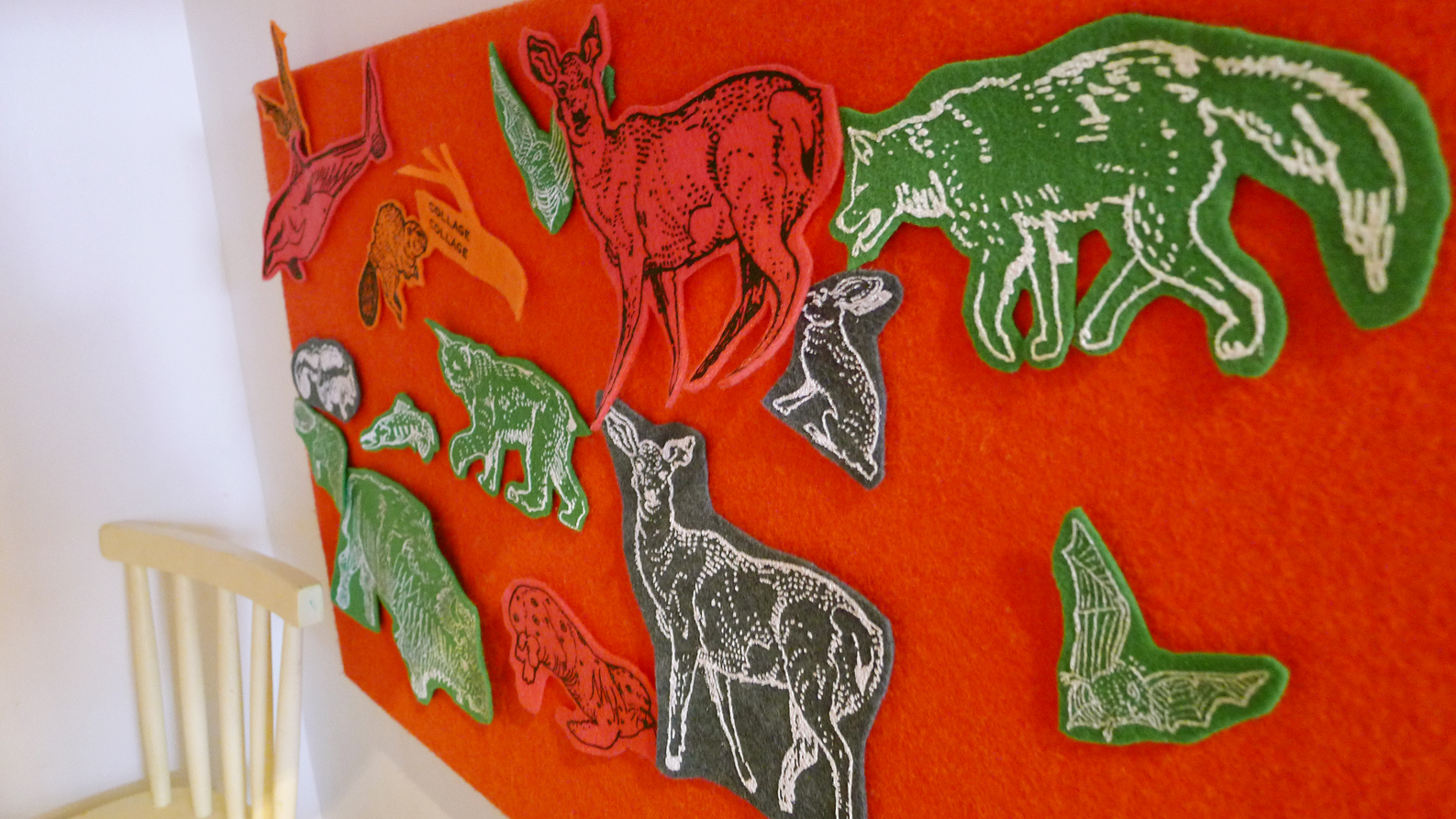