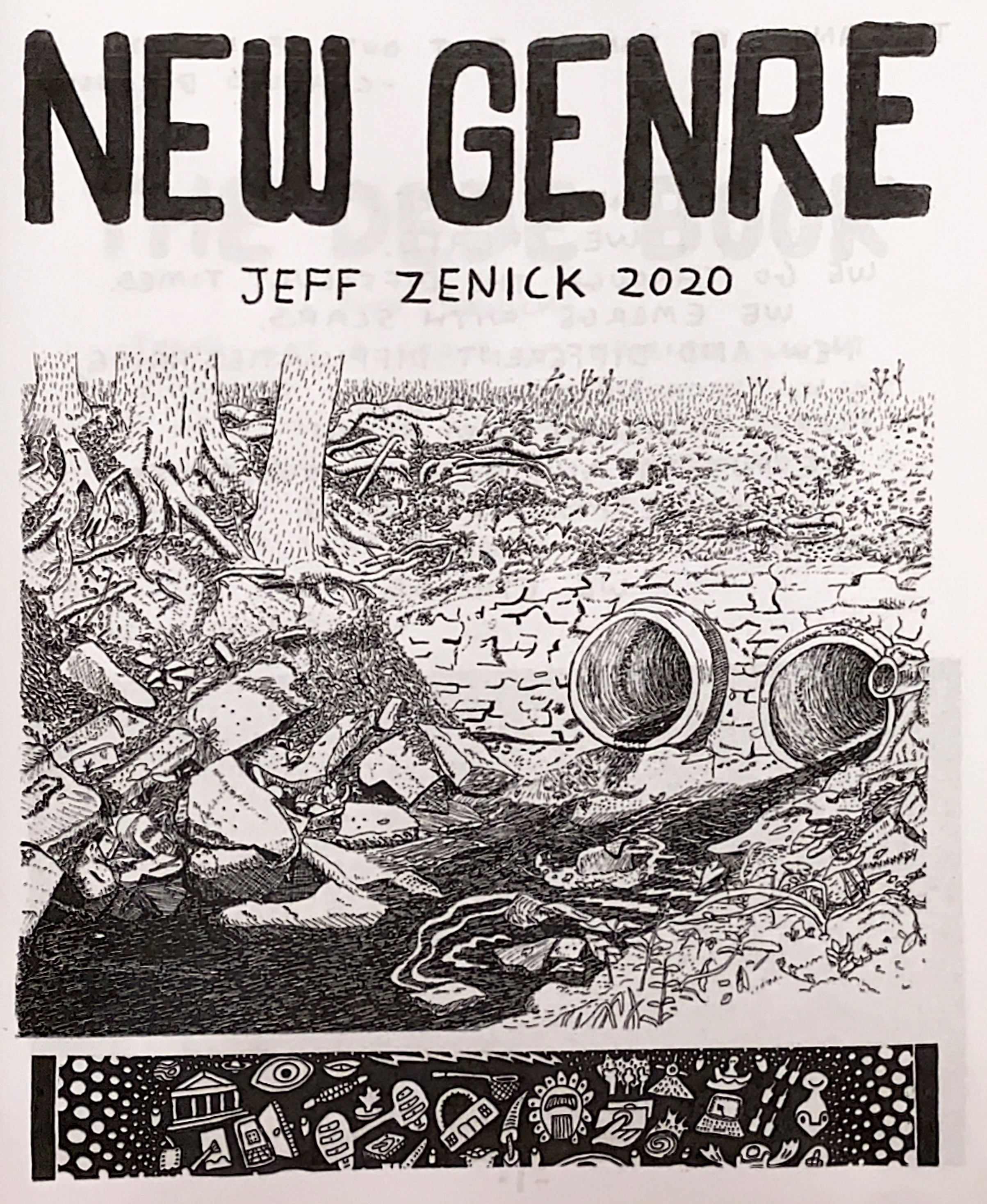 New Genre is a collection of sorts from prolific so-called outsider artist Jeff Zenick. Zenick was born in 1956, and the self-taught Floridian has been self-publishing zines for most of the time since. This recent release, divided into four parts, seems to centre around independence, as Zenick describes friendships, art practices, and events that have influenced his current work or from which he has departed.

The nature illustrations in Part 1 are lush and detailed. Each leaf and blade of grass stands alone. The illustrations in Part 3 hold a similar level of detail, a smattering of figures and characters such as a moai head sculpture and Lucy Van Pelt. These drift in empty voids, with each panel feeling a bit busier than the one before it. Part 2, however, is radically different, and consists of sayings or thoughts that Zenick wrote down, stashes of words devoid of context. Some are identifiable, such as the odd song lyric, but most seem to be stray phrases.

Part 4 begins with some autobiographical writing. Zenick describes their youth before detailing some of their artistic practices over the last few years. It ends with a collection of portraits based on Suicide Girls, accompanied by a series of “impressions” based off the website’s models. Zenick opts to not have the impressions pair to their respective portrait, and as a result, this portion feels a little off. Any agency or control these models may have had over their image feels like it’s removed when reproduced like this, and these portraits shouldn’t just be a “stash of images” in the way Part 2 was a “stash of words.”

There’s a lot to like in New Genre. Hopefully, Zenick is able to reconcile his intentions with the final product a bit more. 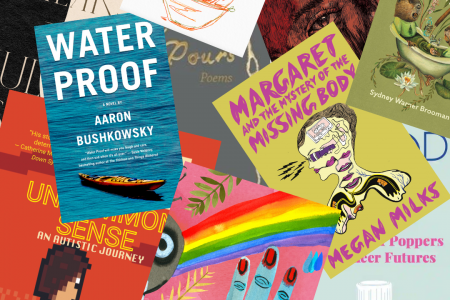