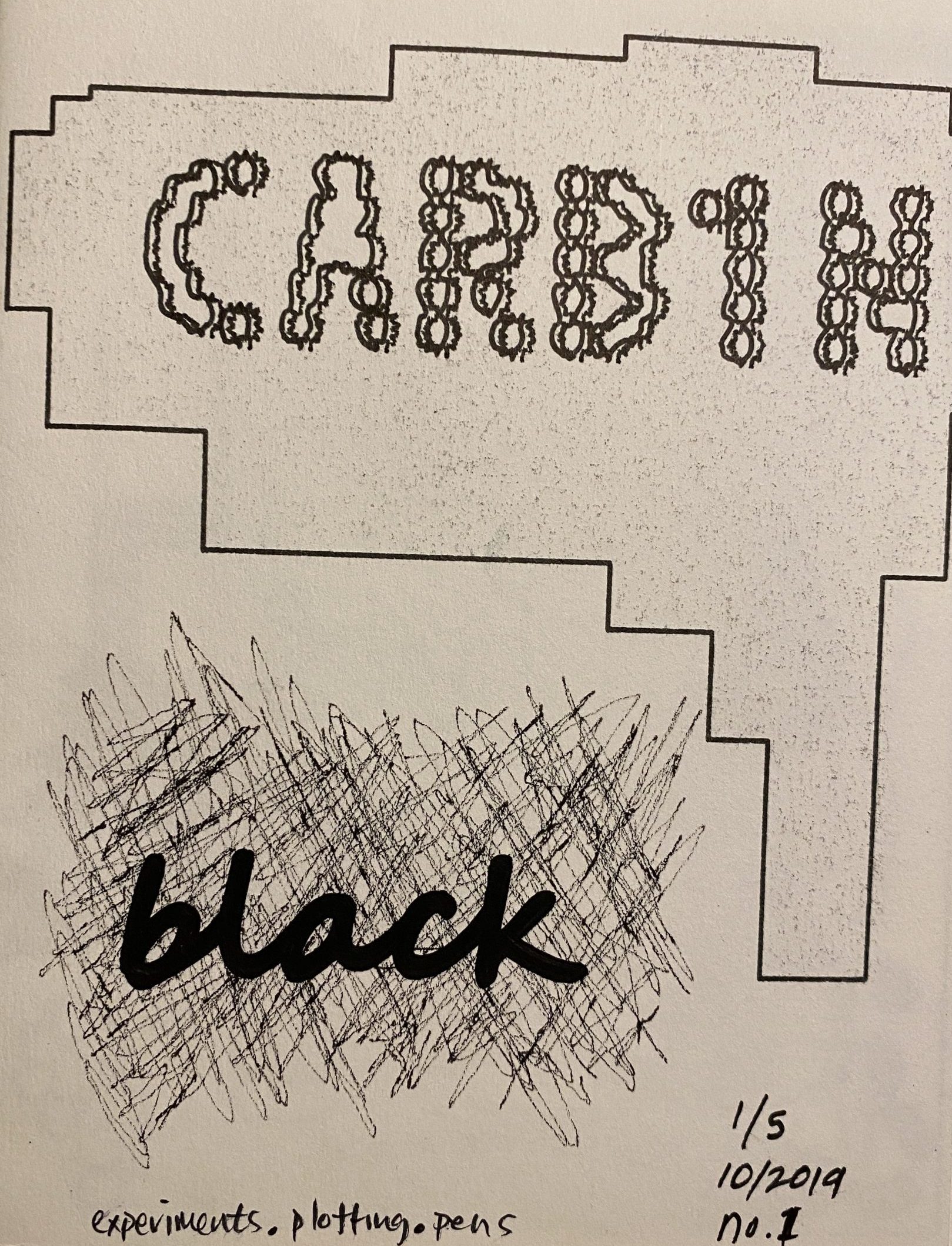 Pen plotters are — while not necessarily a novelty — an interesting hangover from a more or less bygone era of drawing and printing. Essentially, plotters are computers that are programmed to use a pen to impress a pre-designed image onto the page — a neat collision of digital and analog. Carb1n Black then, is an interesting mix of ‘outdated’ media: a pen plotted self-published illustration zine. Doubling down on obsolescence in the best way.

At a brief six pages (plus covers) Carb1n Black consists of full page illustrations produced by a pen plotter. There’s a few simple cartoons, some small geometric figures, a maze (you can find a lot of videos of pen plotters navigating images like this one), and then, a final page of written lines that devolve from one sentence to another. It’s all relatively interesting given the way in which the images were produced. There’s plenty of art produced by machines out there that is much more technical or visually impressive, so it’s refreshing to embrace something rougher, an alternative cartoonist with circuitry for a brain.

Carb1n Black is one of the more outstanding illustration zines I’ve come across, and I’d be very interested in seeing what else can be produced with a pen plotter, and what variations are possible. Who knows, maybe in a few months we’ll all be gearing up for the first pen plotted graphic novel.