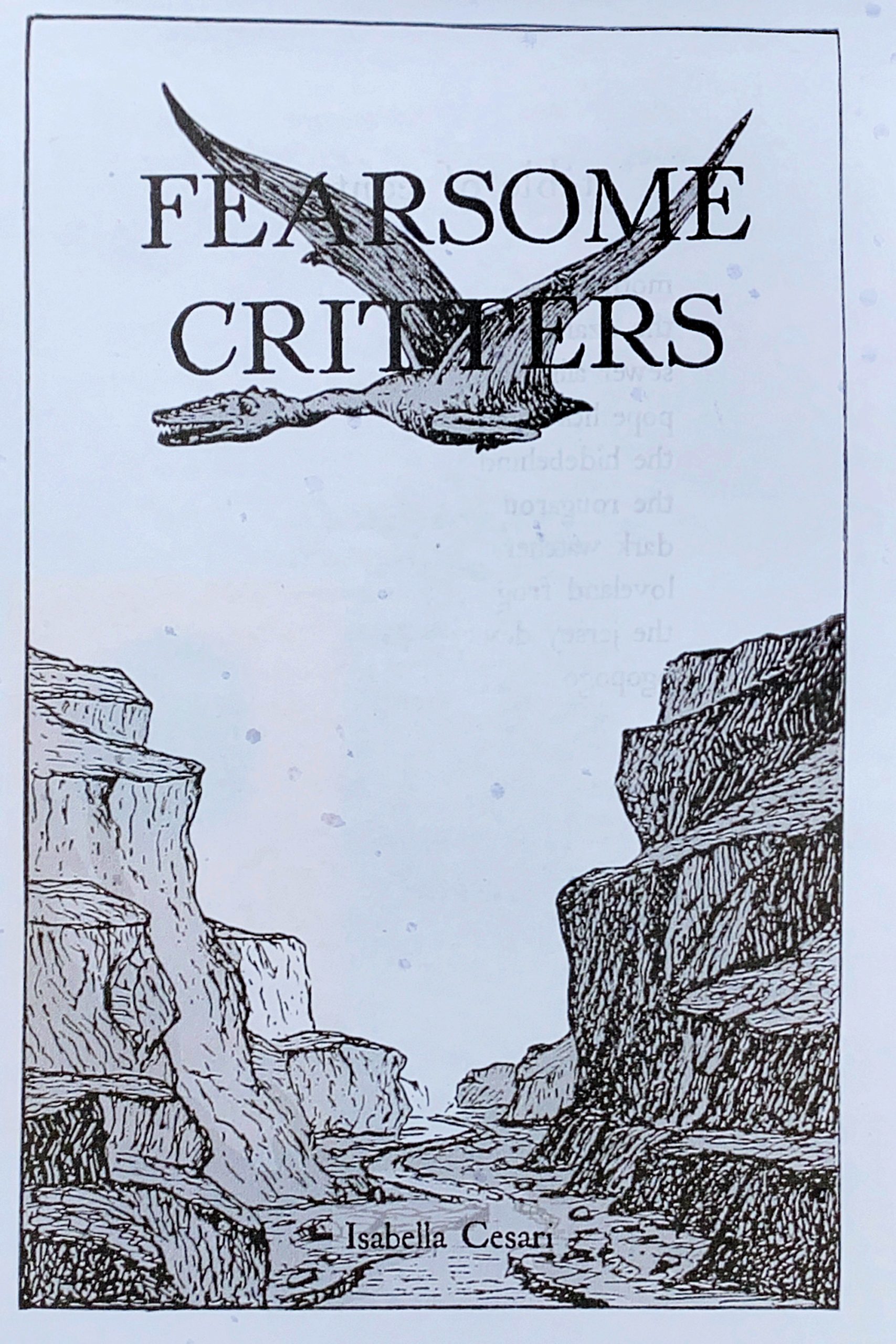 As a kid, I scoured the library’s National Geographic section searching for the most badass animal I could find. This extended to the Dragonology books, too, which treat dragons as real species to be researched and catalogued. Fearsome Critters starts with an etymological description of the term “critter” and its lumberjack-ian origins, with nod to how “this continent has been said to be home to a host of strange, mysterious entities whose existence has never been proven… or disproven.” As you might guess, the string-stitched zine is its own small encyclopedia of North American mythological creatures.

Some entries are well-known cryptids, such as the notorious Mothman, while others are obscure, such as the Hidebehind, who makes a walk in the woods seem more dangerous than standing in the middle of the 401. The Hidebehind, Cesari explains, is supposedly a huge mass that stalks loggers, a presence they could feel but never see. Yikes! There are also images detailed enough to maximize the vivid descriptions. Though monochrome, they give a sense of each critter’s legendary physicality. Altogether, the zine is filled with info to excite the budding cryptozoologist in everyone.

The downside is that the zine is short, even shallow — the charm wears off, and the zine doesn’t land anywhere satisfying. Each entry has maybe three written segments, and some of those are dwindled down to a single sentence. Though there is a degree of intrigue to this, one gets only a peripheral glance into an idea with so much potential. Depth is a tricky thing with making an animal encyclopedia in zine form, especially if the entries are based on the unreal. But there should be enough detail to completely describe the legend. Fearsome Critters gives only a glimpse. Too brief, but still beautiful.