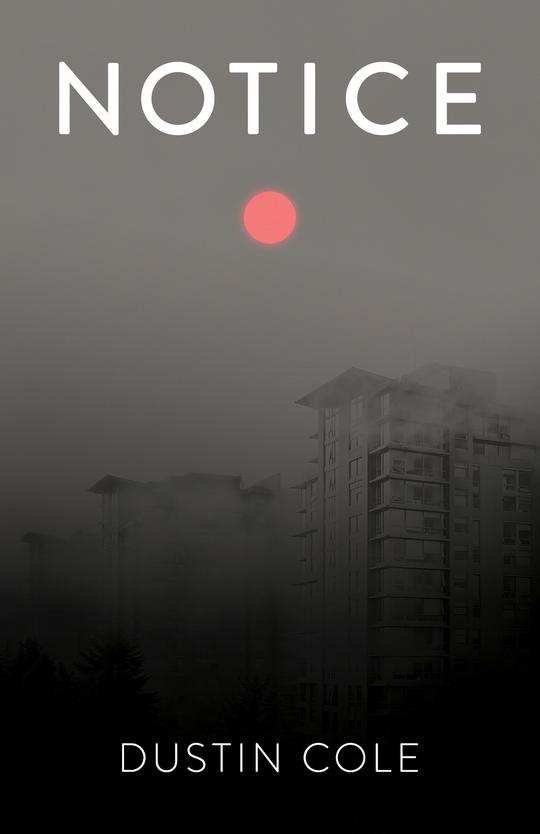 Dylan Levett, a crotchety down-on-his-luck dishwasher, is pissed off — and for good reason.

After a shady superintendent offers him cash to quickly and quietly end his eight-year tenancy, he discovers that he and others in their dilapidated apartment building are up against the ultimate renter’s nightmare: renoviction. So begins Dustin Cole’s debut novel, Notice, which tells the story of a man who puts up his best fight as his life unravels at the seams.

The similarities between Notice and The Dishwasher by Montreal’s Stéphane Larue are striking. Both portray the lives of apathetic Millennial restaurant workers who unwind every night after work in a booze-soaked and drug-fuelled haze and include detailed descriptions of the physical and mental toll of dish pit drudgery. But while Lerue centers The Dishwasher on the perils of gambling addiction, Cole focuses on the hellish bureaucracy of the Landlord Tenant Board.

Cole’s rich vocabulary (the mark of a poet whose first collection, Dream Peripheries, was published in 2015) is especially lush and evocative. The gloomy, harrowing underbelly of Vancouver’s downtown eastside, “a soggy bazaar of the halt and afflicted,” haunts Dylan as he walks to work in gentrified Gastown. As the arbitration process drags on, we see just how close Dylan is to losing his home, his job, and his will to carry on. His increasingly unhinged frustration is as understandable as his acts of revenge and self-sabotage are disturbing.

Notice will undoubtedly resonate with renters everywhere due to the unfortunate and widespread reality of an affordable housing crisis that worsens thanks to stagnant wages and growing wealth inequality. Cole vividly captures the fear, anger, and anxiety par for the course for disenfranchised tenants hanging in the balance in today’s precarious rental market. If Notice is a somber read, it’s only because it hits too close to home.