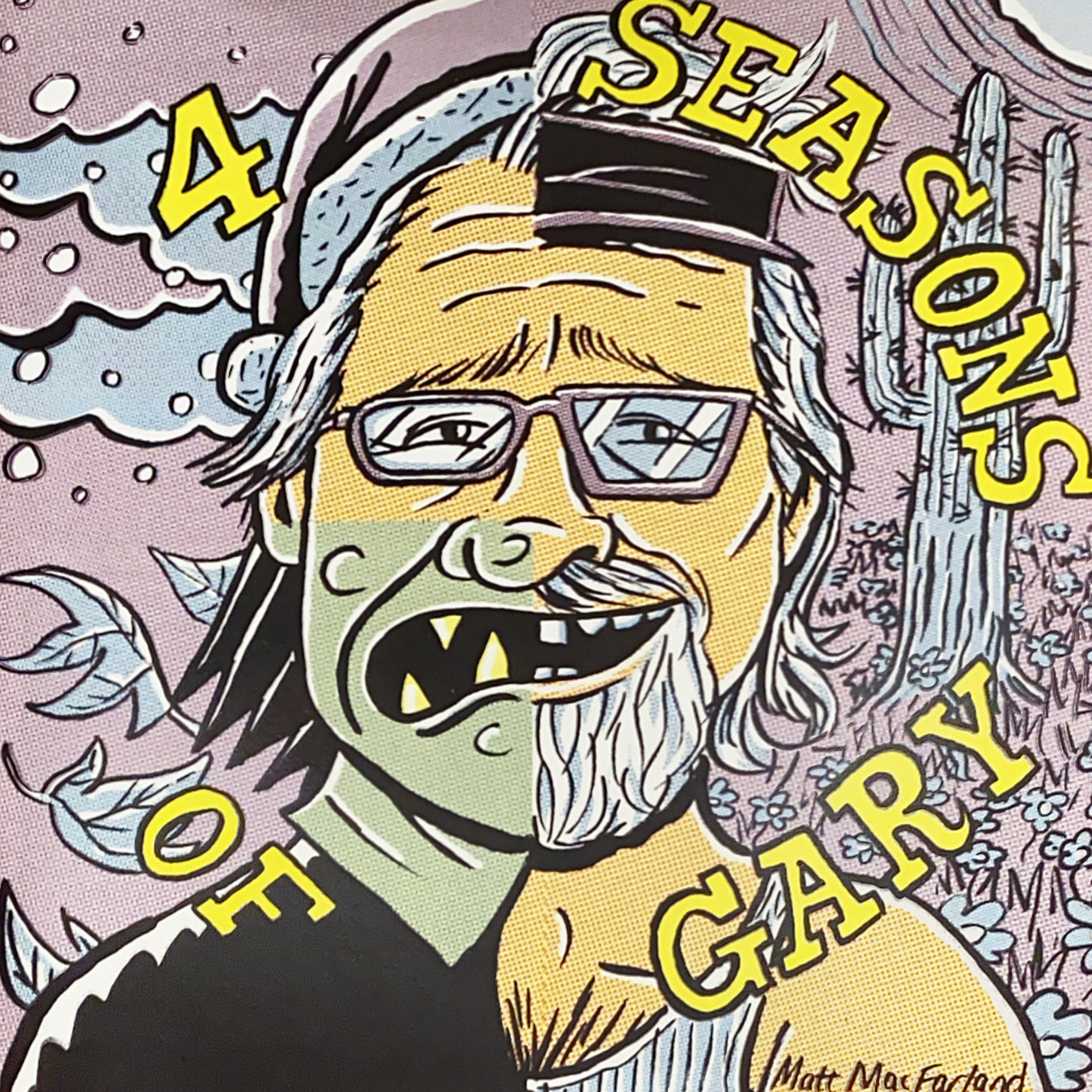 As people on Twitter would probably say, there’s a lot of dad energy in Matt MacFarland’s 4 Seasons of Gary.

Across 16 four-panel comics, 4 Seasons of Gary depicts moments from the life of MacFarland’s father, Gary MacFarland. These range from Dad’s monster movie-loving youth to his recent exploits as a grandfather who loves to milk a joke for all its worth.

There’s a real warmth to the comics here, with MacFarland’s love for his old man always at the forefront. Each of the comics is titled separately, but there’s a clear connection and continuation between them. These are undoubtedly some of MacFarland’s most cherished memories, and it feels, at times, as though you’re in the same room, having them recount these stories to you.

MacFarland uses four distinct colour combinations. The zine opens with a green and yellow scheme and ends in blue and light brown. He cleverly uses these to distinguish the distinct periods of Gary’s life being represented. Throughout, MacFarland’s renderings of his aging father remain uniquely and stylistically coherent across eras, but they show a clear evolution of who he was just pages before. MacFarland has honed his style, and has a real flare for effect and expressions, as characters’ hair flares out, their eyes bulge, and their mouths hang agape. It’s strong, distinct cartooning. It’s always refreshing to read something where there’s a discernible and clear passion for the subject matter, and 4 Seasons of Gary has just that. Hopefully, McFarland is willing to share a few more seasons.