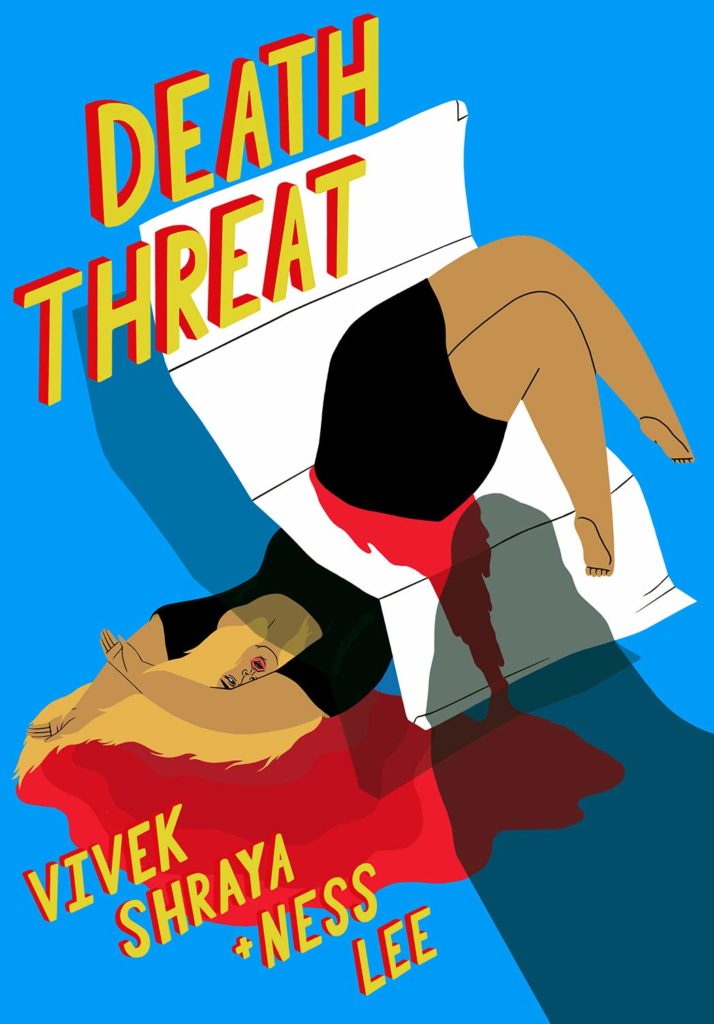 Vivek Shraya and Ness Lee’s Death Threat tells the story of Shraya’s experience being harassed by a stranger through email in the fall of 2017. It balances visual art and storytelling not only through words and imagery, but also through the visual symbolism representing Shraya’s emotions and imagination. Shraya’s storytelling is free-flowing and musical, shown through her in-character voice and the humour she uses to explain and combat the emotional turmoil she experienced during this time in her life.

Death Threat’s artwork is far more than an illustrative afterthought, breathing life into Shraya’s story. Lee’s use of contrasting bold colours creates both movement and stagnation when the scene calls for it. The blue linework is unique and softer than the typical black, creating a sombre and dream-like feeling alongside the limited colour palette.

Obviously transphobia and homophobia persist in the death threats, but the major source of condescension directed at Shraya is her femininity. “Doesn’t being trolled on the internet go hand in hand with being feminine?” she asks, emphasizing the misogyny that is taken for granted and so easily ignored in the online world.

Death Threat’s ending is intense, not only visually, but also in its repeating barrage of threatening words. In its climax-like intensity, the ending could be interpreted as incomplete if not for the afterword, though I personally appreciate the ambiguous conclusion. Death Threat is relevant not only as a documentation of lived LGBTQ2S+ experience, but as a work of art in its own right.