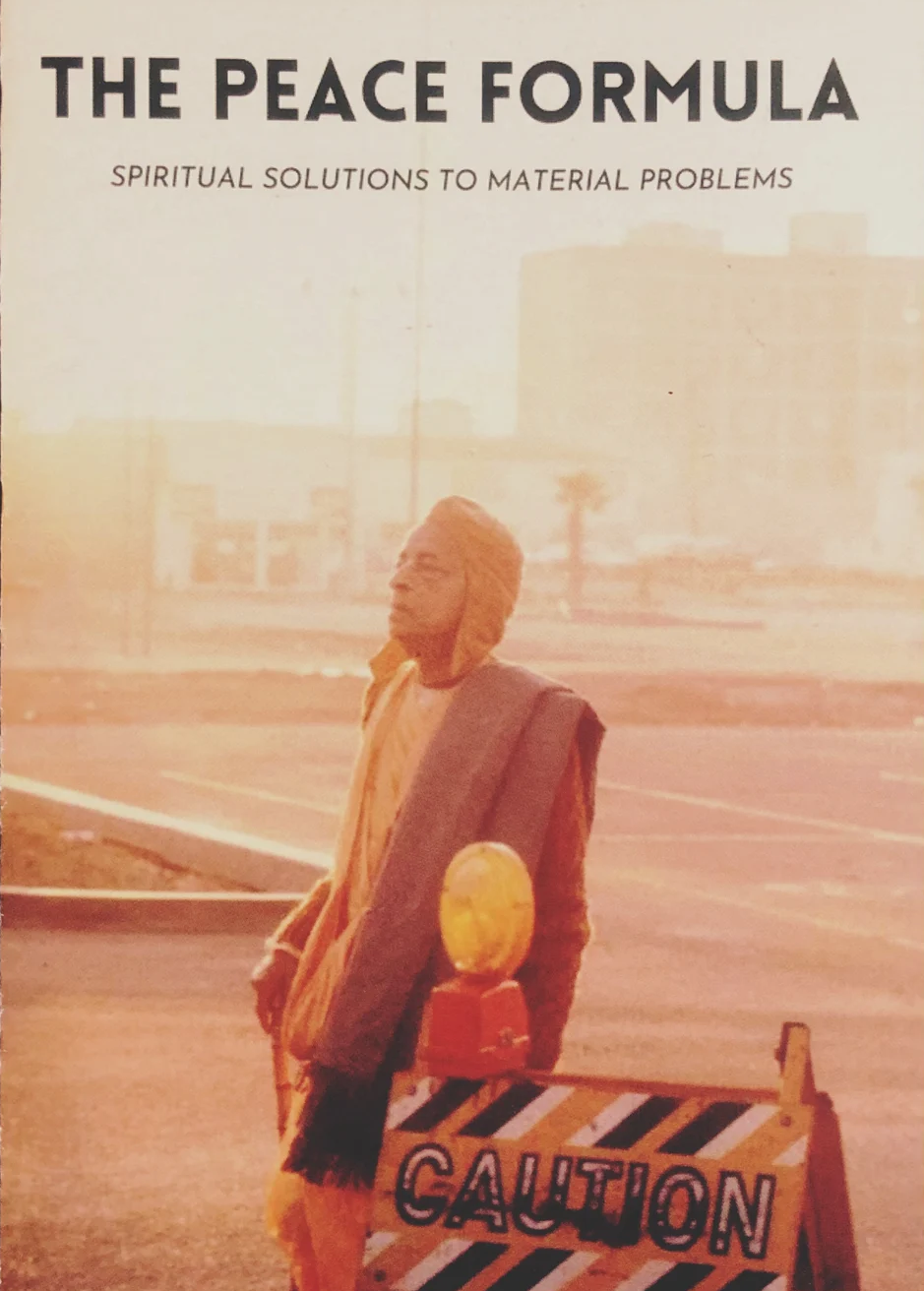 The debut issue of this UK-based zine published by unnamed authors is subtitled “spiritual solutions to material problems.” It consists of Hindu art and images and brief religious essays on politics, affiliated with some strain of Hinduism that I can’t readily identify. However, the authors are very enthusiastic about Krishna and gurus associated with Vaishnavism. It’s clear that The Peace Formula has high aspirations in launching this zine project, with accompanying music, videos, and weekly podcasts supposedly to follow (though I don’t see that any have followed since the zine was launched in February.)

A serene, yogic figure graces the colour cover, on a foggy streetscape, foregrounded by construction signs. Inside, the authors use high contrast, black and white collage graphics to great effect. In one particularly beautiful spread, a guru is seen teaching a crowd of devotees, an ocean of trees behind them, and bold Sanskrit text flowing between them. Even with that imagery, the authors employ an aesthetic familiar to revolutionary-minded political zines, with hand-scrawled titles and patchy typewritten text. It looks raw and urgent. In substance, however, The Peace Formula feels more like a religious tract than political zine. The authors want to critique Western democracy and political participation. They too contrast the pointlessness of material pursuits and the illusory gains of “fictitious material equality” with the supposedly more fulfilling pursuit of spiritual awareness and devotion to and reconnection with the Supreme Being. Hey, maybe that is the formula for peace after all — we certainly haven’t tried an approach where all of us become monks and nuns. But the zine only makes superficial cases in its arguments, reading like religious propaganda. All in all, an interesting zine with a point of view that some may regard with skepticism.