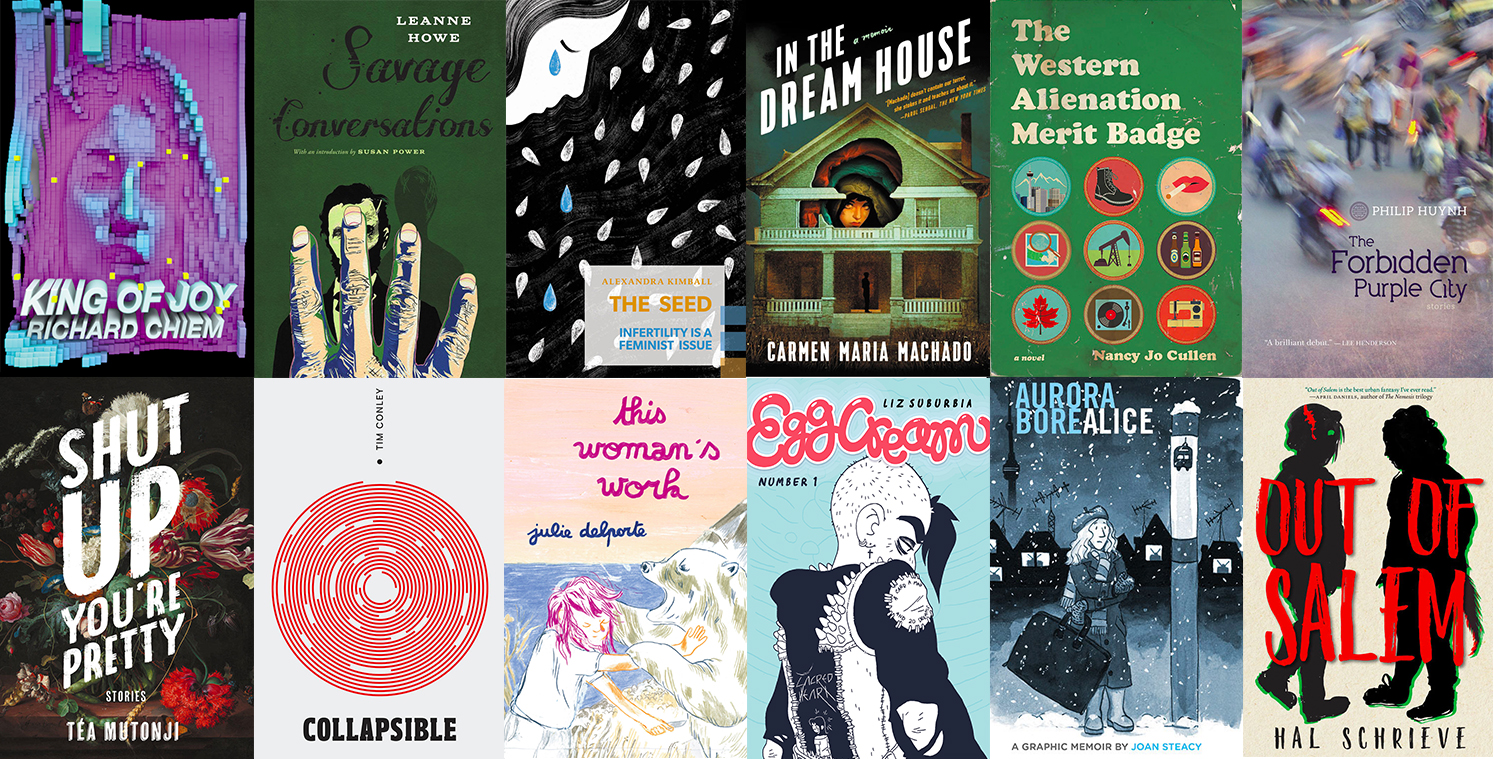 Here are our picks of the best 12 indie books
coming out this spring! 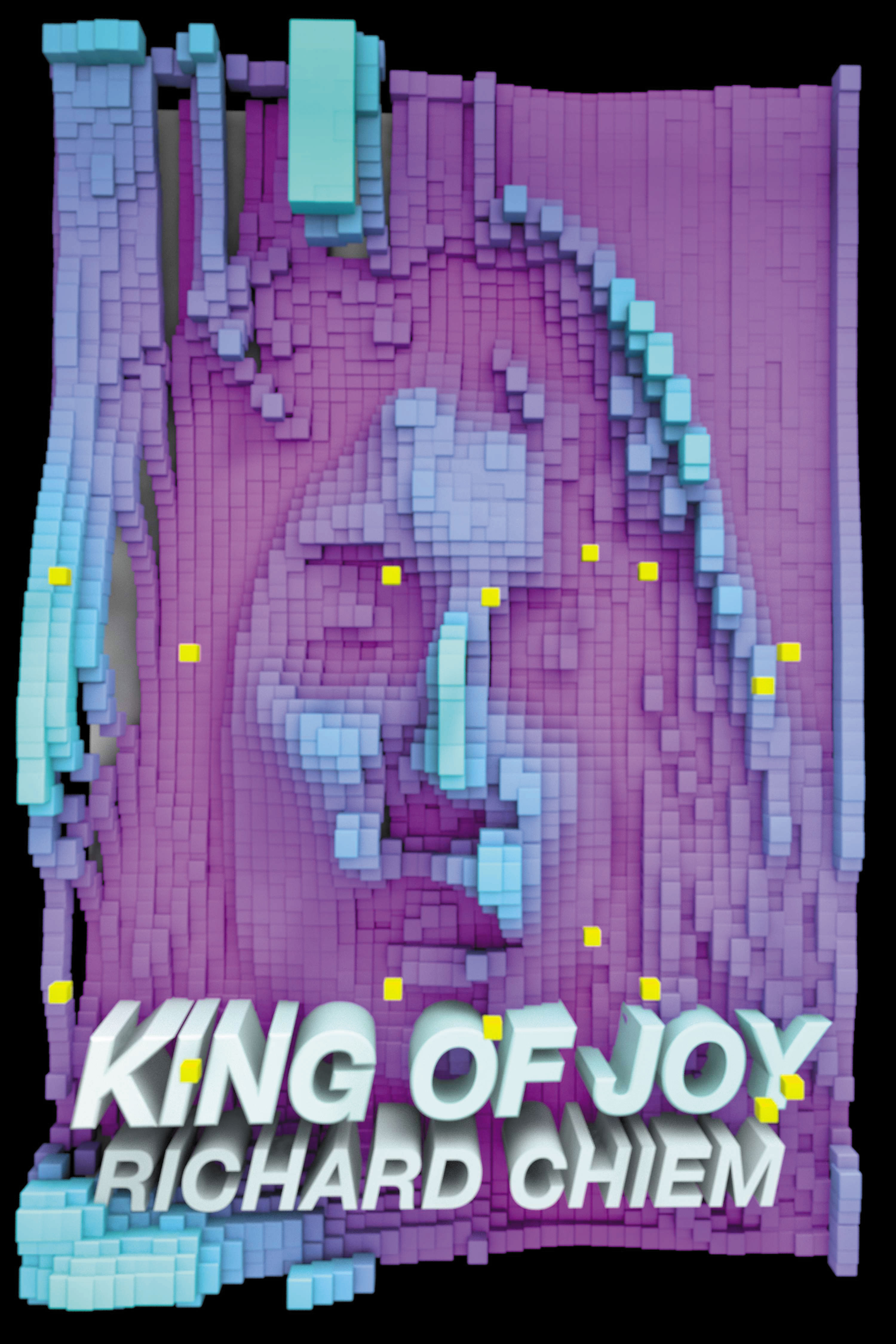 This is shaping up to be the breakout book for Seattle-based Chiem, whose first novel was named one of Publishers Weekly’s 10 Essential Books of the American West. In prose oft described as “inimitable,” Chiem tells the story of a woman working through her grief with a pornographer of “unconventional methods.” The LA Times says Chiem is a 2019 writer to watch: We agree.

Read our Q&A with Richard Chiem & listen to him read an excerpt from King of Joy. 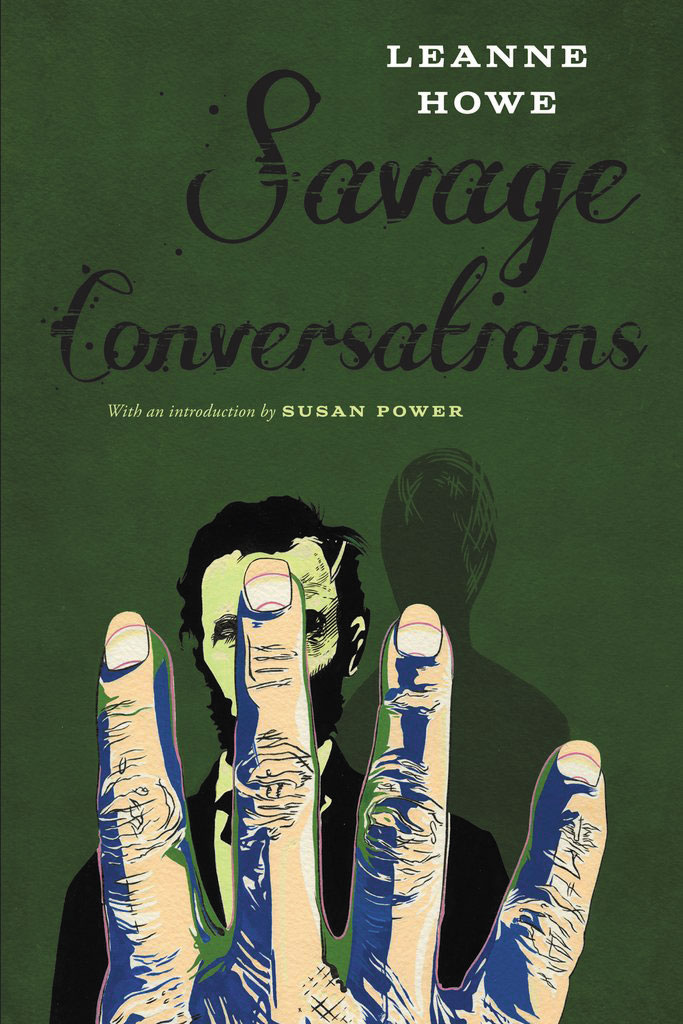 Opiate-using Mary Todd Lincoln struggles with an apparition of a “Savage Indian” who scalps her nightly. Brought to you by underexposed novelist and playwright LeAnne Howe of the Oklahoma-based Choctaw Nation. One of Howe’s previous novels was nominated for the prestigious French prize the Prix Médicis Etranger. This is contemporary Indigenous writing at its best. 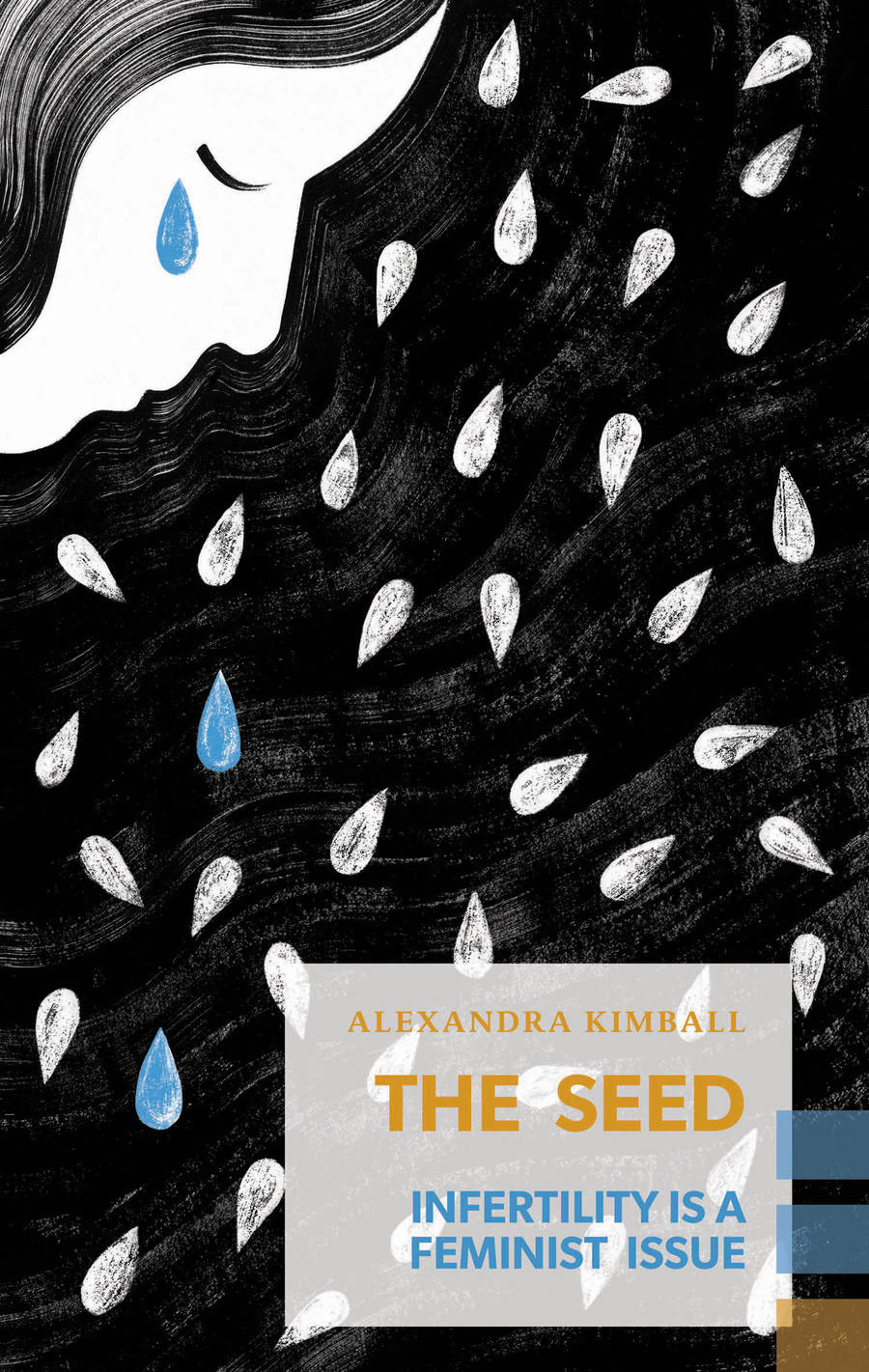 A few years back, Alexandra Kimball’s powerful essay about her mid-30s miscarriage challenged mainstream feminism to deal differently with infertility. Ever since, we’ve been waiting eagerly for her book-length treatment on the subject. Now the award-winning journalist delivers. From the 15th-century witch trials of barren women to portraits in contemporary literature, Alexandra Kimball’s debut is a bold look at how, and why, the women’s movement has left infertile women out in the cold.

Read our Q&A with Alexandra Kimball. 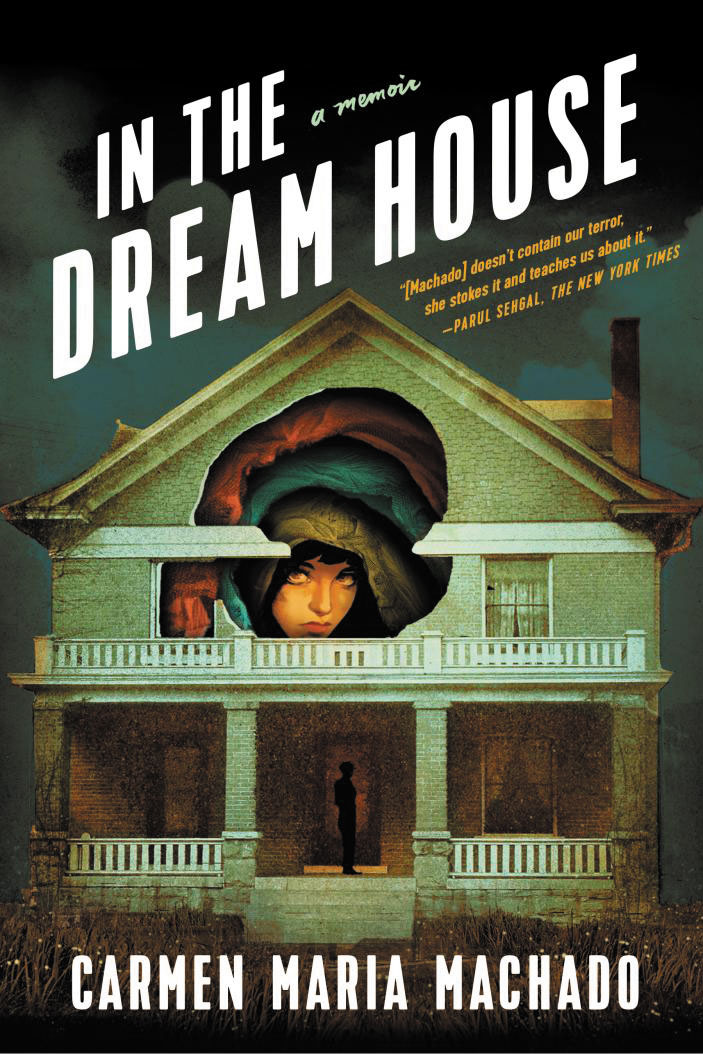 Whatever the Minneapolis-based Graywolf publishes is worth checking out, but a second book by Carmen Maria Machado is something you don’t want to miss. Her first book of short stories — a mixture of queer science, horror and pop culture — won so many awards we can’t even list them. But be prepared. Her second book — a memoir — promises to be even more intense as it delves into a relationship gone south and the misunderstood horrors of psychological abuse. 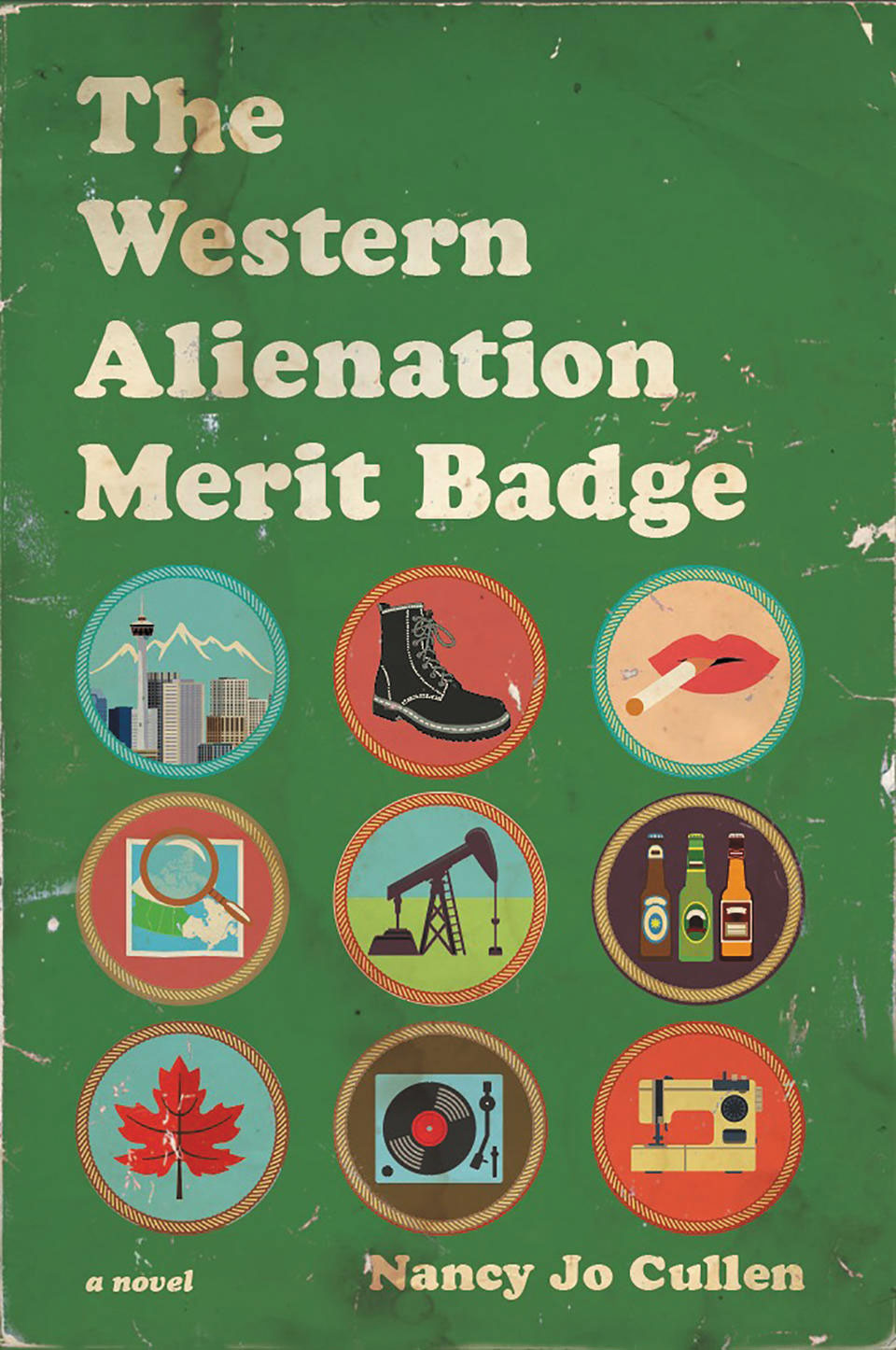 It’s Calgary in 1982 and the Federal government’s desire for energy nationalism is wreaking havoc on the finances of Frankie’s family. When she returns to help pay the rent and mourn the death of her stepmom, old tensions resurface and a final reckoning looms. This is the highly anticipated first novel from Nancy Jo Cullen who won the 2010 Writer’s Trust Dayne Ogilvie Prize for an emerging lesbian, gay, bisexual or transgender writer. 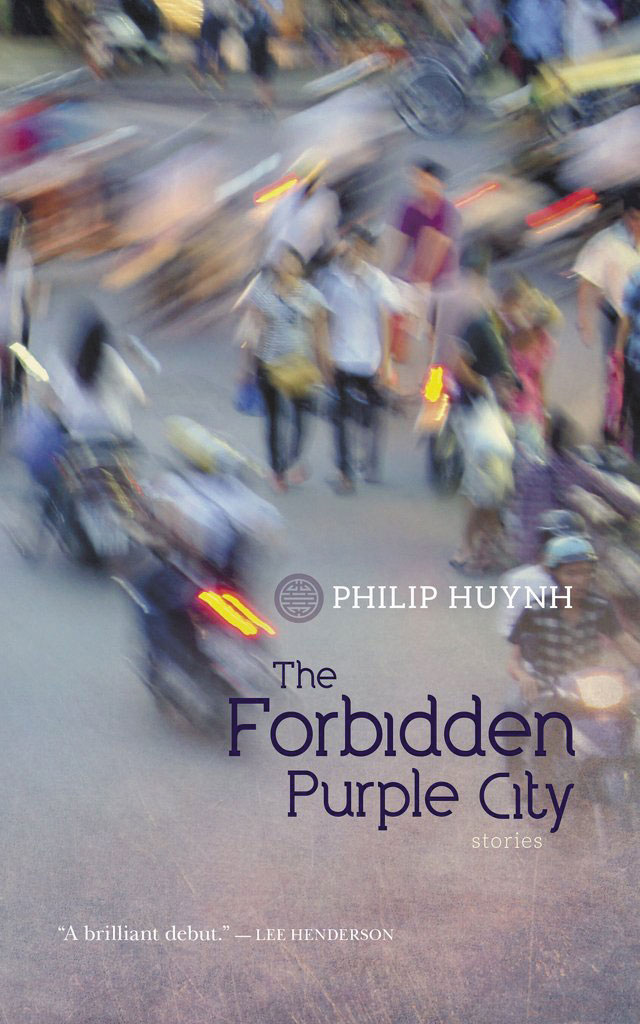 The title story of Vancouver-based lawyer-turned-writer Philip Huynh’s first book was nominated for the Journey Prize and several other stories in this collection have also won accolades. No wonder we’re excited about this collection. Often told from the point of view of a North American-born Vietnamese character, Huynh brings a fresh voice and keen eye to the way the legacies of the past weigh on the expectations of the future. This is top-notch writing from the frontlines of the Asian diaspora.

Read our Q&A with Philip Huynh. 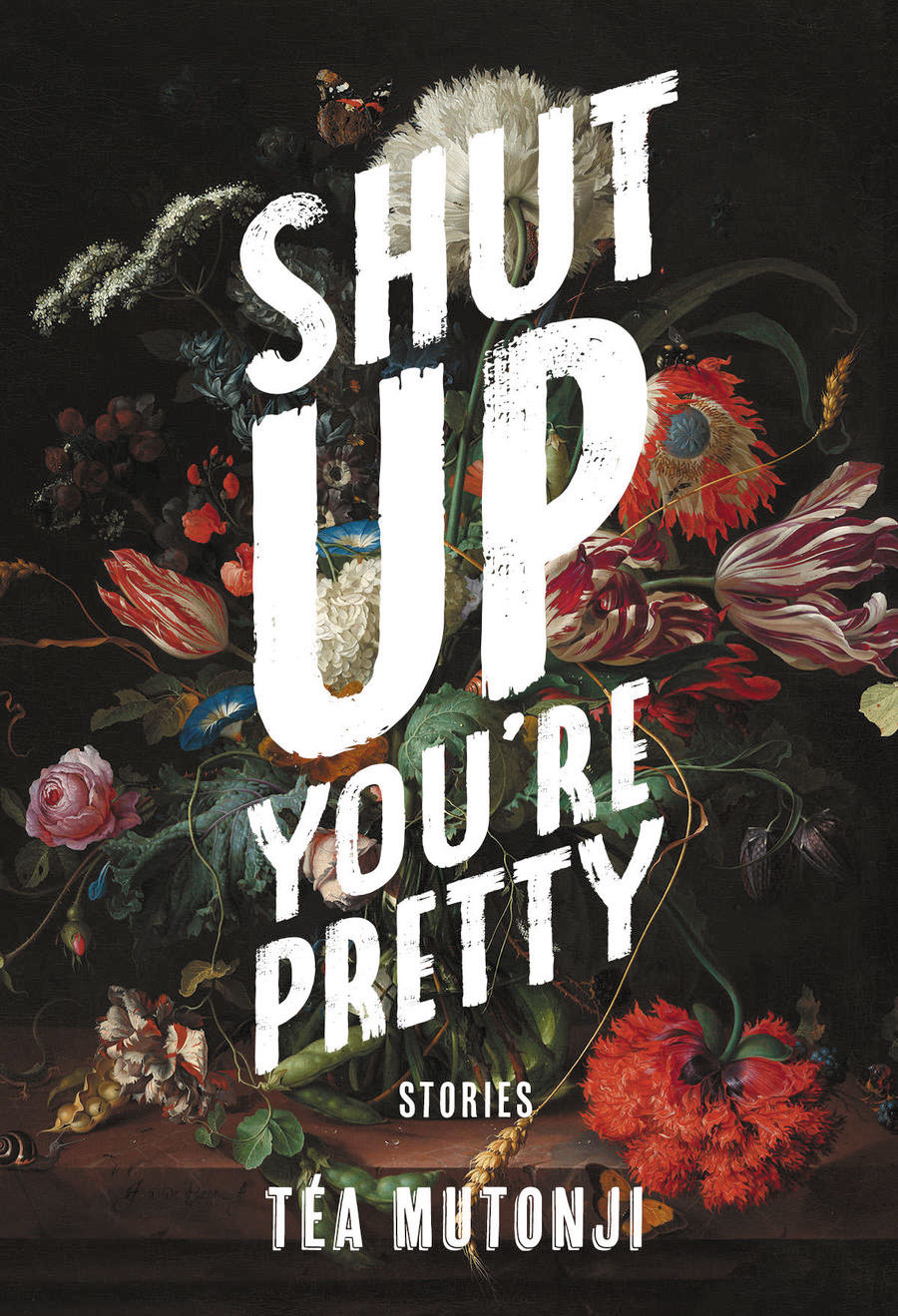 We couldn’t wait to get our hot little hands on VS. Books’ first title — and it does not disappoint! The Arsenal imprint, started by Vivek Shraya, is releasing Téa Mutonji’s debut, a collection that’s as dark as it’s funny. Mutonji’s marginalized stories will not be silenced in these linked tales of shared trauma, shattered expectations, and the residue of human love. Read this book loudly! 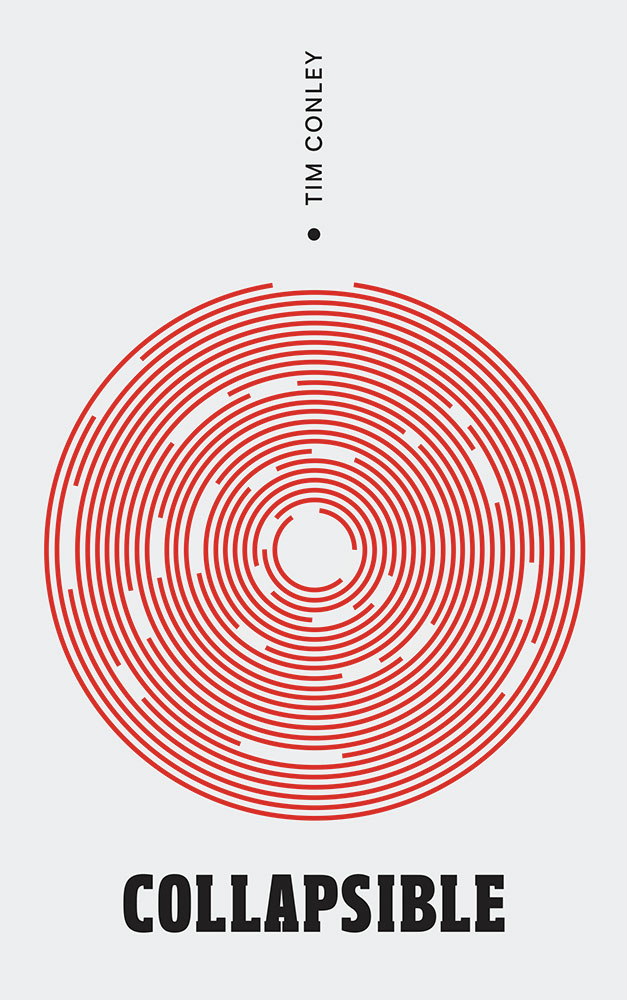 Just in time for April Fool’s Day, Collapsible contains the fable of the Evil Lesbian, a world where werewolves excite ridicule, not fear, and many other warped micro-fiction delights. When the guy who literally wrote the encyclopedia dedicated to fictional languages (Klingon, Wookie etc.) brings out a collection, we pay attention! 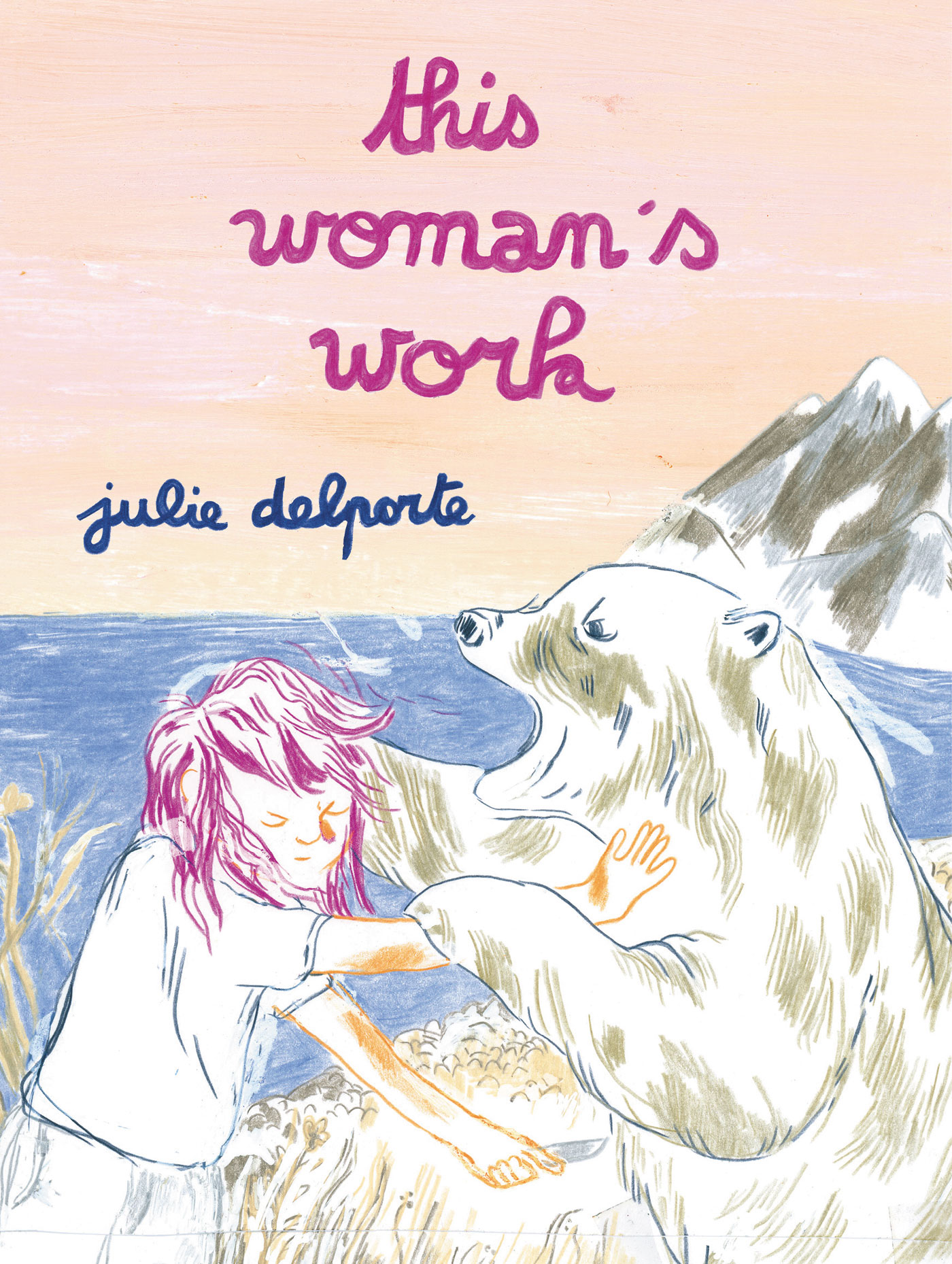 Womanhood is about as easy a concept to pin down as a cloud. Yet, Julie Delporte manages it, in This Woman’s Work where she looks back on her own life, including memories of trauma and sexual abuse, in order to make sense of femininity, creativity, and the reality of womanhood today. This work, bursting at the seams with vulnerability, is one we need and cannot afford to ignore. 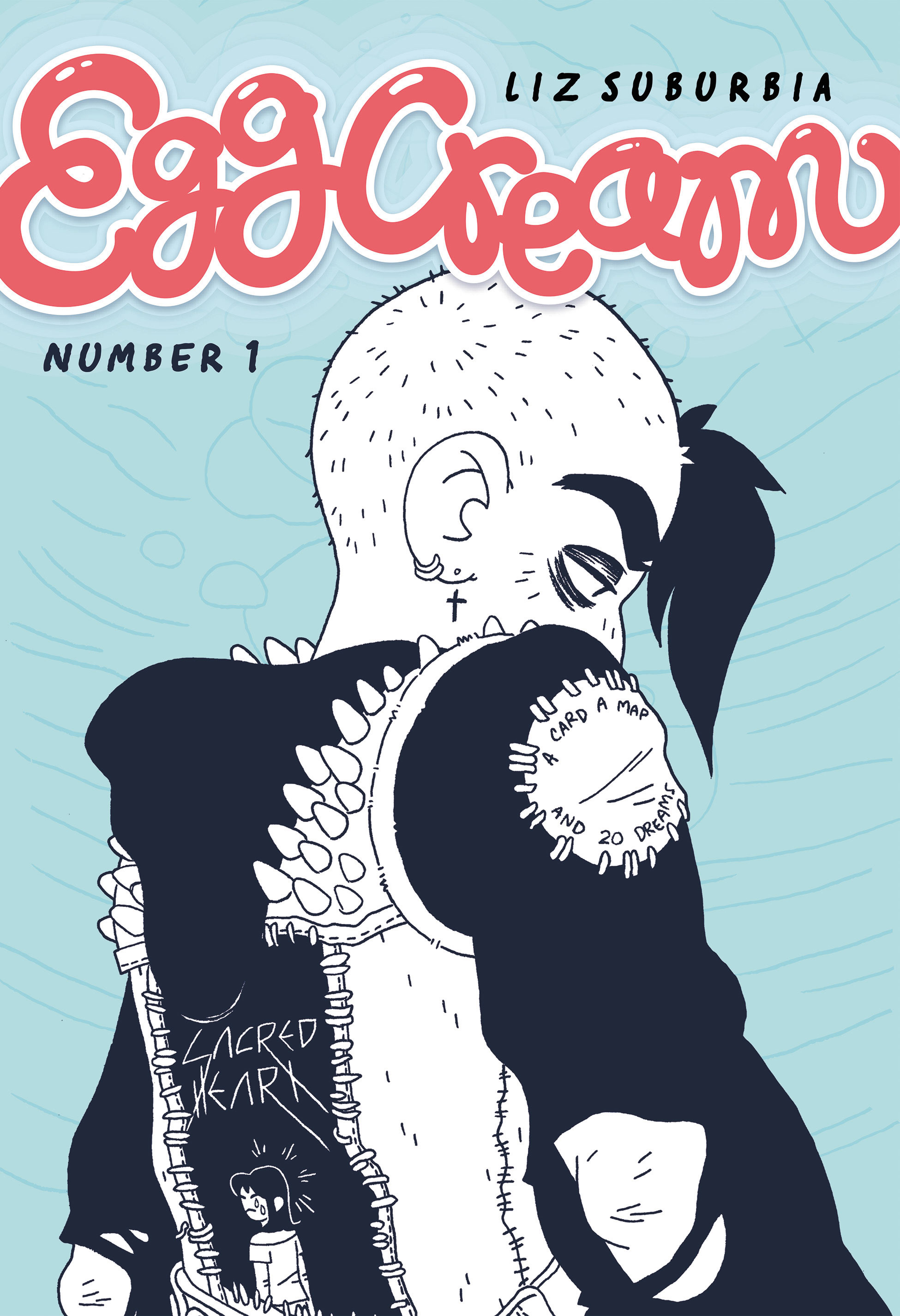 Your local bookseller has already conveniently shelved this book under “DIY outcast community” or “YA dystopia.” Egg Cream is filled with a folio of surreal dreams and adult- aged characters looking back on terrible situations which, as younger humans, they were shit at handling. 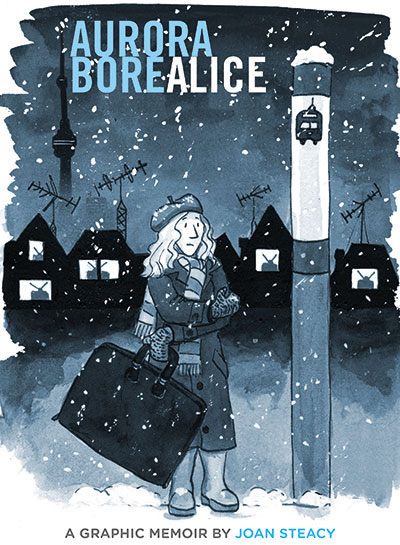 A functional illiterate teaches us the value of education, and the flaws of the schooling system, in this heartful graphic memoir — and man, are we here for it. Looking back on her life in the ’70s through alter-ego Alice, author Joan Steacy gives us a witty lesson in perseverance and triumph over the education system, with beautiful cartooning to boot. 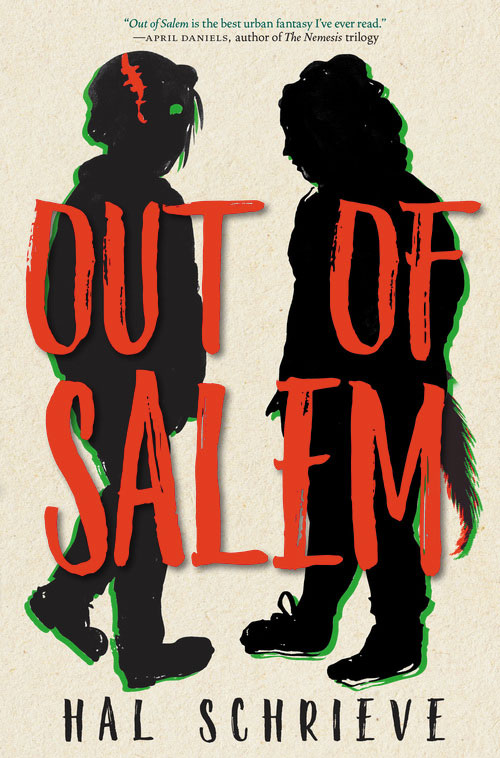 Zombies, witches, goth werewolves and the coming of age of a genderqueer teen? Eat your heart out Harry Potter (literally). This caught our eye, not least because it’s from the people who brought us the excellent 2017 Cory Silverberg/Fiona Smyth YA nonfiction book Sex is a Funny Word.