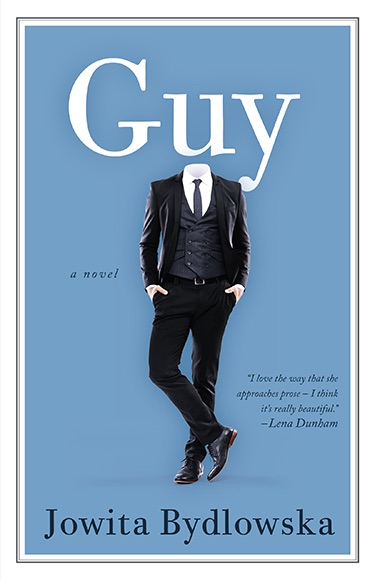 I was drawn to Jowita Bydlowska’s novel because I wanted to find a protagonist to look down upon, to make me feel morally superior. Guy certainly delivered that in abundance.

Guy is about a guy called Guy. He is a narcissist and misogynist that likes to rank women by their appearance on a scale of one to 10. While one might think a man like Guy would only go for beautiful women — ranked seven or higher — his real pleasure comes from seducing the supposedly less attractive. Why? He feels that beautiful women expect something from him — like love and genuine affection — and that they fail to recognize the true glory that is Guy. Unattractive women see him as he sees himself — as “God’s gift” — and he finds them way less needy; the mere pleasure of being with him is good enough and, according to Guy, that’s the way it should be.

The way that Bydlowska dives into Guy’s mind feels so natural that it’s unsettling. While disturbing and disgusting, Guy’s internal narrative is pretty hilarious, but in that same dark and perverse way that Seinfeld is funny. Bydlowska is careful not to let comedy undercut the loathsome nature at the root of her story: this type of toxic masculinity is very real and very dangerous. It takes great skill to create a balanced narrative like this, and Bydlowska proves that she has this in spades.

That being said, the novel’s climax is extremely problematic. While I’m all for bad things happening to bad people, the method in which karma manifests poses numerous ethical questions. I found the whole thing jarring and problematic for the real-world implications such comeuppance creates. So, reader be warned: Guy is an entertaining and well-crafted read that will definitely leave a terribly bad taste in your mouth. (Rayna Livingstone-Lang)