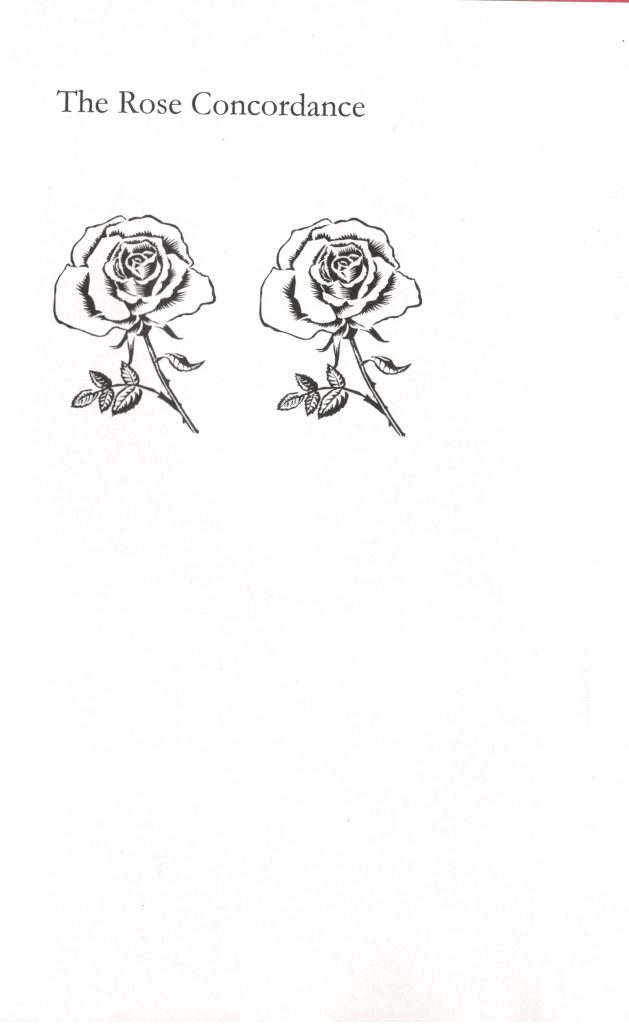 Children are a disruptive force, as rob mclennan recently discovered. After the birth of his daughter, Rose, he found he rarely had time to write anything more than an “occasional stand-alone line” of poetry. Undeterred, he gathered some of those fragments for this chapbook. The Rose Concordance is mclennan’s ode to his daughter, and a meditation on his first few months as a parent, which were predominantly consumed by the study of Rose’s napping patterns (“sleep: her daily nemesis”), and his own futile quest for “u((n)in)t(e)rr((u)pte)d )s(l))ee)p.” The fragments mclennan included may have disjointed origins, but he’s married them into a focused (though sometimes abstract) commentary on new-parenthood.
There’s a 2009 poetry collection by Angela Carr that’s also named The Rose Concordance, but the two books appear to be unrelated. Carr’s work was influenced by the 13th century poem, “The Romance of the Rose,” by Guillaume de Lorris. If you want to draw a parallel, however, mclennan is engaging in the stated purpose of “The Romance of the Rose,” to a degree: to teach others about the Art of Love. This collection is a love affair, though it’s the love of a parent for a child, rather than the saucier 13th century sort. The Rose Concordance is brief, but memorable. It’ll elicit both giggles — “When baby spits up supplement, it makes the / formula cows cry” — and a knowing nod from anyone who’s had children. (Scott Bryson)