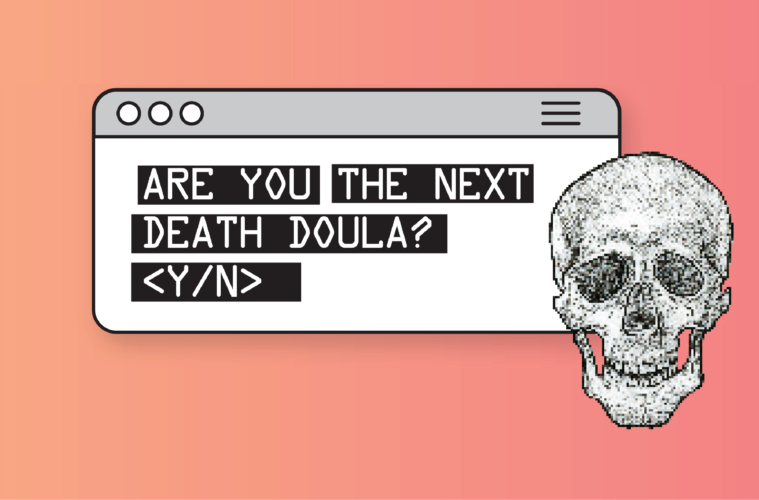 Daring to do death differently

On a cold Wednesday night, I find myself stationed in front of my laptop screen, eavesdropping on strangers talking about death.

In the upper right square of my split screen, there’s a Christian youth minister calling in from North Carolina. In the square below her is a lady in Bulgaria, casually wearing a cat-eared onesie. A guy named Eric watches the group from the middle of the bottom row. Like me, he chooses to listen quietly, keeping his face obscured by darkness.

I’d never attended a death cafe before this evening, let alone a virtual one.

This particular session is hosted through the Cariboo Community Deathcaring Network (CCDN), who serve British Columbia’s remote Cariboo-Chilcotin region. Nicola Finch, the network’s co-founder, appears unfazed by the vast distances separating our bodies as she facilitates the meeting from her home in Williams Lake, where the nearest neighbour lives about 10 miles away.

The conversation is intimate, despite our various time zones. It’s also a little awkward, punctuated with hesitant pauses. But Finch eggs us on as we take turns shyly unpacking our relationships with death and dying. I’m told that real-life death cafes aren’t much different — minus the partitioned screens.

This kind of homey virtual exchange, which feels so remote and small-scale to me, turns out to be a global phenomenon. Death cafés play an instrumental role in what has come to call itself the “death positive movement”: a global re-examination of modern society’s relationship with death.

From greener burial methods to more personalized end-of-life support, deathcare’s recent boom is uncontained, touching on a variety of vocations like funeral directing and palliative nurses, which, up until this point, have felt like cultural processes set in stone.

But the vastness of the movement’s subject matter also makes it a fractured one. The sheer amount of differing perspectives can make a first-timer’s entry into the death positivity movement nearly entirely dependent on virtual resources, and it’s hard to tell who might be the real deal. 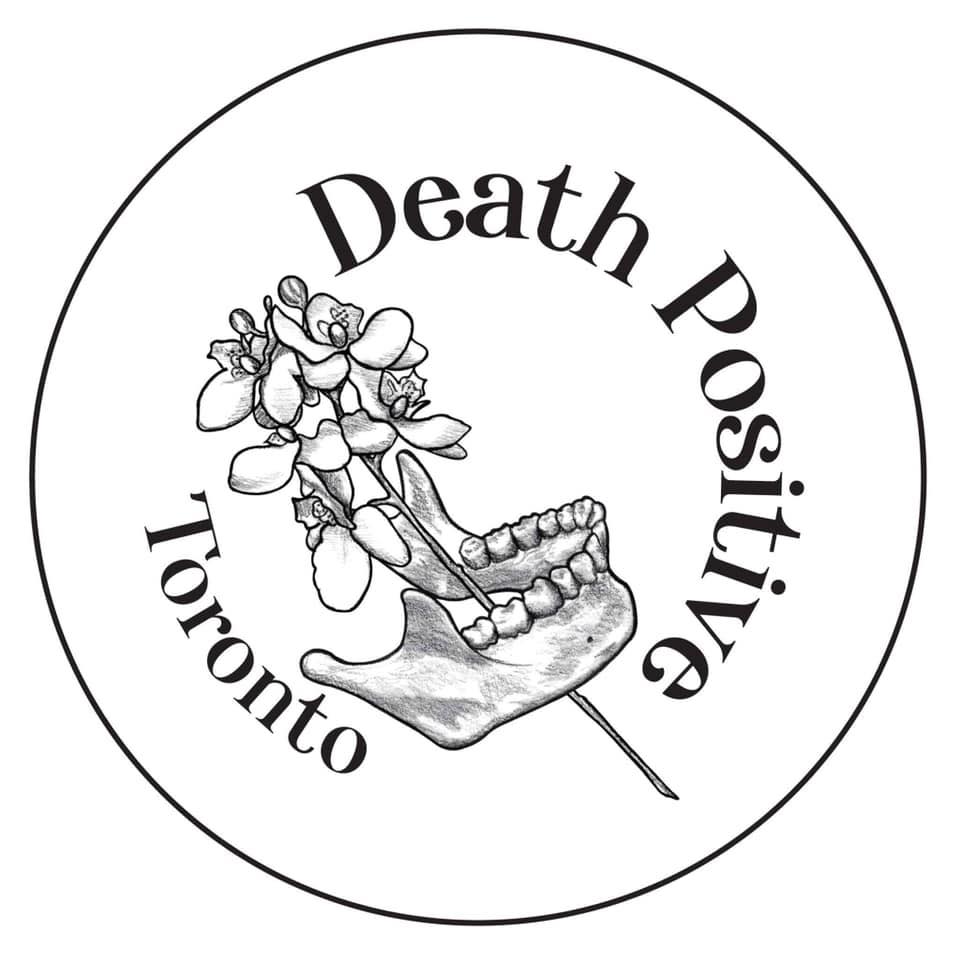 “I think that there is such a dearth of stuff happening IRL, that people almost feel like they have to go online first,” says Harry Aldous, co-founder of the Facebook group Death Positive Toronto (DPTO).

“They’ve got to Google where the next death cafe is happening in their city, because, no one’s going to put up flyers. No one’s going to go to the community center and advertise about it there.”

Alongside fellow death doula Kate Hardy, Aldous uses the group to disseminate event listings and thoughtful death-centric posts. Nearly 500 group members chime in on a range of discussion topics. One day, the hot button issue could be about eco grief, and the next might bring out personal stories and questions about infant loss.

Then there are the memes — plenty of them, naturally. Employing humour and that universal lexicon of hilarious digital imagery, they can be helpful gateways for people just learning to talk about grief. But they also can be simple, sometimes contradictory or cliché. For death professionals like Aldous, a low-res skull with a thought bubble of some basic death ideation is probably missing the point.

“There are more constructive ways of going about this. It’s not as simple as throwing up a cartoon of the Grim Reaper doing everyday things and saying, ‘Well, that’s death positivity,’” says Aldous. ”There is a social project that we’re working on, and it involves serious things, policy, and education. These things require people to petition local government. It’s not something that can just stay online.” 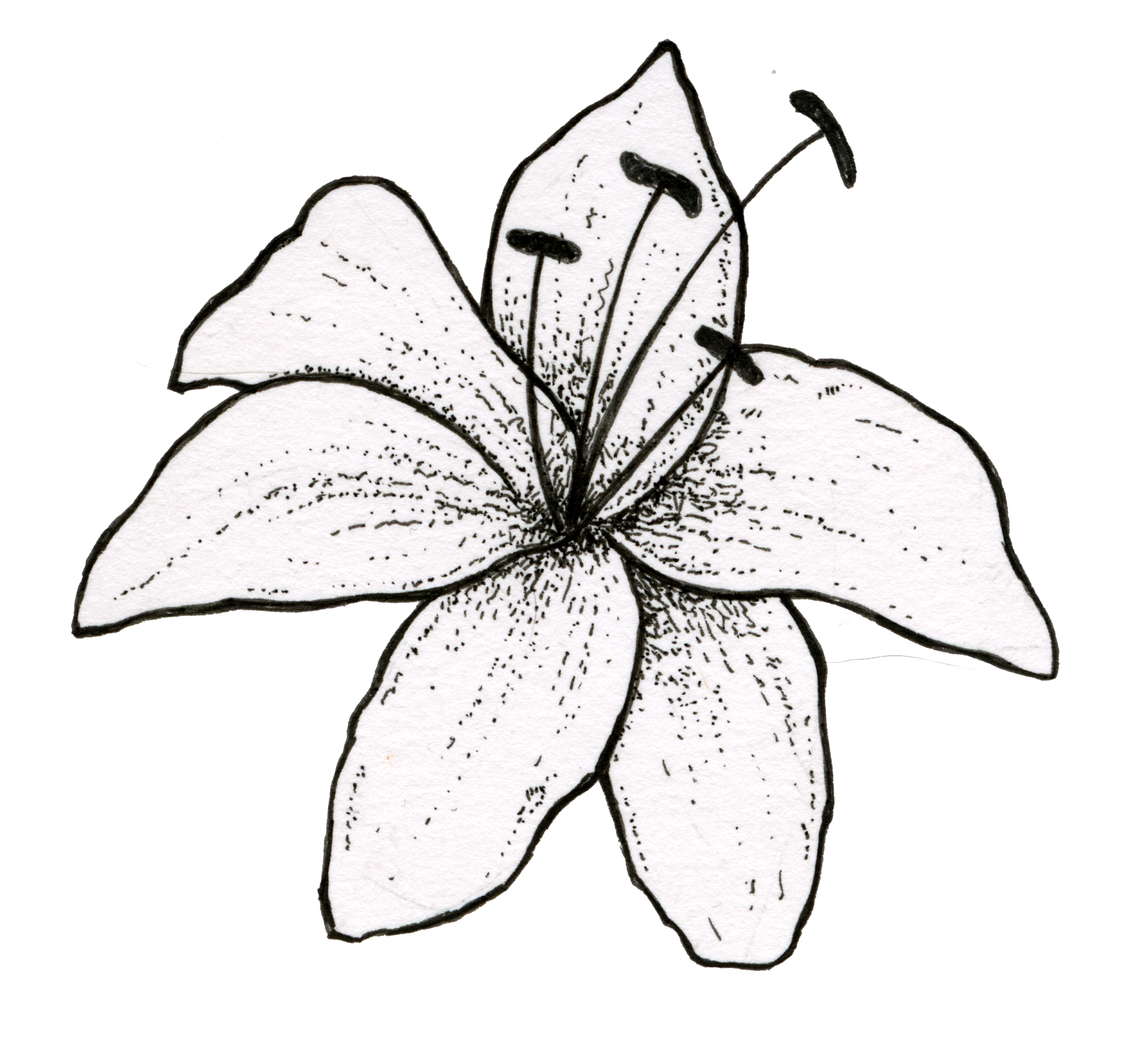 At the forefront of the movement on the ground, alongside morticians, funeral directors, and social workers, are death doulas. The word doula, which comes from the Greek saying for ‘serving someone the way they need to be served’, can be a suffix for both birth and death — the latter being a person who guides individuals and their loved ones through the process of dying.

Yet, despite playing such a critical role in their clients’ deathcare, the doula industry is also entirely self-regulated. Aldous says this laissez-faire ecosystem is becoming problematic. The job’s increasing popularity as a “spiritual second or third career” leads to heightened risk, he claims. 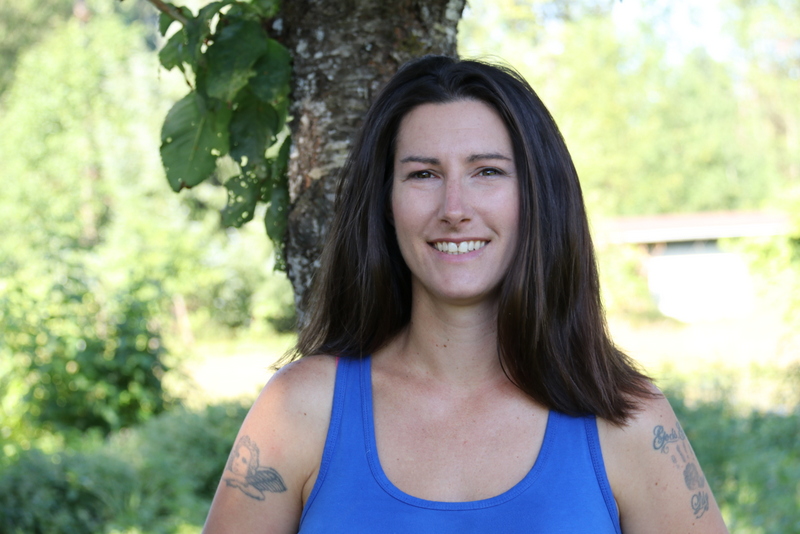 “Anyone can call themselves a doula,” says Jennifer Mallmes, the co-director of the End of Life Doula Association of Canada, who says some people may not be qualified to deliver the services they’re promoting.

Mallmes is trying to work towards more legitimacy in the doula industry, despite having seen the effects of government over-regulation first-hand while working in homecare for 17 years.

“I got to a point in 2011 or 2012 where I wasn’t allowed to make a client’s bed anymore,” she remembers. “I felt that there was push back from my bosses, or the powers that be, to do a faster job, do a more efficient job, and don’t worry about the connection.”

Still, Mallmes says a more caring regulatory body is still necessary to help prohibit less than qualified forms of deathcare to leak through the cracks. She suggests that regulation doesn’t have to mean constraint, but instead has the potential to provide a fundamental level of trust.

So, in an effort to tackle a lack of consistency across the discipline, Mallmes and several other members from nursing and social work backgrounds formed the End of Life Doula Association of Canada in 2016. To date, it’s the most established self-regulating body in the country for the doula industry, with its own code of ethics and a roster of certified doulas. Among the requirements for membership are mandatory criminal checks every two years and a minimum experience of 40 hours of deathcare family members not included), with a minimum of three clients.

“We’re not supposed to be a one stop shop, we’re more like a library,” Mallmes adds. Death doulas are a diverse group of individuals, but she sees value in refining the toolkit and expertise available to those who choose this path. She hopes that people will see the association as a resource more than an arbiter of restrictions.

“You come to our library and we show you where the books are,” she says. “We’re not going to read them for you.”