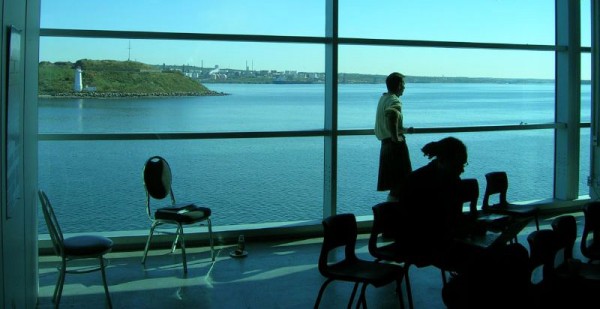 Arthreat offers an insightful analysis on the financial crisis facing Halifax’s NSCAD and why this latest funding problem is so much more than a lack of money, but rather indicative of a greater devaluing of a liberal arts education, with such stellar quotes as this:  “In criticizing the hype over the creative economy, one risks ‘killing the goose that laid the golden egg.’ In an age where all values need to speak the language of money, this has been one of the only ways arts organizations have been able to get funding for their projects. In the campaigns to save NSCAD, as well as in the strategic vision of the last several university presidents, highlighting the school’s contribution to and catalyzing effect on the creative economy has been absolutely central. […]But the trouble is that in framing the value of the fine arts, and of fine art schools in the language of the creative economy, we risk forgetting what makes them really valuable.”

Lovely stop-motion animated video from Toronto’s Type Books bookstore of the store’s books magically  shuffling positions over the course of one night. The video is so popular/charming it’s been viewed a million and a half times already and garnered the store 400-plus followers over the last few days.

Some friendly writerly advice from the Burgendy GIrls blog: wake up every morning and write three pages, go, right now!

Oh, and a popular one-page website/ apology to the world for Stephen Harper, complete with countdown until the next election.

Photo by Rory Hyde above from Arthreat, overlooking the Halifax harbour at the new Port campus.

23 thoughts on “Friday Round-Up: Found on the Internet”