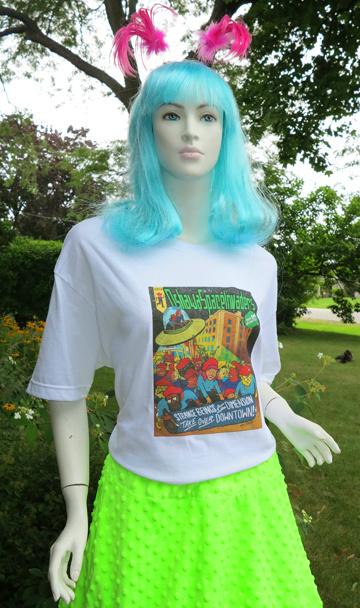 The art filled rooms of Oshawa’s Robert McLaughlin Gallery were full of the artists and art enthusiasts of Durham Region. Excited chatter was heard in between music sets, during which bold kidlets danced to the songs of former Girls Rock campers Pins and Needles. It was the launch of OshawaSpaceInvaders (OSI).

From September 19 to September 27 over 200 artists from throughout the Region will transform Downtown Oshawa’s vacant retail spaces into art exhibits. Almost forgotten buildings will be given new life while other buildings will be coloured differently with art installations, visual art displays, performance, music acts, an art crawl and vendors. Part of the festival’s allure is the unknown of certain whereabouts or what exactly to expect, as details have been unveiled slowly and continue to do so.

“There’s a lot of artists out this way,” says Station Gallery curator and successful visual artist Olexander Wlasenko, who will be an OSI participant. “A lot of creative individuals; musicians, dancers, playwrights, the whole gamut is here. It’s like a little microcosm here.”

Indeed, the festival includes work by award winning work from artists like Canadian sculptor Ron Baird and Pickering artist Iwona Dufaj. It also includes work from up and comers, like the young and enviably talented Aiden Beatty. 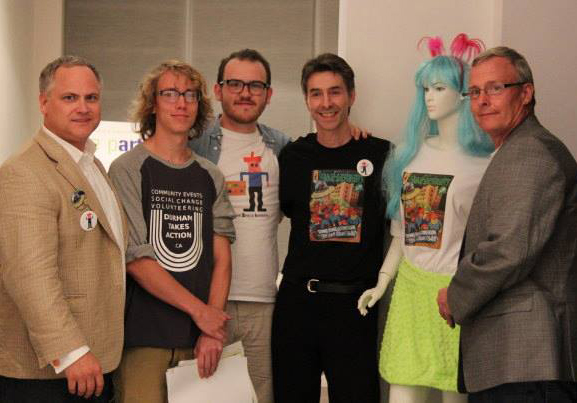 Coming up on its second year OSI isn’t an entirely new idea: “Oshawa Space Invaders is like Durham Artfest,” says festival organizer Stephen Frank, who co-founded the 90s arts festival that ran for three years. In the early 90s there was a prolonged recession, he explains, that gave an enormous amount of vacant commercial and industrial space. These spaces were used to host innovative art installations, but in 1995, due to an improved economy, these spaces were no longer available. “We were never sure if we would ever try to mount such an ambitious project again,” Frank says.

Travel 18 years into the future, and OshawaSpaceInvaders formed a festival like Durham Artfest, but what Frank describes as being on a totally different scale – to start, there are 150 more artists. Exciting for artists, but also exciting for a city that has so much to offer, but can’t seem to shake the rough stigma it’s been stuck with.

“This show has the potential to have a transformative effect on the urban core, helping redefine Oshawa,” says the organizer. Things have been improving for the downtown core of the city, like the arrival of the University of Ontario Institute of Technology and the General Motors Centre.  The younger population this attracts is just searching for an event like this— I know from experience, being a former Whitby teen, something this exciting would have been very welcome.

“Yes, you could call it Durham Artfest 2.0,” says Frank. “But we have a much faster processor when it comes to spreading the word.” With social media instead of fax machines, the word is spreading quickly, and generating excitement throughout the region. Another difference between the two festivals is OSI has recently become an incorporated nonprofit organization.

Keep up to date with these space invaders over the next two weeks, and be prepared (as much as they’ll let you) for the week of art to follow.

This guest post was written by Hillary Di Menna of the OshawaSpaceInvaders team, pictured here with her daughter Patience.