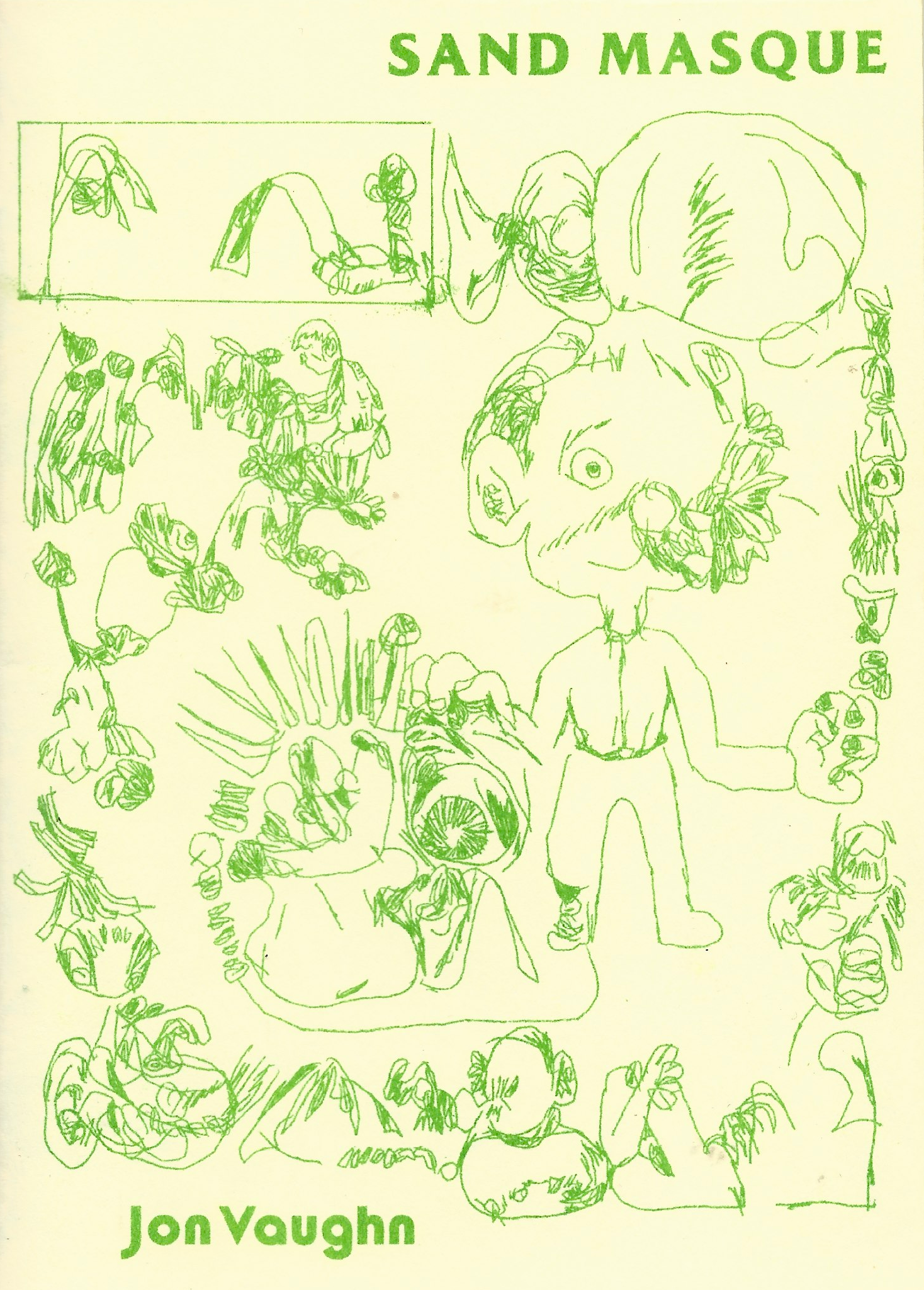 Jon Vaughn always seems to have something new out, and I’m always excited to get a glance at new work from them.

Sand Masque is a follow-up (perhaps even a thematic sequel) to Vaughn’s zine Must’ve Been a Dream, From 1000 Years Ago, published by the high art world’s zine powerhouse Nieves Books. In Sand Masque, as Vaughn writes, “human and animal characterizations emerge from alien landscapes and sculptures, coaxing a playful drama or narrative from a piercing energy of lines.”

This description is not too far from  the framing for Must’ve Been a Dream, wherein they noted their own artistic practice is challenged. They write that “constantly reliving trauma beneath the surface becomes like a subterranean trance expressed through hypergraphia.”

The hypergraphic compulsion to draw is key to understanding, or at least accessing, Sand Masque, in which Vaughn produces slipper scenes, visages, and figures that in a state of flux, existing because they need to. Because they were compelled into being, they are compelled to be received on whatever terms we have handy.

Vaughn’s thin lines produce images that beg to be explored, asking you to draw the line where the animal and/or and human begins, where the alien landscapes end, and to ask whether these distinctions even matter at all in a world where subjects are always fading in and out. Figures and faces emerge from both amorphous masses and one another: animals take shape as limbs, eyes, and various appendages burst forth as needed. There’s a powerful energy to the images in Sand Masque, a rawness that is sort of necessary to any act of artistic expression and creation. Vaughn’s choice to print in earthy green ink on an aging ivory tone paper helps to drive this home.

Like so much of Vaughn’s work, Sand Masque is really excellent, and as always, I look forward to whatever they produce next.