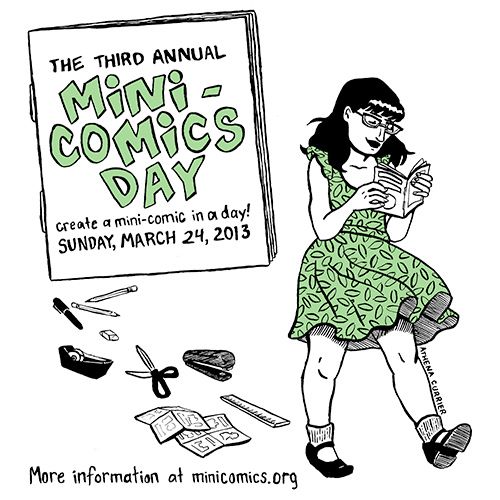 Today is Mini-Comics Day — a day like 24 Hour Zine Thing, where creators challenge themselves to create a mini-comic in a single day.

“Mini-comics have been democratizing the art of making comic books since the 70′s or earlier… with the popularization of photocopiers, it became apparent that anyone with an inclination and some spare change could print a little comic book,” reads the Mini-Comics Day site. “Wildly varying in both form and content, mini-comics are a wonderful synthesis of cartooning and hand-made art objects.”

Whether you’ve made comics before or you’ve never drawn more than a stick-figure in your life, try your hand at a mini-comic today and, if you’re so inclined, post your results in the comments or on our FB page.