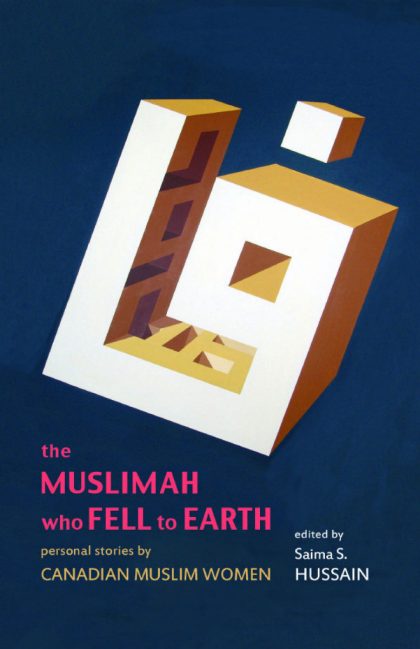 The Muslimah Who Fell to Earth

At times both cutting and soft, this book is a language for unseen Muslim women.

The collection of 21 stories, told in the words of Canadian Muslim women across the country, map the many crossroads and difficult parallels of gender across many cultures.

The stories are sometimes deeply poetic. As Faruqui writes in her piece “Vast Unknowables,” “there is something melancholic in the hushed air of a December evening,” setting the solemn scene of a rural Manitoba community. In this bitterly Canadian pastoral, faith is an intimate reality — “at these times and in the lingering twilight after sunset,” Faruqui writes, “God feels very close.” The images of Faruqui’s Islam, her childhood mosque sitting “on a small plot of land in suburban St Vital,” are never gratuitous. They only seem deeply true.

Other stories are matter-of-fact and share a narrative of margins being pushed. In “Queering Islam through Ijtihad,” Maryam Khan prefaces her story with a warning: her experiences and beliefs are not a reflection of “all racialized Muslims who are gender and sexually diverse,” she writes. These first two lines in and of themselves make a much vaster statement — that Muslim women don’t adhere to typecasts and that their plotlines are never linear.