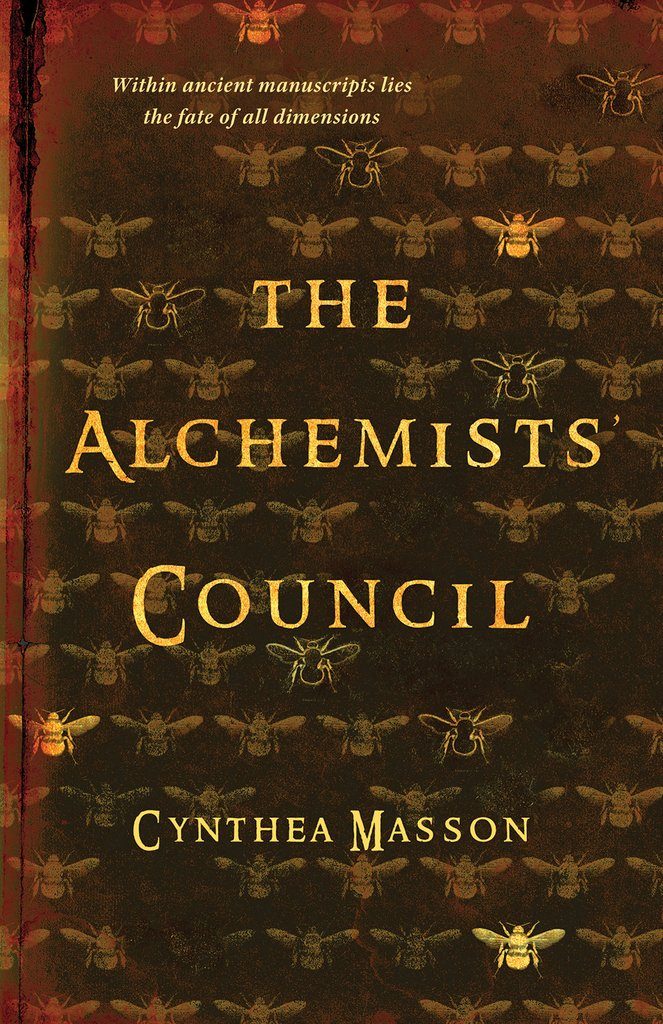 The plight of being the first book in a fantasy series is tough to overcome. A writer must establish an entire universe complete with rules and environments both foreign and miraculous to the real world, while also developing a compelling plot and cast of characters. The first in a planned trilogy, Cynthea Masson’s The Alchemist Council, excels with a beautifully crafted and alluring world.

The Council resides in a dimension parallel to our own with an enormous library of manuscripts and maintain elemental balance in our Earthly realm. Jaden, an initiate to the Alchemist Council, is ordered to research the disappearance of bees from the alchemist manuscripts, as it is thought to be the work of the Rebel Branch of the Alchemist Council. Jaden’s task leads her down an eye-opening path as the beautiful shroud falls around her and the complicated realities of council are revealed.

Masson’s lyrical style lends itself well to paint the vivid and enchanting world in which the alchemists reside. The story is told through various characters providing shifting perspectives on the same conflicts. Characters, especially Elder Scribe Cedar, are complex, flawed, and genuinely believe that their motives are for the greater good. The nuance of the characters provides the back bone of the plot that will immerse readers in a world where there are no easy answers.

That said, Masson’s work is incredibly dense and convoluted at times. The extensive imagery and world building, while striking, buries the plot particularly in the first half of the novel. Much of the interaction between characters is excessively expositional and tedious. As this is the first in a series, many characters engage in pages long flashbacks in order to establish underlying issues that will inevitably become focal points for the future instalments. These tend to interrupt the natural flow of the plot.

Masson’s style of story telling is not for me, but the world of The Alchemist Council and its shifty morals have intrigued me enough to give book two a try when it comes out. (Rayna Livingstone-Lang)