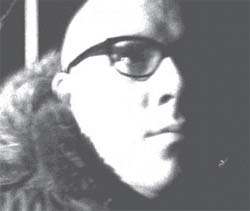 Making music in your pocket

One of my favourite things about media these days is its portability. Not to date myself too much, but when I was a kid my portable media players consisted of a big plastic fisher price record player and a similar tape deck. Then I moved onto boomboxes that held like a thousand D cell size batteries, and crushed the shoulders of many a music lover wanting to take their music with them. Then came the Walkman, and I remember thinking how revolutionary it was. Gone where the fights over radios stations and the back seat squabbles between my sister and I on family road trips. The car became quiet except for the tinny din of sound leaking through cheap headphones. It was our SOMA; a thing to do in those inbetween spaces of our lives.

In the late ’80s Nintendo released the Game Boy, and it revolu­tionized the way kids played video games in much the same way the Walkman did for music. And today, we can carry a device that allows us to take all our media with us, in tiny shiny packaging. And I’m all for it, but there is one thing that had always irked me: these were de­vices based on methods of consumption — we could listen, watch, and play — but there hasn’t been a lot of innovations in terms of using these devices as creative tools. Media production technology in my pocket, that’s what I want. Actually, thanks to a community of independent (see: homebrew) developers, that’s what I’ve got.

Between 1998 and 2000, Johan Kotlinski and Oliver Wittchow each created a cartridge for the Nintendo Game Boy in Limited Edi­tions. The littlesounddj and nanoloop, respectively, were the first of their kind. Not only were they fully independently released car­tridges for the Game Boy, but they did something transformative; they allowed “players” to write music using the limited capacity of the Game Boy’s tiny sound chip. One could create low-fi bleeping and blooping electronica anywhere, at anytime (provided you had enough batteries on-hand). These two innovations birthed the chip-tune (or micromusic) movement. And today that scene is still rich and thriving, with people creating all sorts of modified videogame systems for musical and even live video compositions.

This trend has carried on as our portable video game systems have matured. The year 2005 saw the release of PSP kick 1.0 for the Play-station portable. In its first incarnation it was a simple drum machine application, but by Version 3.0 it had become a full sequencer/ sampler synthesizer application. More followed. PSP Rhythm, PSP Seq; all capable of turning your PSP into a pocket sized musical production suite. Unlike its Game Boy counterparts, these were released simply as software that you could load onto your (hacked) PSP. It’s a singular joy to be able to create anywhere. It converts that in between con­sumptive space into yet another possible creative space.

Recently, homebrew apps have appeared for the Nintendo DS as well: Nitrotracker sequencing and sampling software, and an innova­tive audio scratch application called Protein DS. Both apps allow you to use the innovative touch pad for arranging music or scratching audio samples. All of these convert what would otherwise simply be an ex­pensive toy, into something you can play with in a different way.

For me, these developers have recontextualized how I use portable media. And while the process of hacking your device can be a touch complicated (not to mention warranty voiding–consider yourself warned), the rewards are certainly worth it.

For tutorials on how to use homebrew software, and homebrew app databases: noobz.eu (for PSP) ndshb.com (for Nintendo DS) and if you’ve got an old gameboy kicking around, or a Game Boy emulator on your PC: littlesounddj.com or nanoloop.de