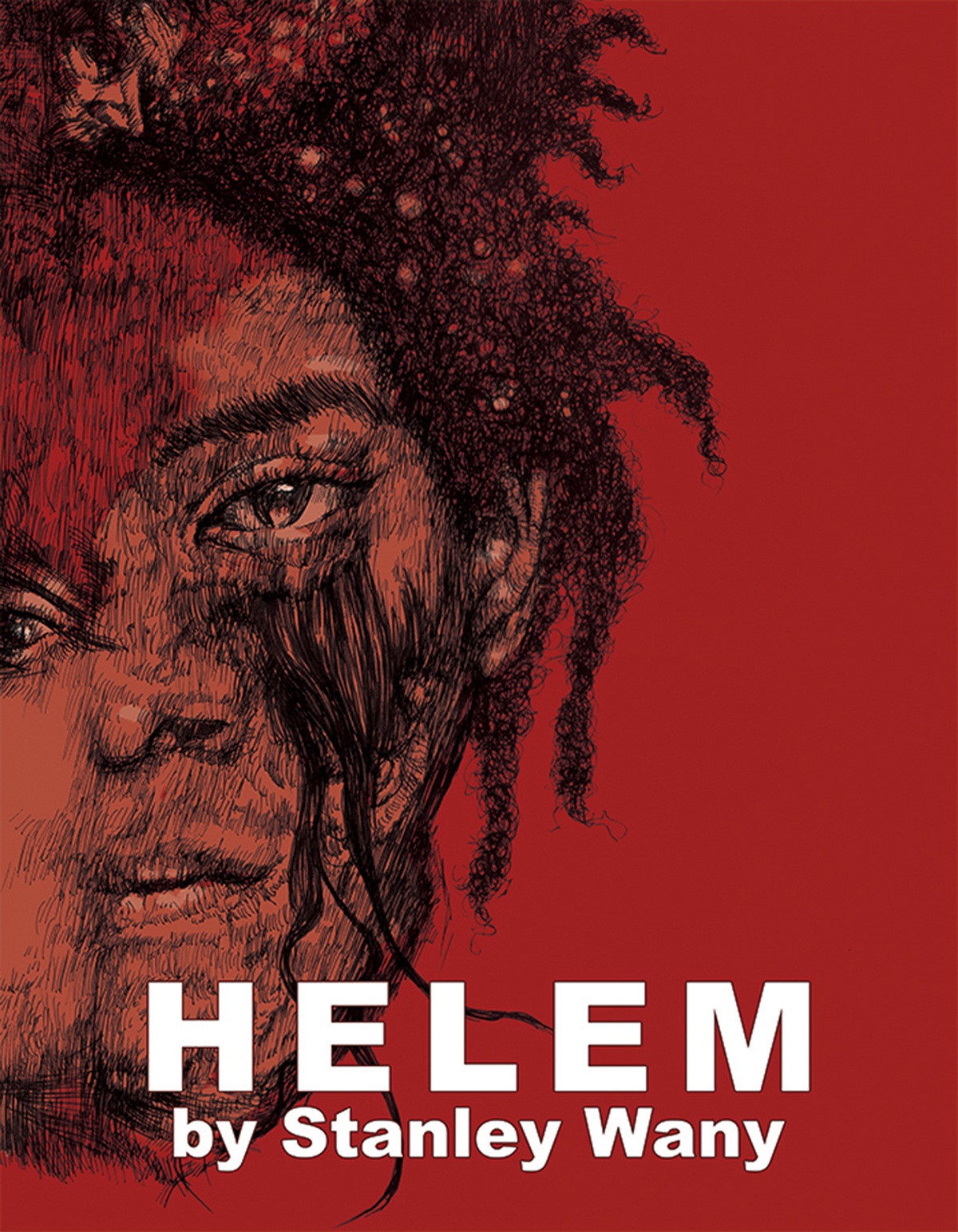 Our innermost lives — our dreams, paranoias, fantasies, and nightmares — take place beyond language. It is difficult to communicate what they feel like, or why they matter so much to us in the first place. Stanley Wany’s Helem stakes out this liminal territory as its own. It follows the internal lives of a woman grieving her sister’s suicide and a man who has worked the same deadening call center job for a decade. Wany’s inward fisheye is a series of surreal monochrome panels punctuated with only a handful of words.

The book’s title is the Arabic word for “dream,” but it is absolutely nightmarish. Haunting and hallucinatory, these are reminiscent of Henri Michaux’s sketchy, melting mescaline drawings. In tracking the bleed between fantasy and reality through bizarre sequences, jumpy lines, and sudden shifts in setting, Helem joins the tradition of works dedicated to capturing the strange logic of altered consciousness.

For readers who thrive with very little narrative, Wany will all but hand off these tangled, painful fragments, a grim gift. Leaving so much space unfilled or unclear, he is uncannily good at recreating profound alienation and gives a new visual language for the repetitive, senseless ennui of being lost in the mundane.