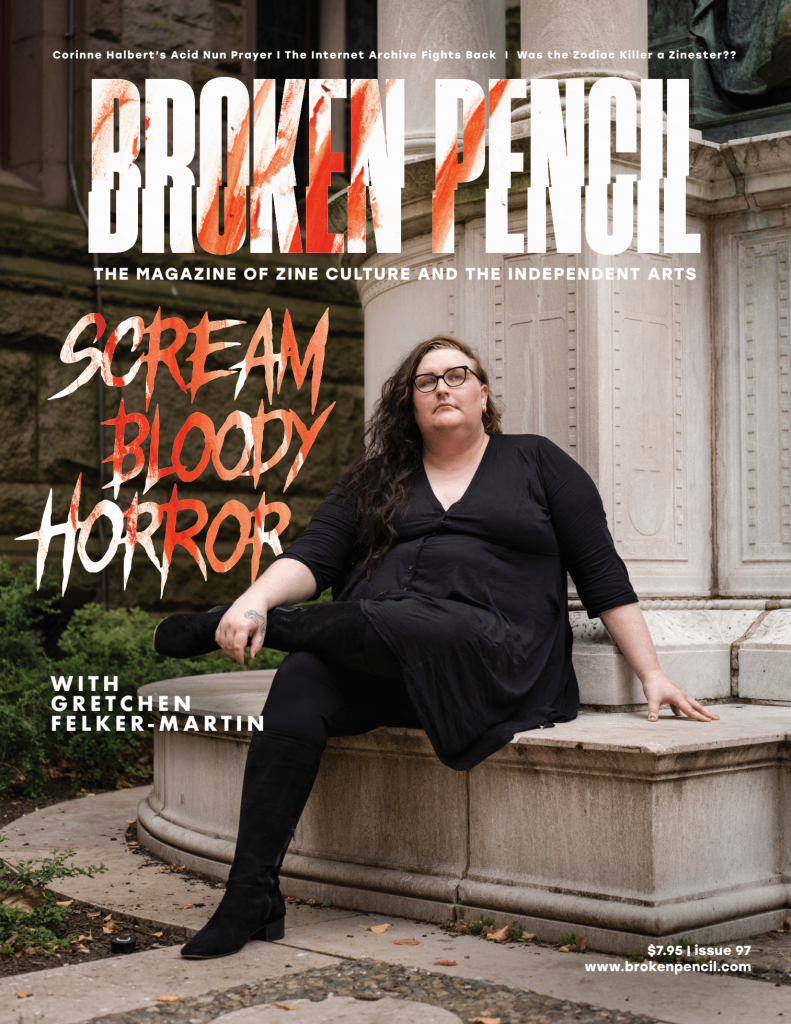 The twisting of bone. The teasing of muscle tissue. Gretchen Felker-Martin, the author responsible for Manhunt, the new visceral, queer post-apocalyptic horror novel getting under people’s skin, finds reprieve from dysphoria in films from David Cronenberg or John Carpenter’s The Thing. Relief in the sight of flesh in its most fluid, unrestrictive state. How could we resist putting her on the cover of our horror issue?

Get howling, gore hounds. This one’s for you. In our Fall Issue we explore horror in its bloodiest bits. How horror became a basecamp for queer creators and a rallying cry for underground artists. How, more than any other genre, it celebrates its newcomers and outsiders, elevating the strange, audacious and hackneyed as much as its revered canon. On top of our profile of Gretchen Felker-Martin, this issue includes: 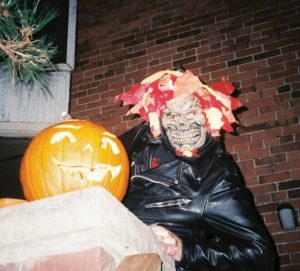 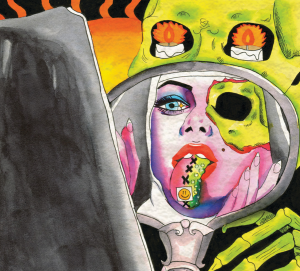 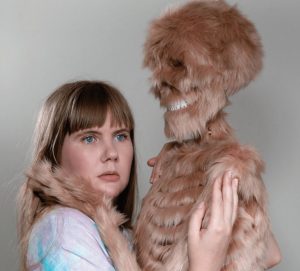 “Broken Pencil is the entertaining, indispensable guide to zines.” – the Toronto Star

Since 1995, we have been a print magazine and online hub dedicated exclusively to exploring independent creative action. Our mandate is to raise awareness of the possibilities of independent print publishing and underground creative action, with a special emphasis on the DIY zine scene. Published four times a year in full colour, each issue of Broken Pencil features reviews of hundreds of zines and small press books, plus comics, excerpts from the best of the underground/independent press, interviews, original fiction and advice/how-tos about all aspects of the independent printed arts. From the hilarious to the perverse, Broken Pencil challenges conformity and demands attention.