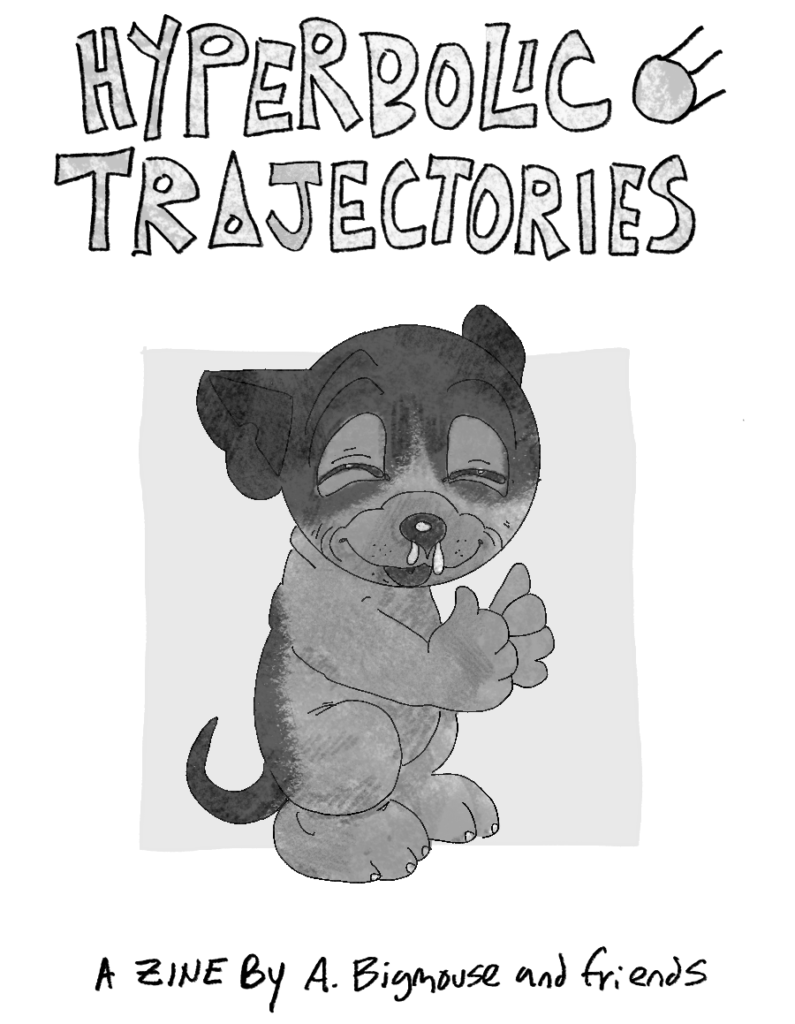 Hyperbolic Trajectories is a small and swiftly put together zine about space from “A. Bigmouse and Friends.” 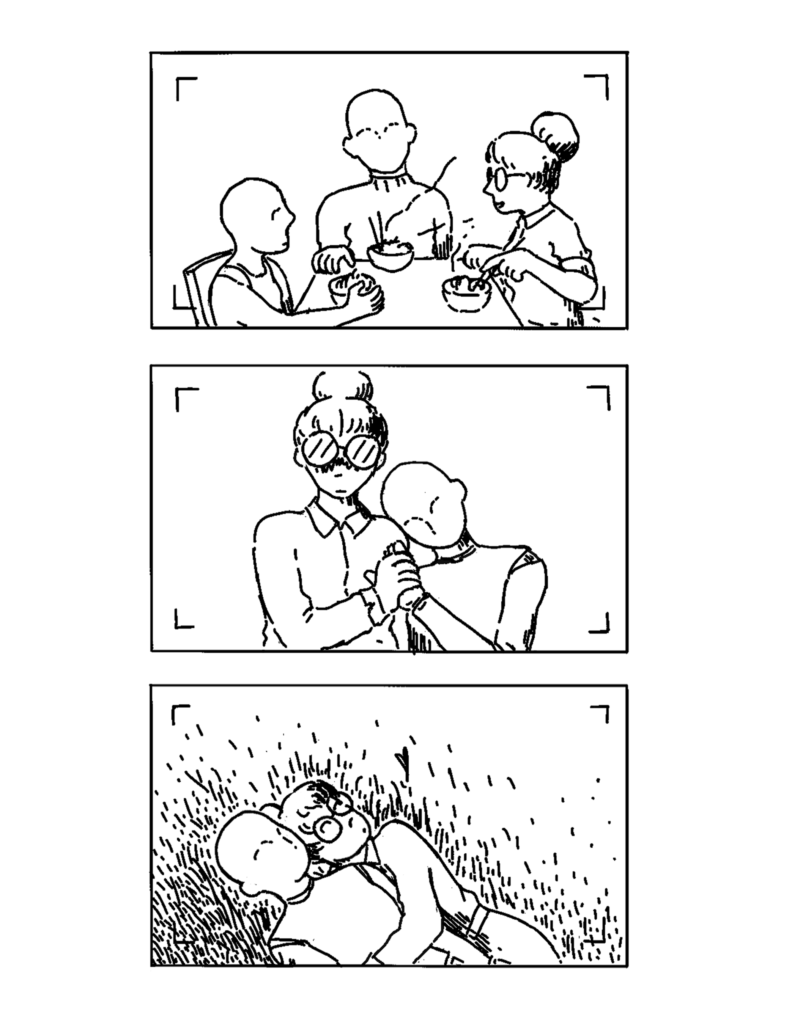 Outer space, as both a place and a concept, holds a great deal of significance for each of the artists in this anthology. Brigid Nemeton’s short story sees space as the next great field of human relations, where two characters muse about connections as telepathic communication becomes possible. Elsewhere, in their piece, artist Ganon describes first understanding the vastness of space as the universe spread out infinitely while constrained by a finite life. A. Bigmouse’s own comic sees the Soviet space dog, Laika, wish to return to the stars despite their already documented death, while Madelin Miyun’s piece sees an artist putting the final touches on a “Diorama Ship’’ that will stand as a cultural capsule to other species.

Collectively, the pieces in Hyperbolic Trajectories are all a little dire. Characters reflect on lost possibilities; moments of intimacy or insecurity being invoked as a means towards helping one move on from them. It’s a nice sentiment, but when it’s repeated consecutively by each piece in the zine, it can start to feel a little weighted. It’s thought provoking, but it’s the same thought being provoked in succession. I did enjoy the prose and structure of each piece. Nemeton’s attempts at ‘worldbuilding’ and explaining the science behind their world succeeds, while Ganon and Malcolm’s quiet introspection gives their writing an excellent sense of place and gravity. Likewise, both comic contributions are expressionistic and filled with tangible characters, despite their brevity.

In spite of some repetition, Hyperbolic Trajectories is nonetheless a nice little space probe.