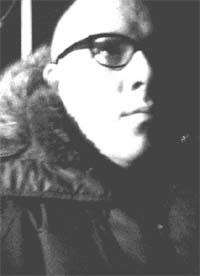 When Microsoft launched the Kinect on November 4, 2010, they brought a device to the gamer market designed to take the wind out of Nintendo’s unique Wiimote motion control system. Little did Microsoft know that they had created what would soon become the cheapest and most advanced motion control system for hackers, artists and DIY tech enthusiasts the world over.
If you don’t know the Kinect, here’s a primer: It’s a game controller, without a physical controller. Retailing for around $150, the device is relatively cheap for all it can do. More than a mere controller, it combines a camera and an infrared light array to create a 3D scanner capable of registering all manner of three-dimensional data. When standing in front of the device, it can recognize the presence of a human being and can register movements. Movements that, when used in conjunction with a game on the Xbox 360, turn you into the controller.
But, like most consumer model gadgets and interfaces, hackers, makers and DIY tinkerers have taken it far beyond a way to simply interact with a game console. Within hours of the Kinect’s release, hackers got to work, and very shortly after people began posting videos of how they managed to plug it into their computers and get the Kinect working on their PCs. Within days the code was available online and within weeks a global community was born. OpenKinect.org became the hub where that community would share the tools for tinkering with the Kinect and information about every new possibility.
It’s unbelievable how fast people figured it all out. Eighteen days after the release of the Kinect, user BenX had created a Kinect lightsaber app that causes a lightsaber to spring forth its glowy energy from wherever the player positions her hands. Twenty-six days later, he had hacked the Kinect to be able to control Mario in the first Super Mario Bros. game. When BenX ran, Mario ran, when BenX jumped, Mario jumped. While these early geek culture iterations sprung up in the first few weeks, soon people where creating Minority Report-style gestural interfaces, controller computers and even robots.
Then people got creative.
Photographer Audrey Penven used infrared film to take portraits of people bathed in the infrared dots created by the IR array, creating a beautiful and haunting portrait series called “Dancing with Invisible Light.” Barcelona-based arts collective BLABlablab created an installation called “be your own souvenir” which took 3D scans of people visiting the installation, sent it to a 3D printer and printed little plastic figurines about the size of little green army men. More recently, Jean-Christophe Naour created a tool called Kinect Graffiti that records the body movements of graffiti artists to create images that look like digital tags. And there’s so much more: balloon-activated music synthesizers, pianos played out of thin air and interactive video mixing created by the body’s movements. It’s incredible the creations that can come out of a bit of plastic and wires that was originally designed to be chained to the Xbox.
For more info on the Kinect and how to get started on hacking one yourself, visit openkinect.org.