Ms. Halliday and her three-thumbed two-year old live in my old neighborhood, and everything she says about it is absolutely true. Her teenytiny apartment (where Stiv Bators used to live, apparently) is suddenly on the boutiquiest block in the area, and if anyone would know about neighborhood re-gentrification, it would be a person living down the block from the midcult/upscale sushi place on 9th and A, which used to be one of the skeeziest bars around. But this isn’t about the East Village as much as its about motherhood in the East Village, and about being a young family in New York generally: breastfeeding at Worldwide Cinemas; the urban laundry experience; being the “2nd most permissive mother in Tompkins Square Park Playground.” This little zine is incredibly charming and fun, and smart too. (MD) 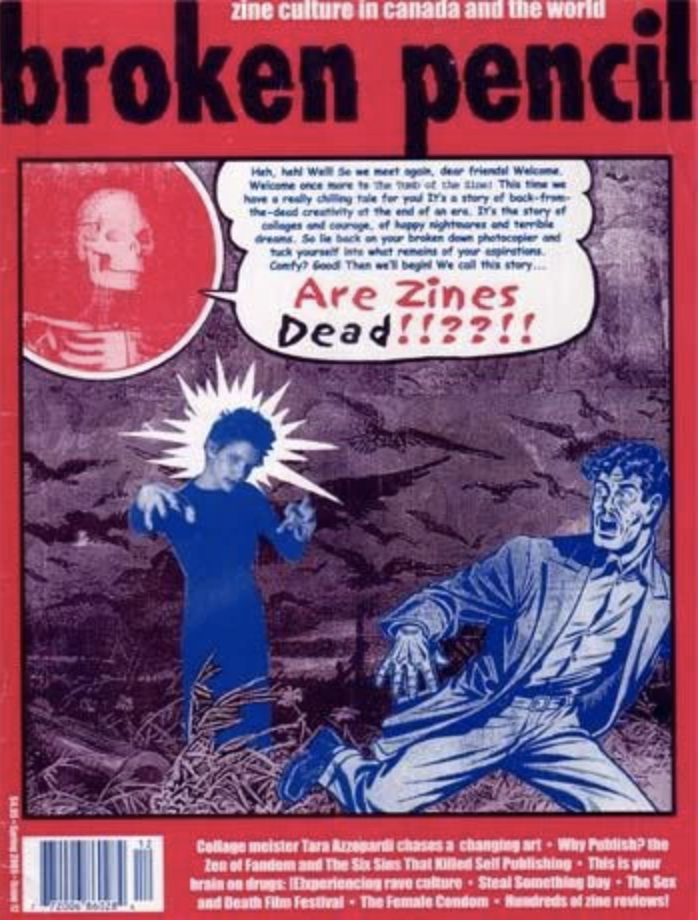