He stood in front of his computer and wept, as there was not a single world remaining to conquer. No world would allow him to conquer it. He smelled the peanut butter. He saw the bread of his domain, he wept, hating his breath, he prayed for death. “Man,” Nathaniel G. Moore wrote, “Third person sucks!”

In 2005 I published a fake sports humour book called Bowlbrawl

Much to the dismay of everyone, (including Broken Pencil and its special guest reviewer Kevin Chong) the book was a major flop despite garnering a lot of rigged and real media attention. Now as “I” undoubtedly compile this cerebral investigation into the rigor mortis of third person at the alleged hands of the first person and the voices everywhere in between, I was reminded of Chong’s appraisal of my cherry-plundering debut. 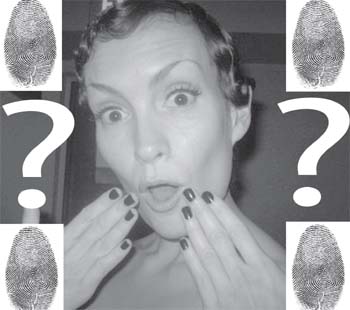 Wrote Chong back in BP 31: “It’s too bad that much of Bowlbrawl is told in a bland third-person narrative that goes behind the scenes but lacks much narrative tensions of flair for characterization. When the narrative does come alive, it’s normally in the voice of Robert Towell, whose pronouncements can be outlandishly meglomanical or anomalously highbrow.”

It is estimated that by the year 2012, less than three Canadian writers will start a novel in third person. That’s from sentence one, draft one and word one. As is always the case with BP research pieces, my investigation carries me across the vast land of Canadian literature, and to no one’s surprise, the answers, when they do in fact come through, are unanimously written in first person. Toronto agent and former Gutter Press publisher, Sam Hiyate says he asks most of his writers to re-write their books in first person, if in fact they have written in third. “There are two main factors,” Hiyate says. “Market conditions and a trend, both are kind of connected.”

“In the commercial marketplace and literary marketplace the psychological stakes for a character are paramount these days, and readers want a strong character with a strong story.”

Hiyate says in order to reach this desired effect, first person is the best way to do it.

“We identify more readily with the first person, we are spoiled and have built a stronger connection [with this perspective],” Hiyate also claims the resurrection of the memoir (even when it’s faked) in mainstream culture has brought first person into a global market trend that won’t soon dissipate. “When we want to know that someone did something, third person seems untrue. We always knew that fiction was a lie that told a greater truth and we want to be closer to it.”

“We’re living in the First Person Present Age,” says Spencer Gordon, cover boy, and editor of The Puritan. “Writers don’t seem to want the excess baggage of a big, baggy, third person story or novel. The standard compulsions of the third person author seem outdated, less cheeky and immediate, than the prattle of a typical first person present narrator.” With blogs, LiveJournals, MySpace forums, one would think more writers would strive against the grain, but he finds the opposite to be true. In his view first person is the surest route to accessible, marketable prose.

Andrea MacPherson, mainstream novelist / indie poet, creative writing instructor and rival literary journal editor, agrees. “It seems everything I read is now in first person, from first novels to novels from established authors,” she says. “I wonder if it’s the immediacy, or the ease with which one can immerse themselves into a character in the first person?” MacPherson wrote her first novel, When She Was Electric, using multiple perspectives, but every piece of fiction she’s written since then has used the third person exclusively. “I prefer it for many reasons, but find myself wondering if I’m of a dying breed. I also teach creative writing, and more often than not students use the first person without much pre-planning or reason. Is it that we are drawn to the idea of confession, to the feeling of a whisper in our ear that the first person allows?”

“Everything can make a comeback,” says Eva Moran, author of Porny Stories. “As I am writing this there are probably 100 creative writing students embracing the third person, just to be rebellious.”

Daniel Allen Cox, the author of Shuck and Capital Xtra columnist, thinks the reason for the overuse of first person could be that CanLit fiction writers are just sick of pretending they’re writing about anything other than themselves. “The awkward teen at the party puking up butterflies, the dark Sith poisoning her friends so she could stage a dramatic hospital rescue: we confess, these characters are really us.”

Jared Young, editor of the always fun and bitingly edgy Lies With Occasional Truth did a quick count of the recent submissions he received and an overwhelming majority were first person. “Apparently we are seeing less third person,” he says. “Weak writers seem to use first person because they think it’s becoming the norm or they don’t know how to approach a story any other way. At least we’re not seeing second person. That would make me want to punch someone in the eye. As Gradey Alexander once said: ‘When people write about what they know, they install themselves in the story with devastating first person results. It comes down to laziness. Pure and utter laziness.'”

Beloved Pulpy and Midge author Jessica Westhead has her own confession about first person. “Lately I have been seduced by the first-person siren song, because for some reason this point of view lets me write meaner people, which is exciting since I usually go for characters on the nicer end of the spectrum.”

It would seem that while “I” can’t prove anything, third person will never really die, but will always morph into something else. That we are only truly sentimental, energetic and enthusiastic from the voice of first person may be the result of years of media manipulation or a clairvoyant desire to have others immediately identify with our linguistic intent. I would suggest continuing this investigation, and long after this article has been enjoyed by our loyal readers, that we open a national discussion on this very topic, and find out who killed, or who is killing third person. Is it you?

Does anyone write in the third person anymore?

15 thoughts on “Who Killed the Third Person?”