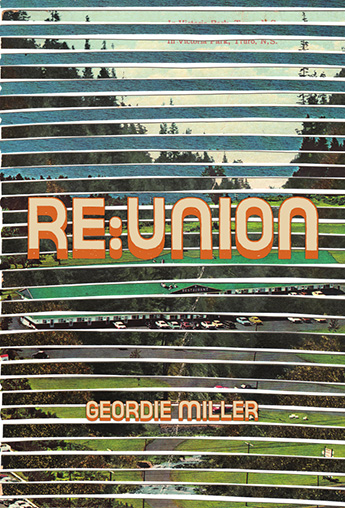 With a uniquely accessible voice, Miller’s work operates on several levels. He pushes beyond killer wordplay and allusions to recent histories and achieves lyrical evocations of particular moments— simultaneously violent and tender, cynical and tenacious.

The collection is divided into four parts which re:spond and re:flect on the subjects of home, love, family, and culture through a range of poetic forms, including lists, lyrics, and letters. Miller’s poetry answers a call for intimacy and tangibility craved by a generation overwhelmed by surplus and speed. Following the opening poem, “I’m From St. Catherines” — a chilling recollection on the peripheral impacts of the Bernardo attacks — the topics and moods of the poems begin to change rapidly. In “Field Notes”, readers are presented with quirky, non sequitur clauses from a notebook. Later, in the gorgeous titular poem written for Miller’s sister, he writes “Every night I saved you. And the/ furnace rumbling in the next room. Like a predator,” and of “The dream where we kill Stephen Harper […] together.”

In this ambitious collection, Miller is true to his proclamation that “the shoulder won’t shrug.” He demonstrates a penchant for caring and a practiced ability to capture elusive sentiments that will sequentially unsettle, touch, and enrage, while almost always provoking a laugh somewhere along the way.  (Jess Shane)