Vancouver’s own Debbie Rochon has starred in many films including Ladies and Gentlemen: The Fabulous Stains, Abducted II: The Reunion, and more recently Hellblock 13, and Tromeo and Juliet. She recently won Mansplat zine’s 2nd Annual Barbarella Awards. Well done!

Sockamagee: I finally got to see Ladies and Gentlemen, The Fabulous Stains a few years ago. Quite an auspicious film debut at such an early age! It was quite a while ago, but what was your experience making the film? Do you have any recollections of director Lou Adler, or actresses Diane Kane and Laura Dern? Friends of mine were extras during the concert footage at the Coliseum. Were you there? It sounds crazy what with the girls dressed up as skunks!

Ms Rochon: My experience making The Fabulous Stains was a real life changing one. I was in- between foster homes in Vancouver and I had met another ‘foster child’ who told me about the auditions. I went into the audition (shoeless!) and the casting director took a polaroid of me and asked if I would be willing to dye my hair for three months. Of course I said yes and she immediately cast me. I worked on the film everyday for three months, and I tried really hard to do exactly what the assistant director asked me to do. He saw how deeply I was involved with my character and he would constantly praise me. I think this praise gave me a sort of self-worth which is what was lacking in my personal life, so I became more dedicated than ever! When the film was complete, I saved as much money as I could and started acting lessons. I remember . There were various members of the Sex Pistols and the Clash who had starring roles. A lot of cocaine was on the set, although I remember director Lou Adler was very much involved with the partying and with the musicians in the film. A lot of cocaine was on the set, although I never used any…I wasn’t in the Coliseum scene, which was filmed at the very end of the shoot. A couple of us ‘Skunkettes’ were featured in the entire film, we had our hair dyed black and white like skunks. We liked that though, because that meant we were REALLY part of the movie, weren’t posers – we didn’t just have wigs or coloured hair spray! Yes, I was a method actress at age 13!

Sockamagee!: There’s a big buzz about Lloyd Kaufman’s recent film Tromeo and Juliet. Could you please fill Sockamagee! in about your role in the film?

Mrs. Rochon: I play the role of Ness who is based on the nurse character in the original Romeo an Juliet play. I am the handmaiden who loves Juliet maybe a little more than what I considered normal! I have face piercings and body tattoos which made it cumbersome to speak at times. The story takes place in the lower east side of New York City, which is a real grunge/punk/homeless area. It was wonderful shooting it. It was very exciting for many reasons, one of which is that this was the first film I made that played in theatres. It had a successful run in England, France and the US and will be out on video May 13th.

Sockamagee!: Hellblock 13 has a great storyline! Could you tell me a little more about it and when it’s coming out?

Mrs. Rochon: In Hellblock 13 I play the illegitimate daughter of Charles Manson! I’m on death row for a string of brutal murders I’ve committed. It’s now time for me to be executed, and my executioner (played by Gunner Hansen who was Leatherface in the Texas Chainsaw Massacre) has come to visit me. I convince him to listen to a couple of stories I’ve written while incarcerated. It’s an anthology film, so when I begin each story it dissolves into the actual scene. I loved this role, my character Tara is so out there! It’s always fun to play someone who is insane! It will be out this year, probably fall, just in time for Halloween

Sockamagee!: Any chance of a return to Vancouver?

Ms. Rochon: I will definitely come back to Vancouver! I’m just so busy now it’s hard to plan any vacations! Although my work could bring me back, after all, you have the best shows being made there! X-Files, Millennium etc. Now that would be a treat, to come back to my favourite place to shoot my favourite show! 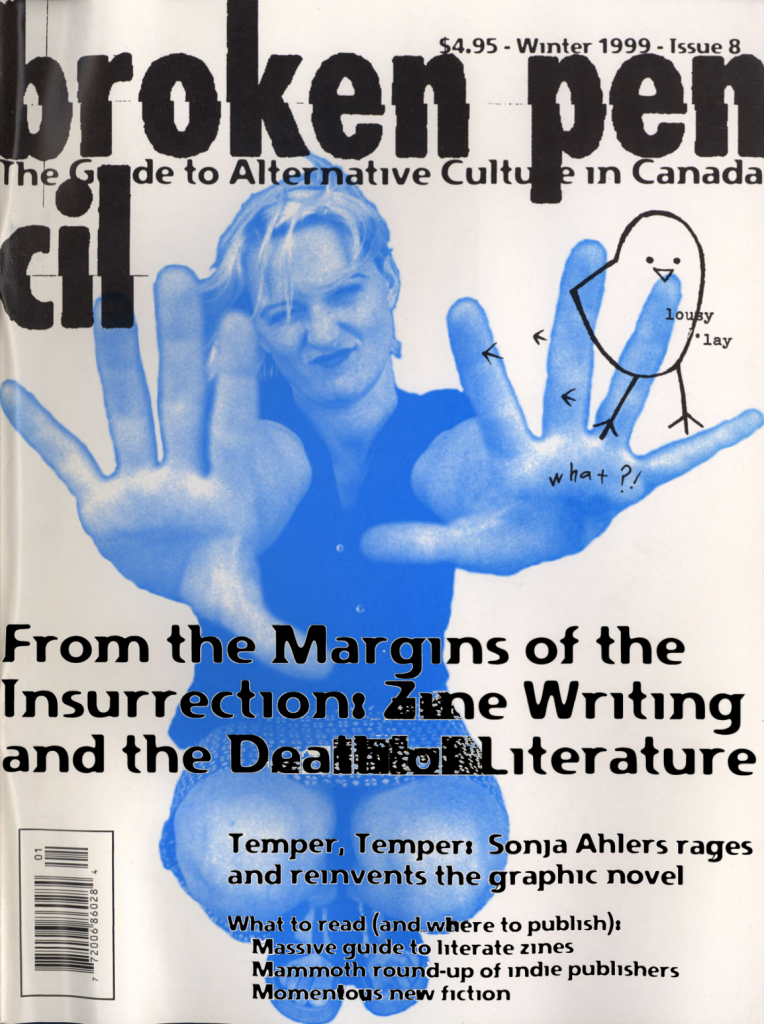