Broken Pencil’s good friend Derek McCormack is recovering from cancer surgery and needs money for a long journey back to health. Broken Pencil is making a donation! So why don’t you? Derek is a pioneering indie writer whose work has appeared in Broken Pencil as well as publications across North America. You can read about him in our issue 50 Fifty People and Places we love feature, among other places on our site and across the web.

1) Buy a piece of art donated for the cause. You can see everything for sale here.

2) Head down to Toronto’s The Garrison Tuesday April 10th and make a PWYC donation to see a great show:

A magical evening of music and merriment will be held Tuesday April 10th, 2012, from 7:30 pm ’til midnight at The Garrison, 1197 Dundas Street West in Toronto. It’s a fundraiser for Derek, PWYC, $10 suggested.

3) If you aren’t in Toronto, make a donation here.

Thanks for coming together and helping one of our own everyone!

For more on Derek and his work go to derekmccormack.com 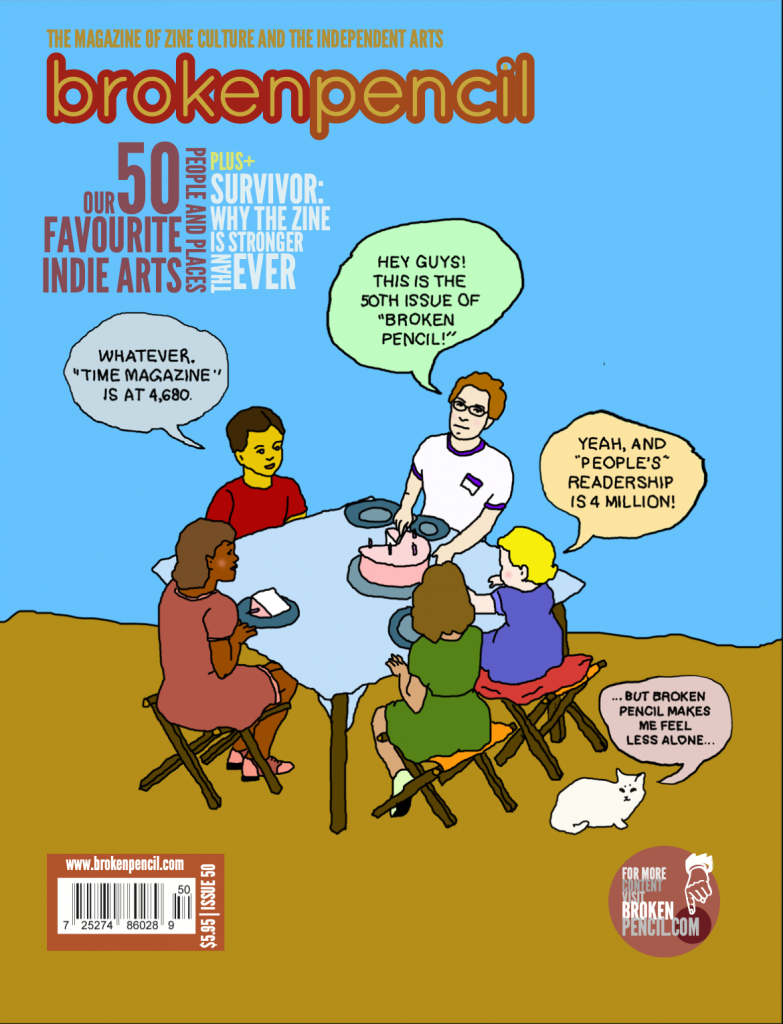