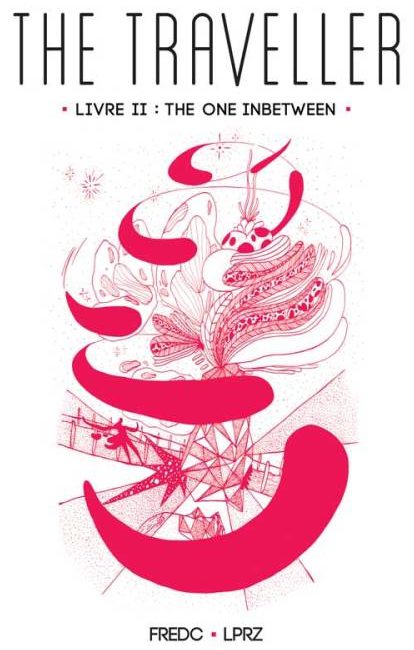 I’ve probably had an existential crisis once a month for as long as I can remember. If we’re going to be really honest, once a month seems like a stretch and once a week sounds a lot more accurate. The Traveller opened a whole new can of worms.

The second installment of this series brings an unnamed character to Amsterdam, to explore a metaphysical reality and chase down the ominous Dancer.

“And how desperate they set out to chase not a name but her naming,” says the protagonist. I get it, unnamed character, I am also looking for constant reassurance and validation. This is a main theme throughout. The searching, the mystery, the yearning to understand more than what is. The Traveller touches on a part of the human experience that is not always pleasant to think about — and it forces you to really consider who are you and who are you meant to be. Or maybe I’m looking too hard for meaning. (This is the can of worms I was talking about earlier.)

The illustrations stand out above the story. FREDC uses every inch of the page to forward the action. The detail in his pointillism and linework reminds me of a contemporary Georges Seurat mixed with a little Picasso. I almost want to rip out pages to frame. While this may be classified as a graphic novel, I plan on using this as a coffee table book. I’d rather look at the images than reassess my soul.

Want a peek inside the book? Check out excerpts.