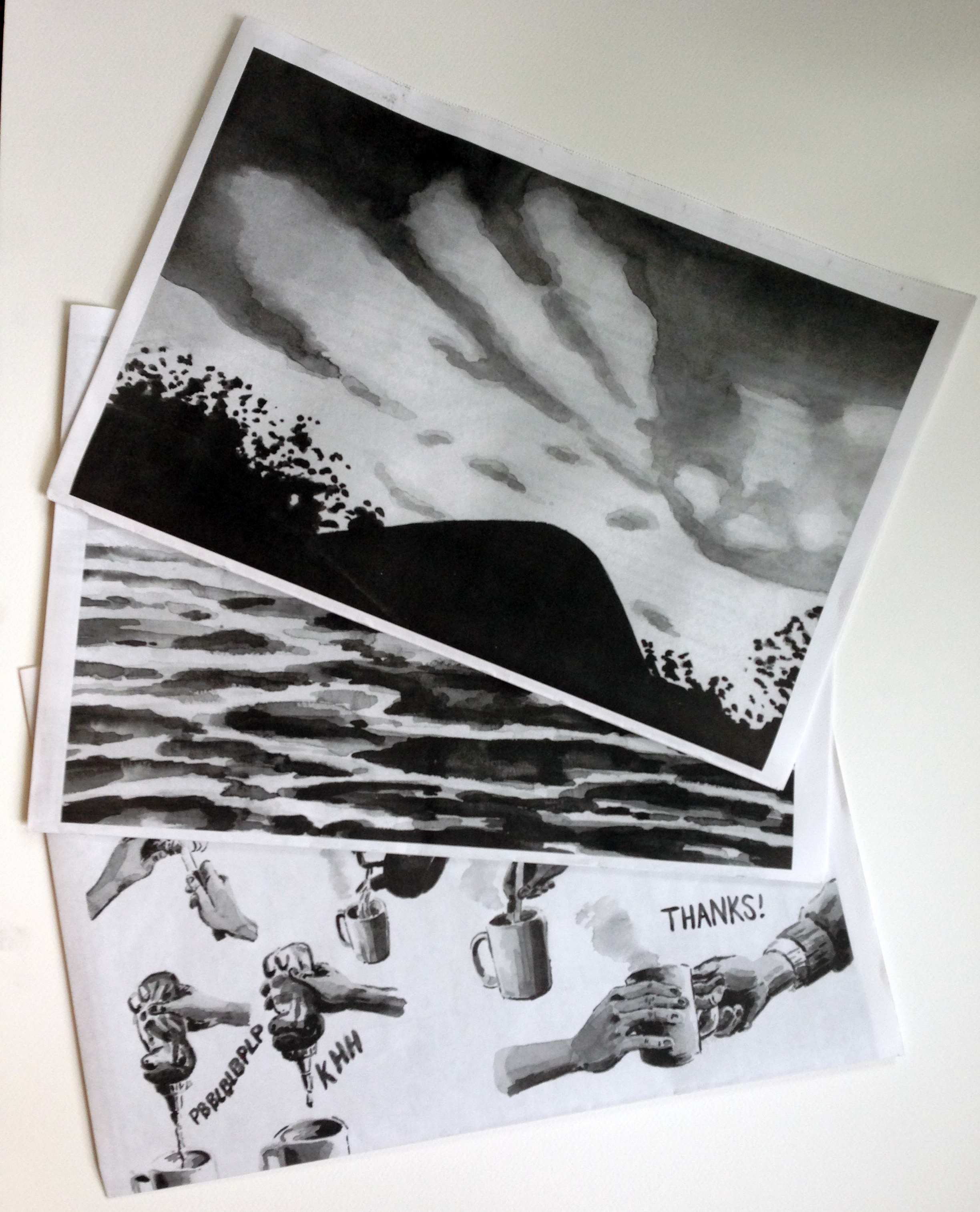 Suite of 3 Broadsheets collects just that, three works on broadsheet, comprising comics by Stechschulte, with writing but Chen-su Huang.

I’m not the biggest fan of comics on newsprint, mostly due to the difficulty in storing them and their unwieldiness. However, when it’s done right, there’s nothing quite like it. Stechschulte expertly works with just the black of the ink and the greyed newsprint, his strong sense of working with a limited colour palette, as previously and masterfully seen in his Generous Bosom series, conveying an array of different moods.

In one comic, a woman rises from the water to tell the story of a park ranger. The minor changes in movement and space convey a stillness and weight to things, an almost motionless comic that nonetheless feels drawn out and intense. In the next, a park ranger gives a tour of an Indigenous mound site, a series of quiet vistas disrupted only by the wind, which Stechschulte depicts almost as though it were tears in the page. 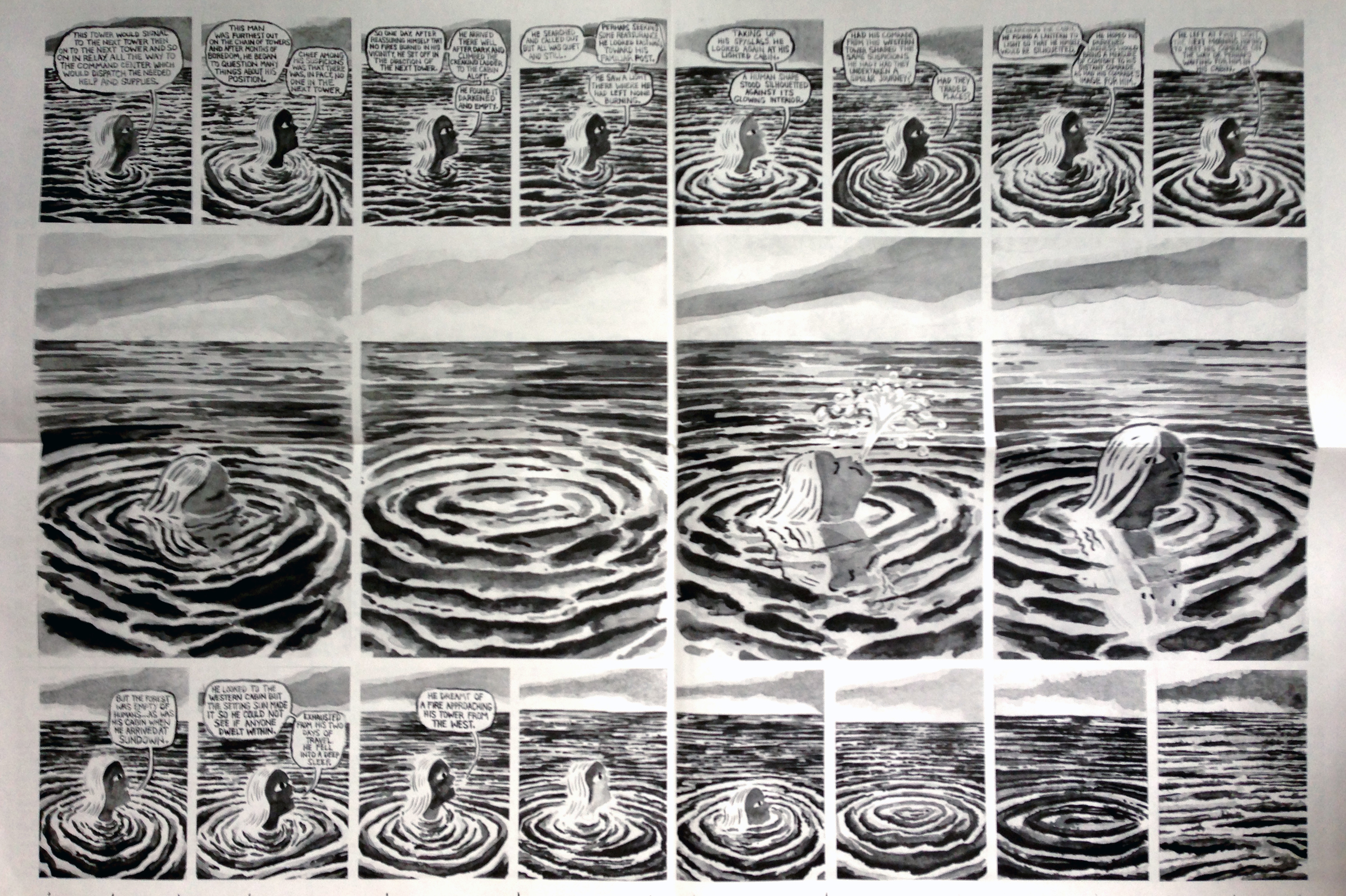 In the interior, Jennifer Chen-su Huang lists 115 memories that the sound of the wind evokes, a series of personal recollections ranging from the minor to the deeply personal. In the final broadsheet, two friends have tea and discuss a protest. The focus is on the hands — the small actions of preparing tea or unpacking a bag overlaid by conversation. The hands go into a bag, pulling out the sign one the friend brought to the protest, the broadsheet’s interior, when opened, revealing the sign itself (and doubling as a poster): NO RACIST LEADERS.

All of these small moments amount to something more, and the unfolding of the broadsheets themselves as you read build towards a larger perspective. Much like a suite of music, the individual works here stand on their own, but when collected, they’re all the stronger, the interplay of ideas and themes creating a cohesive and stronger whole.