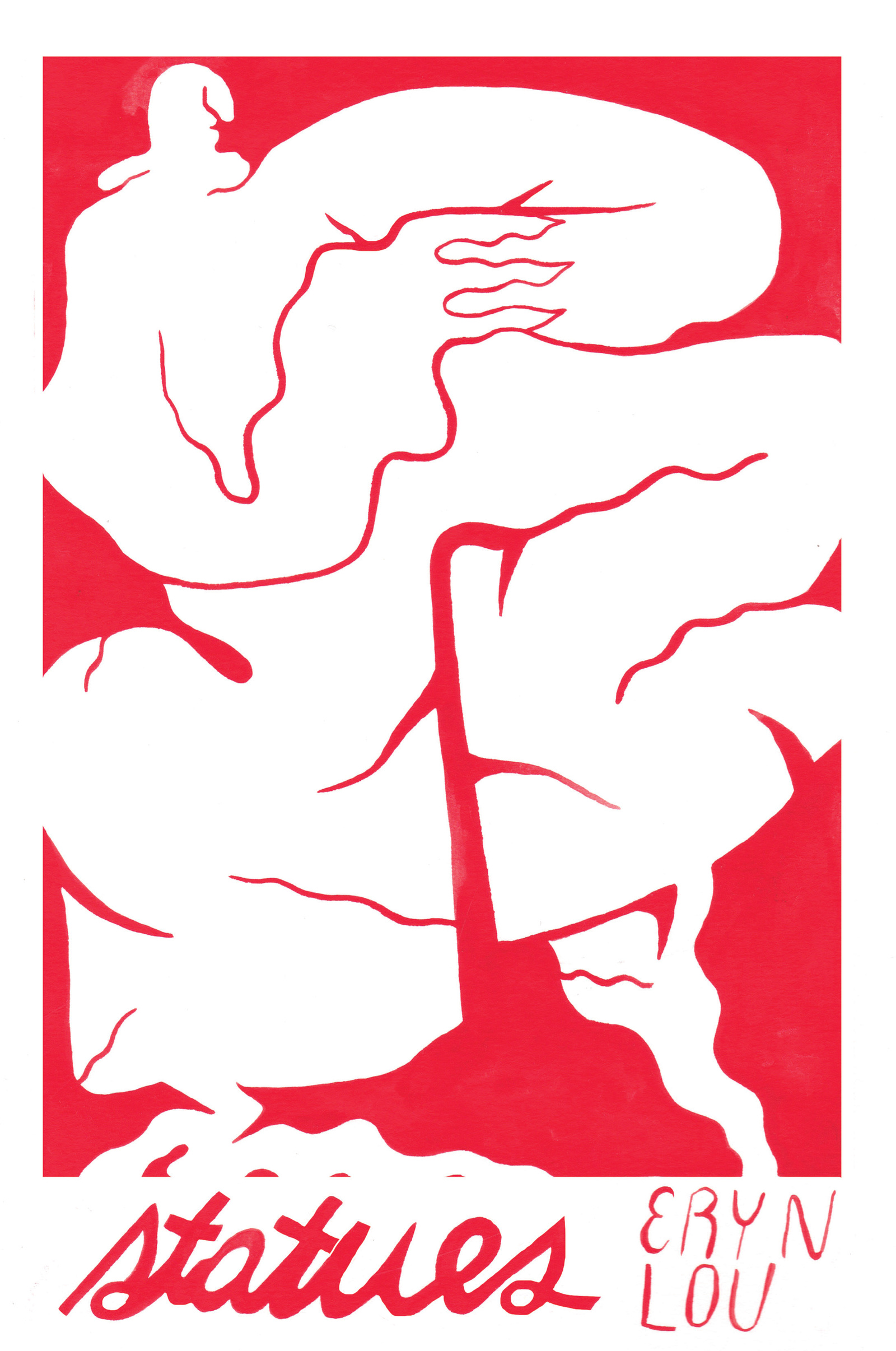 Statues collects a number of recent comics from Toronto’s Eryn Lou, with each copy of the zine including an original drawing.

Lou’s comics have a strong sense of motion. The wavy line of their figures’ clothing giving a sense that nothing is really standing still. The characters billow out to fill the panels and pages, like an elaborate haute-couture design, each one unique and wholly unto themselves. The two-page spread at the centre of the zine best exemplifies this, a vibrant border surrounding two figures waltzing, their bodies seeming to meld into one mass as they flow into one another. In another comic — a small, silent set of four-panels — a figure walks as their pants balloon up in size, threatening to overtake them.

There’s not really a sense of any ‘theme’ that binds together the work in Statues, but this is not to its detriment. Each comic stands alone, with the typically short length of each letting them rely on their own strengths. A single figure poses, two converse entirely in punctuation marks, a cowboy realizes the truth behind ‘riding into the sunset.’ The brevity of each piece only makes them stronger. There’s no real need to ‘breathe’ between each comic as one moves onto the next. It’s a light read, but that’s not to say that it’s a weak one. There’s a palpable sense of an artist exploring themselves and the ways they want their work to be seen. I’m excited for what’s next.

Want a peek inside the zine? Check out excerpts of Statues here.