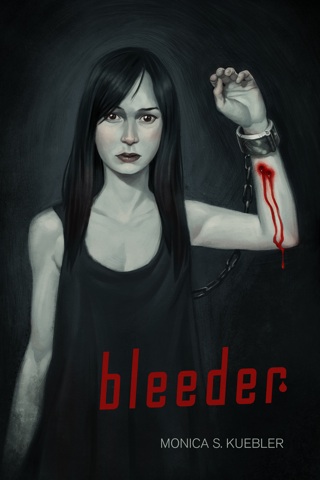 As a young reader, stuck in the netherworld between kid’s books and the worn volumes on my parent’s shelves, I lived and died for good stories about people my own age. Gordon Korman, Kit Pearson, Lois Lowry, Jerry Spinelli, Bruce Coville, Constance Greene — all these writers managed to speak in relatable, engrossing voices, rendering everyday and not-so-everyday teenage characters in a smart and credible way. Ultimately I graduated to the offerings on my parent’s shelves, but I always remember those books as great sources of delight and comfort during that period of my life.

Today, mainstream YA fiction is booming. The market is flooded with teen fiction of varying quality, with many authors hoping to emulate the success of J.K. Rowling or Suzanne Collins. But what about authors and presses who exist on the margins? Where does indie teen fiction slot in?

Recently in Canada, there have been some small movements within genre-based independent YA fiction, with a few promising new presses launching and certain imprints like ChiZine forging the way with teen-centric book lines. Still, it seems the small press scene has only gingerly entered the pool of the YA market, and more often than not, it’s for passion — not profit.

“I think that, maybe, for each publisher it could be a different reason,” says Colleen McKie, one of the co-founders of Fierce Ink Press, a brand new imprint that specializes in YA genre fiction. She speculates that perhaps, for some small presses, teen fiction just doesn’t fit. “Adding YA titles to a small press can be expensive: you have to have editors that know young adult fiction, writers and sometimes different cover designers, etc. I don’t think that any small press sets out to purposely exclude YA. I think they each have their niche.”

Fierce Ink’s niche is genre writing from the Atlantic provinces. Both McKie and her business partner Kimberly Walsh have experience in the YA realm — Walsh worked in social media with CBC Books and Canada Reads, while McKie has reviewed and covered YA writing for various media, including her own blog, Lavender Lines. In September the press released its first book, Kat Kruger’s werewolf novel The Night Has Teeth, which won the 34th Atlantic Writing Competition. McKie and Walsh have kept costs down with a few inventive measures — funding the print run in part through an IndieGogo campaign, and sending Kruger on a low-cost “Blog Tour” with a series of virtual Q & A sessions on various book blogs. “We wanted to study the traditional publishing model and what self-published authors are doing and take the best from both worlds,” McKie says. 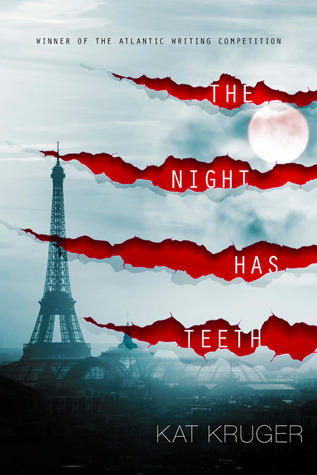 YA writer Monica Kuebler has been serializing her teen vampire novel Bleeder online since January of 2012, posting a new chapter a week using a variety of free online fiction sites — Wattpadd, Scribd, Goodreads and Authonomy (you can also read each chapter at bleederbook.com). (Note: Since this story was published in Broken Pencil, Kuebler has completed Bleeder and plans to begin serializing the sequel, Ruler next September. A novella set in the Blood Magic “Bleederverse” titled Letters from New York will be published online in March 2013.)

Kuebler — who works as managing editor at the horror magazine Rue Morgue and runs her own micro-press Burning Effigy — acknowledges she’s a little late to the vampire boom in teen fiction, and that is part of why she chose this distribution model. “I felt my options were: write the story and wait for the next vampire cycle to come around to try to sell it, or don’t wait and serialize it online and try to get it working for me now,” she says.

The serialized format also forced Kuebler to regularly share her work with a wider audience. “There is no time for stage fright when you’re chasing weekly writing deadlines,” she says.

“I think the boom in self-publishing that we’ve seen recently is amazing,” says McKie. She has seen YA authors tire of looking for traditional book deals – and even when such opportunities are obtainable, many often lose control over their work. “This way, the author gets complete control of their book.”

Then there’s publishers like ChiZine, who launched their YA imprint ChiTeen in early September. Co-publisher and ChiZine managing editor Sandra Kasturi said the move to YA was a natural fit. “We’d already published a few books that are technically YA, like Tone Milazzo’s Picking Up the Ghost and Daniel Rabuzzi’s series, The Choir Boats and The Indigo Pheasant,” she says. “Now we’re just branding it.”

The new imprint will approach specific authors for releases, with their first — a collaboration between ChiZine author Paul Tremblay and horror icon Stephen Graham Jones — coming up in 2014. For Kasturi, talent and
authenticity remain key, and she’s wary to lump ChiTeen in with the glut of major-market YA books that have appeared in recent years.

“Everyone thinks you can make big bucks with YA, so everybody and his brother wants to do it,” she says. “That doesn’t mean that everybody can do it. I think it takes a knack for hearing that childhood voice, for knowing the things that interest kids. And that’s tough — I think we’ve seen more generational shifts in perception and attitude in the last 40 years than ever before in history.”

One gets the sense that passionate publishers like Kasturi and McKie and authors like Kuebler would be creating and generating YA stories regardless of what the market dictated. For them, the thrill is in the challenge — developing a believable young narrator, creating a fantastic and enticing world, and providing their readership with the entertaining and intelligent stories that they deserve.

“I remember being in high school and hating when people suggested that I didn’t know what I felt/wanted/believed in/etc. just because I was young,” Kuebler says. “I try to build characters that are layered and complex and believable, and situations and dialogue that feel genuine and honest — even if it’s a far-fetched monster story. Teens are much smarter and more perceptive than we often give them credit for.”