Back in 2012, Natalie Zina Walschots wrote a profile of the fierce independent Canadian publishers at BookThug. Two years later the publisher continues to flourish and produce fascinating, groundbreaking and award-winning works of fiction and poetry. We are very pleased to bring them on board as our featured publisher in the Indie Writer’s Makeover prize for Deathmatch 7! The winner of Deathmatch will receive a consult with BookThug as well as meetings with lit agent Sam Hiyate and Globe & Mail author Russell Smith. What are you waiting for? Enter Deathmatch now! 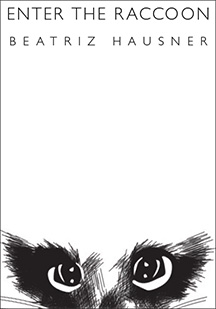 When the ReLit Awards, which recognizes books by Canadian authors published by independent presses,released its long list on Monday, September 4, 2012, BookThug managing editor Hazel Millar said she was both pleased and relieved to see four titles from her press on the list of nominees. She admits that she wondered, “would it ever happen again?” after the unprecedented year — when it comes to literary awards — that BookThug had in 2011. And so even to get a long list nod in 2012 is comforting. It means that 2011’s extraordinary success was not a fluke. “People are still paying attention,” publisher Jay MillAr adds, with equal measures self-deprecation and pride.

Last year, BookThug performed extraordinarily well during awards season. Three of the five short list nominees for the Governor General’s award in poetry were BookThug books: Michael Boughn’s Cosmographia: A Post-Lucretian Faux Micro-Epic, Kate Eichhorn’s Fieldnotes: A Forensic, and Phil Hall’s Killdeer. Hall’s book ultimately won the award, and would go on to be shortlisted for the Griffin Prize and win the Trillium Book Award in what MillAr calls “the holy trinity of awards for writers in Ontario.” In the wake of Hall’s success, BookThug’s reputation as a literary heavyweight in Canadian poetry has continued to grow.

The story of BookThug, however, is not that of a respected and weighty literary institution. Rather, it is founded entirely on an independent, punk, do-it-yourself ethic. Jay and Hazel Millar have been making books together since they met in London, Ontario back in 1991 — with Jay handling the aesthetic decisions and editing duties, and Hazel taking on the promotions and business aspects of the press.

After attending a reading by poet and small-press pioneer bill bissett, then-first-year student Jay MillAr sought out some of bisset’s publications via his imprint, blewointment press. “A lot of it looked like it was printed on refuse and stapled together,” Jay notes. “I discovered a lot of books in the library that didn’t have spines, and that were mostly made by people in Toronto, like Stuart Ross and Crad Kilodney. In that way, I figured out that anybody could be a publisher — all you had to do was make books.”

Jay and Hazel started publishing — mostly Jay’s work — under the banner Boondoggle Books in 1991. Later, after moving to Toronto in the late ’90s, Jay decided to change the name of the press and came across an inspiring phrase in the poem “Prole” by Daniel F. Bradley. “There is a line that talks about book thugs hanging around corners arguing about language. I liked the way the words ‘book’ and ‘thug’ don’t go together, and yet they totally do,” he says. Poets often fight about aesthetic choices, such as the public and much publicized battle between Carmine Starnino and Christian Bök, yet constructive dialogue often emerges out of that conflict. In the Millars’ case, it resulted in the naming of BookThug. 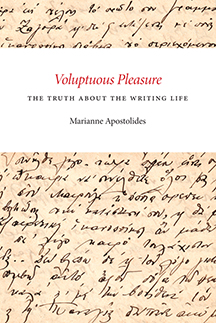 The name also embodied their desire to combat the status quo. For years, BookThug existed as a very small art press that made extremely limited-edition ephemera, primarily chapbooks. That all changed in 2004, when MillAr had completed a year as poetry editor for Coach House Books in Toronto. Just as MillAr was leaving the position (the press decided they could no longer afford a full-time poetry editor), the Harbourfront Centre put on the Super Danish Festival and pitched an anthology of Danish poets who were reading at the event to Coach House. While that press turned it down, Jay snapped up the offer, took the money the Danish Arts Council offered for publishing and translating the work in English, and put together the collection Pencils of Rays and Spiked Mace. It was BookThug’s first trade edition, what Jay describes as their “first book with a spine.”

After that, BookThug continued to make vertebrate books. That same year, they put out efforts from Daniel F. Bradley, Gustave Morin, Rob Read, Gregory Betts, Morten Søndergaard and Elizabeth Bachinsky. All of BookThug’s early work includes the phrase “published without assistance” in the acknowledgements, a defiant statement that all of the books were made without the assistance of grants or other funding.  It’s what Jay describes as “the crazy audacity that it could be done.” However, as years passed and BookThug became too large to be simply a labour of love, it became more and more of a Canadian institution, ultimately reaching out for funding. Jay muses that, “in fighting against the establishment, we became that
thing.” 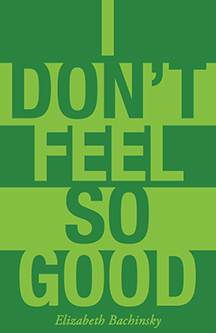 The increasingly established and powerful status of the Millars’ imprint hasn’t discouraged them from taking in challenging and sometimes ridiculous projects, including books with very demanding print requirements like Angela Szczpeniak’s The QWERTY Institute (Annual Report) which follows the expeditions of a typographic naturalist hunting letters like big game. If anything, their newfound security has encouraged it. The press continues to defy regionalism and proudly publishes books from all across Canada, also occasionally taking on international titles, creating possibilities for dialogue. They have increasingly sought out and published Québécois literature, and their list features French Canadian writing in translation such as the recently ReLit-nominated Flowers of Spit by Catherine Mavrikakis.

Jay maintains fiercely that “goodness isn’t dictated by style” and publishes a diverse range of styles that make room for everything from confessional lyric poetry to computer-generated work and experimental visual poetry. BookThug continues to celebrate the fact that poetry is always fighting with itself by making those arguments as productive as possible. When it comes to curatorial aesthetic, he declares that the only guiding principle is, “the editors will publish anything they like.” He says that curiosity informs his curatorial role, as does his desire to challenge expectations and push the artistic envelope. Hazel Millar adds that Jay has always sought to publish “what wasn’t out there yet,” and both emphasize that they find stereotypes “really annoying and silly,” especially in regards to what a poet is and does. BookThug’s line-up actively pushes against this, even against the stereotype of what a BookThug book is, what that means and has become.

As an established, working press, BookThug now has two major seasons for trade books — fall and spring — and also publishes chapbooks at will throughout the year. Each season contains six fundable books by Canadian authors, complete with a spine and an ISBN number and one “un-fundable book” from an international author to stimulate cross-border dialogue. While the main focus of the line-up is always poetry, other “departments” of the press have also sprung up, all informed by a strong poetic influence. There is the Department of Reissue, which
publishes work that was lost or previously available only in a very limited format, such as The Sands of Dream by Thérèse Renaud, the very first surrealist text published in Canada, made available in English for the first time; bill bissett’s Rush: what a fuckan theory: a study in language criticism out-of-print for 40 years and presented now with new material, a contextual afterword and an interview with bissett about its creation; and lost fiction by H.D. There’s also the Department of Narrative Studies, a line of experimental prose that is highly influenced by poetry and poetic styles that challenge what narrative is (like Stephen Collis’s forthcoming The Red Album, a text that questions historicity and the idea of the document). Lastly, there’s the Department of Critical Thought, a
line of poetic criticism (exemplified in works like Nilling by Lisa Robertson and Killdeer: essay- poems by Phil Hall).

BookThug is also interested in developing a line of creative non-fiction. Their first foray into publishing this type of work occurred very recently when they took on “mosaic-travelogue” Nobody Rides for Free by John Francis Hughes and Voluptuous Pleasure by Marianne Apostolides. Lately, the BookThug line-up has been dominated by extraordinary challenging works by women, which Jay notes is a natural extension of what his press has always sought to do: battle against the dominant paradigm. Through a combination of blind submissions and active
solicitation, Jay has put together an extremely exciting list of work by females because he wanted to suggest, “there’s a lot more to look at than work by men.” The latest season includes mind-bending work by the likes of Angela Szczepaniak, Nicole Markotić, Christine McNair, Aisha Sasha John and more.

The future for BookThug looks similarly subversive and bright. When asked about their forthcoming line-up, the Millars excitedly describ 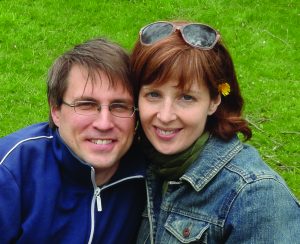 e a “stealth-book” by Elizabeth Bachinsky called I Don’t Feel So Good, which was intended to be a chapbook, but somehow became a full-sized trade. There’s also Beatriz Hausner’s Enter the Racoon, described as “Amy Winehouse meets the Marquis de Sade,” or “a love affair between a woman and
a raccoon with a rather extravagant prosthetic.” Lastly, there is a survey of Canadian reviews since 1961 by Donato Mancini, in which he states that when a book of poetry is reviewed, the poetry is never talked about, and Michael Boughn’s next effort: Great Canadian Poems for the Aged.

For all their awards and increased cultural cachet, BookThug remains proudly rooted in the if-you-don’t-do-it-nobody-will aesthetic. Jay simply believes that, rather than BookThug doing everything, “why not take that money [from grants] and do what I want with it? And then win awards in the process, and make beautiful books people are looking for, just as I was looking for them?”

In the end, that is what drives BookThug forward: a desire to make the kind of books that Jay and Hazel Millar want to read and believe should exist — books with backbone, books with spine.