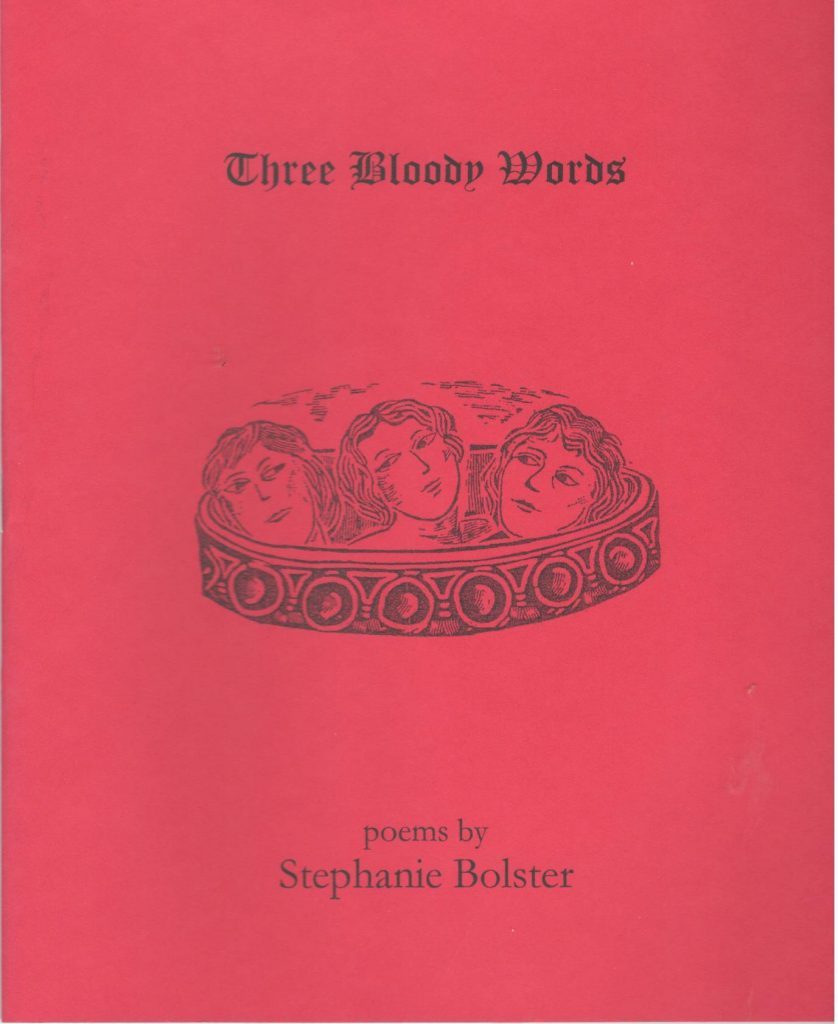 This is an anniversary publication, a reissue, twenty years after the original release, celebrating Stephanie Bolster’s chapbook Three Bloody Words­—a sequence of poems and short paragraphs aiming to rewrite well-known fairytales from the perspective of the princess. Now with an afterword by the author, Bolster describes her feminist project, her desire “to reclaim women’s narratives … I was, simply and sincerely, claiming identity as a writer. In giving these women a voice, I was giving myself one.” Modeled as retellings of fairytales, these pieces are thematically linked by their consistent exposure of the latent violence inherent to so-called children’s stories—“To think they read these stories to children” being one of the poem’s titles. While the fairytales are never named, the narratives are presumably so familiar to most readers that select elements are enough to cue in the reader that, for example, a man lurking in the forest, threatening a girl dressed in red, is most probably based on Little Red Riding Hood. Similarly, a girl with “snow-white skin/ blood-red cheeks, hair as black as ebony” is sufficient to position the under-aged, coerced and subsequently vengeful child bride as Snow White and the Seven Dwarves. What sets Bolster’s retellings apart from similar work by, for instance, Anne Sexton, is her insistence on the contemporaneous nature of the narratives. When “this guy in a suit comes & asks what’s it like being in fairytales he’s doing his thesis,” it becomes clear that the entitled, patriarchal, often aggressive and nonconsensually-inclined archetype of the Disney prince has just changed his guise for modern times; “it was the same old story.” The legendary “happily ever after” postures as the continuity of fairytale violence and inequality into the present day. (Klara du Plessis)