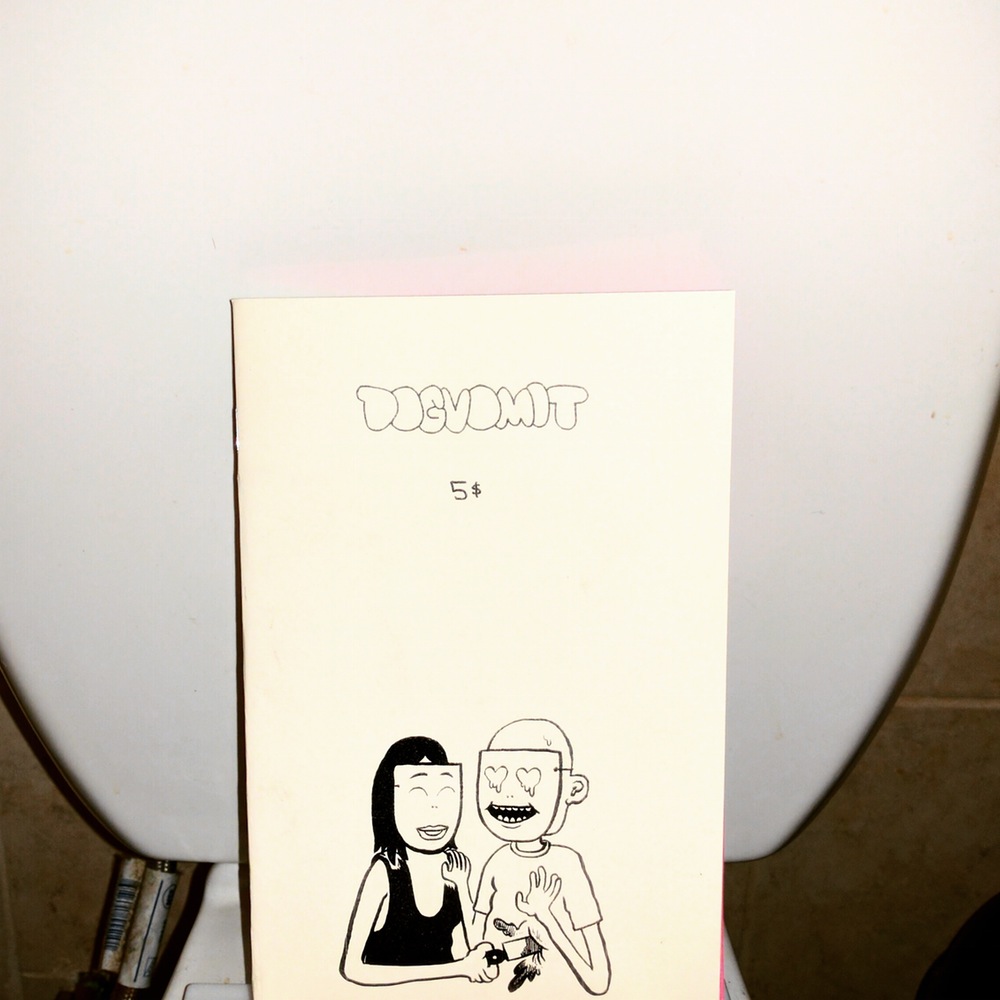 “This is all I’ve got.” This statement, written self-deprecatingly by artist JB in the front cover of his latest zine Dogvomit might prime an uninitiated reader for something a little breezy and silly — but after finishing the zine, the blunt opening statement takes on a very different meaning. Dogvomit unabashedly depicts the processes of dating, hooking up, breaking up and breaking down in a series of illustrated panels. As with his previous zines, many of which were released by Vancouver’s Comics Company, JB cracks himself open and oozes all over his pages. Dogvomit takes violence and erotica and meshes them together to create a very poignant look at how dramatic and sickening it can feel to have your heart broken. One of my personal favourite pages is “Some Things My Dog has Witnessed,” a four panel strip showcasing the dark times that a person would want to keep entirely secret, unfolding before the non-judgemental eyes of a pet. According to this page, JB’s dog has witnessed suicide attempts, drunkenness and fighting violently with a partner. Some will read this issue and call it unapologetically honest; others will read this issue and call it vulgar and juvenile, which is what JB does in the introduction. Overall, DOGVOMIT is a heavy read coming out of what seems to be an incredibly dark place, but it also feels like an exorcism in and of itself because everyone can relate to feeling stepped on. (Richelle Charkot)